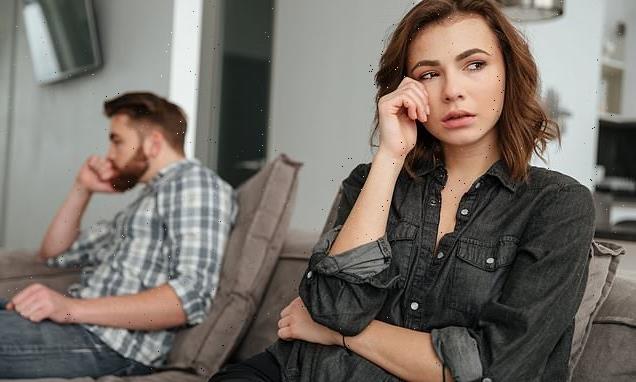 Six signs YOU’RE stuck in a ‘situationship’: Expert reveals the red flags that signal your partner will never commit – from being hesitant to meet family to avoiding ‘deep’ conversations

It is a common issue facing newly coupled up people around the world: you are falling for your partner but you’re just not sure if they’re serious about you.

Relationship experts have coined a phrase for this ‘relationship purgatory’ – it’s the ‘situationship’.

Unlike a friends with benefits situation, those who find themselves in a situationship can have romantic feelings for each other, but their relationship status remains undefined.

However they don’t have the full commitment of a relationship and might find themselves missing out on the full enjoyment of a ‘proper’ relationship.

A survey of more than 12,000 users of dating app Hinge revealed one and three people have been in a ‘situationship’ over the last year.

But how do you recognise that you’re in one before it’s too late?

Hinge’s Director of Relationship Science and author of How Not to Die Alone, Logan Ury told Femail the six red flags to look out for if you fear you could be falling into a situationship… 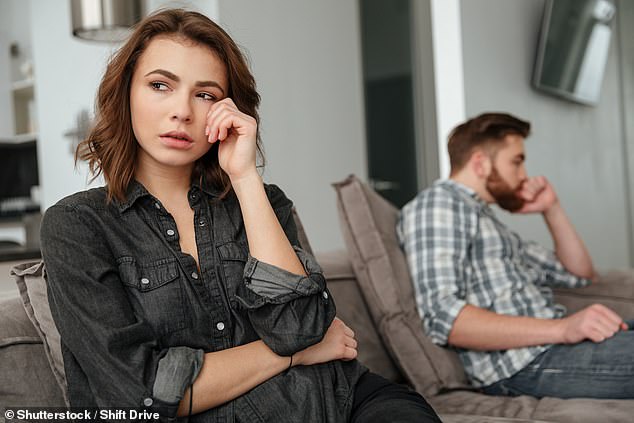 The signs include evasive body language, not introducing you to their friends and family after a substantial period of spending time together or never talking about the future. Stock image

They won’t define the relationship

They’re avoidance ninjas, changing the subject, pretending they didn’t hear you, or using vague terms that leave you confused. Being evasive is a sign that they are being dishonest with you.

Even if it’s because they are not sure what they want, you still need them to be honest about that.

When we asked our community what made a previous relationship hard to define, the most common answer, given by 56 per cent of Hinge users, was ‘I didn’t know what they wanted from the relationship.’

In these situations, I recommend asking them something like, ‘I’m developing feelings for you and think we could be great together and would like us to be exclusive. How do you feel and where do you see us headed?’

They will define the relationship but something is amiss

On the other hand, they do define the relationship and their actions match. Hallelujah! But something is niggling you.

Their body language is telling you that they don’t quite mean what they say when they tell you they are invested in a long-term, exclusive relationship.

Research finds that the brain notices inconsistencies between what people say and the non-verbal communication accompanying it.

So for example, if they say they’re excited about this relationship becoming something serious, but they struggle to maintain eye contact or are even scouring the room for exits, pay attention.

Naturally ask various questions over time and keep watching to see if their body language suggests that they mean what they say.

You’re reluctant to ask them what your relationship status is

You are not asking the questions you want to ask because you’ve intuitively gleaned that their answer won’t be what you want to hear.

If you want to be in a long-term commitment but keep holding yourself back from determining the relationship status, you’re likely in a situationship.

The good news is that many people out there do want a serious relationship.

So own your worth and value your time; if they don’t want the same things as you, it’s time to keep searching for the ones who do.

When you’re really into someone, you want to more deeply connect with them as things progress. You genuinely want to learn about them and tell them things about yourself.

If they’re not spending as much time with you as you would expect in a new relationship, and/or the conversations aren’t becoming progressively deeper, they’re not considering a long-term relationship with you.

If they don’t feel that connection with you, that’s okay, it’s just not meant to be. Better to know sooner than later. Straighten your crown, wish them well and move on. 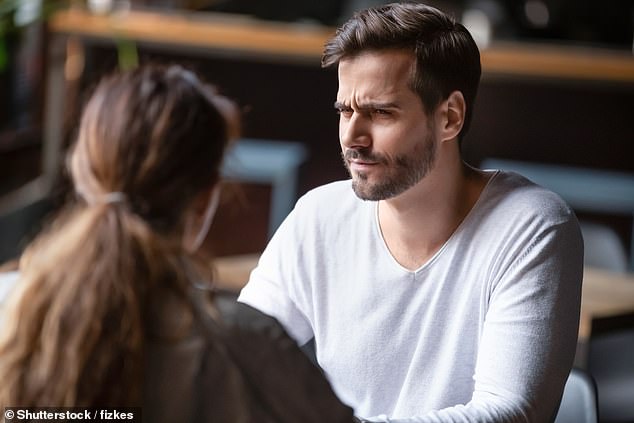 A man who isn’t sure about the future of your relationship might start acting aloof. Stock image

They haven’t introduced you to any friends or family

Once you’ve been dating long enough, it’s a natural next step to want to introduce your partner to your loved ones.

Perhaps you’ve suggested this and they seem hesitant or they will meet your friends but they won’t introduce you to their own.

Ask questions to find out why as they may have a valid reason you haven’t considered, but if their response doesn’t seem satisfactory, it could be a sign that they aren’t taking the relationship seriously.

You don’t talk about the future

It’s wonderful to live in the present moment but it’s natural to plan ahead for the things that are important to us.

It doesn’t take much to even just pencil something in like, ‘We’ll check our diaries but do you want to meet up this Friday or next week sometime?’

If you never seem to plan the next date before you end the one you are on, are they really even that into you? Probably not.

So next time you’re searching for love, remember this: being clear about your dating goal attracts people with similar intentions.