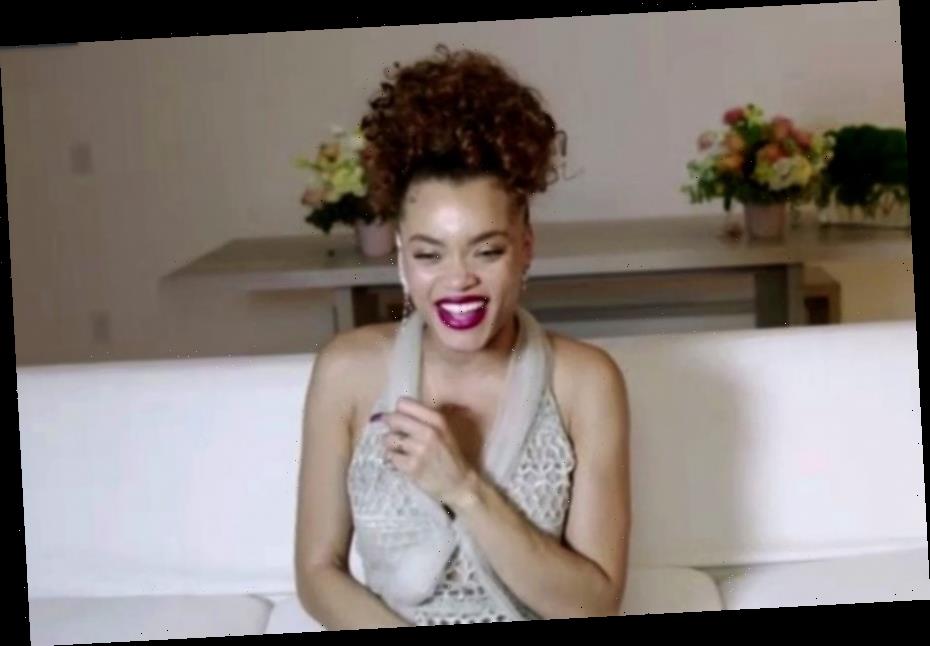 Fresh off of her historic win at the 78th Annual Golden Globe Awards, Andra Day was pleasantly surprised by none other than multi-hyphenate actress Regina King during an exclusive interview with Access. King, who was nominated for Best Director of a Motion Picture at the awards, congratulated Day as the two ecstatically hugged in a near-tearful embrace. The heartwarming video elicited all the emotions of Black girl magic for fans on Twitter.

Later in the interview, when asked how proud she is of the now award-winning actress and stellar vocalist, King joyfully responds, “Oh my god. Are you kidding me?”

Day also took the time to uplift King and pay homage to other Black creatives in the industry that forged the path for her win. “She’s standing here right now, but this woman, Regina, you know all these amazing actors, and all these amazing people who came before, that’s blood.”

Day is only the second Black actress to win a Golden Globe for best actress in a motion-picture drama. The first Black actress to receive the honor was Whoopi Goldberg for her performance in The Color Purple in 1986. Day, who was a first-time contender at the ceremony, was nominated for her incomparable portrayal of Billie Holiday in The United States vs. Billie Holiday alongside Viola Davis (Ma Rainey’s Black Bottom), Frances McDormand (Nomadland) Vanessa Kirby (Pieces of a Woman), and Carey Mulligan (Promising Young Woman).

“That’s why this movie makes me so proud. All of these stories that have been suppressed and all of these stages and places that we have not been invited to that we haven’t been represented in,” Day says of her monumental accomplishment. In response to what’s to come,  she responds, “God is great. If they say I’m ready, they think I’m ready – I’m ready!”