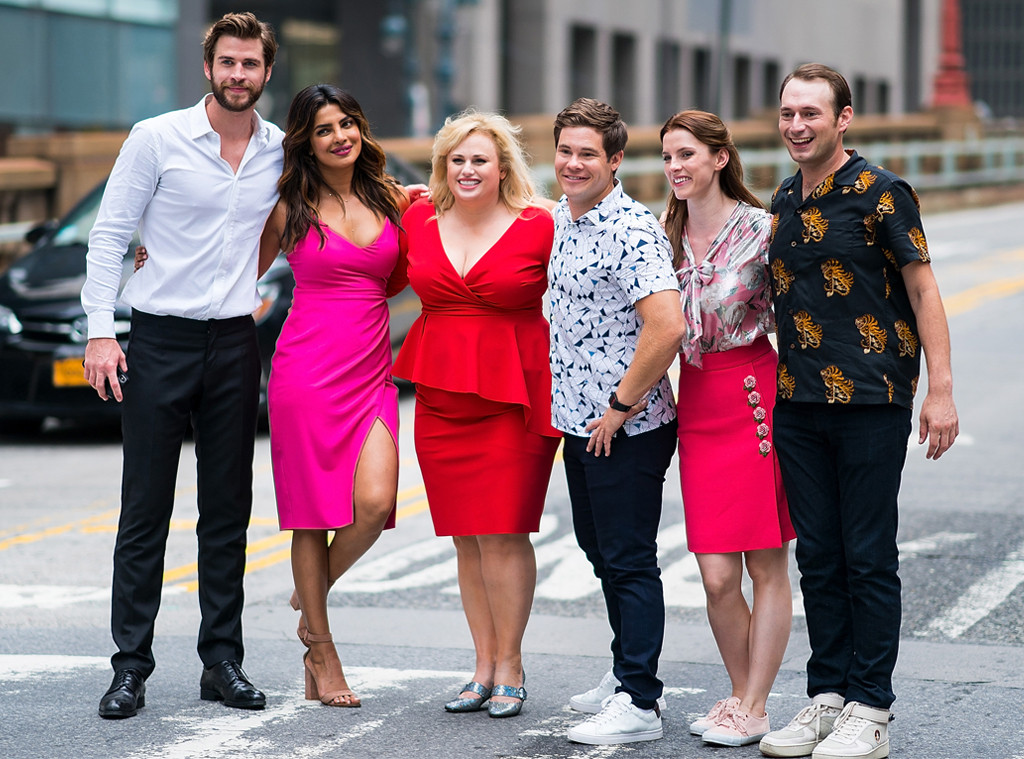 The cast of Isn’t It Romantic has been having a very romantic month!

Liam Hemsworth just confirmed this week that he and Miley Cyrus have officially tied the knot. The duo got married in an intimate family ceremony in Tennessee on Dec. 23, about 10 years after they first met and fell in love on the set of their movie, The Last Song.

“Miley and Liam couldn’t be happier with how their wedding went over the weekend,” a source told E! News of the nuptials. “The two of them have been inundated with congratulatory wishes from friends and family all over the world. A lavish ceremony wasn’t important to Miley or Liam, all that mattered was that their families could be there.”

The couple was joined by Hemsworth’s brothers Chris Hemsworth and Luke Hemsworth at the ceremony, as well as Cyrus’ parents, Billy Ray Cyrus and Tish Cyrus, and her siblings Noah Cyrus, Brandi Cyrus and Braison Cyrus.

And now that two of her co-stars from the movie are married, Rebel Wilson has declared that she’s getting married next. Wilson took to Instagram to post a photo from the movie, writing to her followers, “@liamhemsworth ‘s now married, @priyankachopra ‘s now married – ummm I think ISN’T IT ROMANTIC has the MOST loved up cast ever? So i’m pretty sure I’m next …so I’m about to tear up these holidays!”

Take a look at the Isn’t It Romantic trailer above to get a sneak peek of the movie!