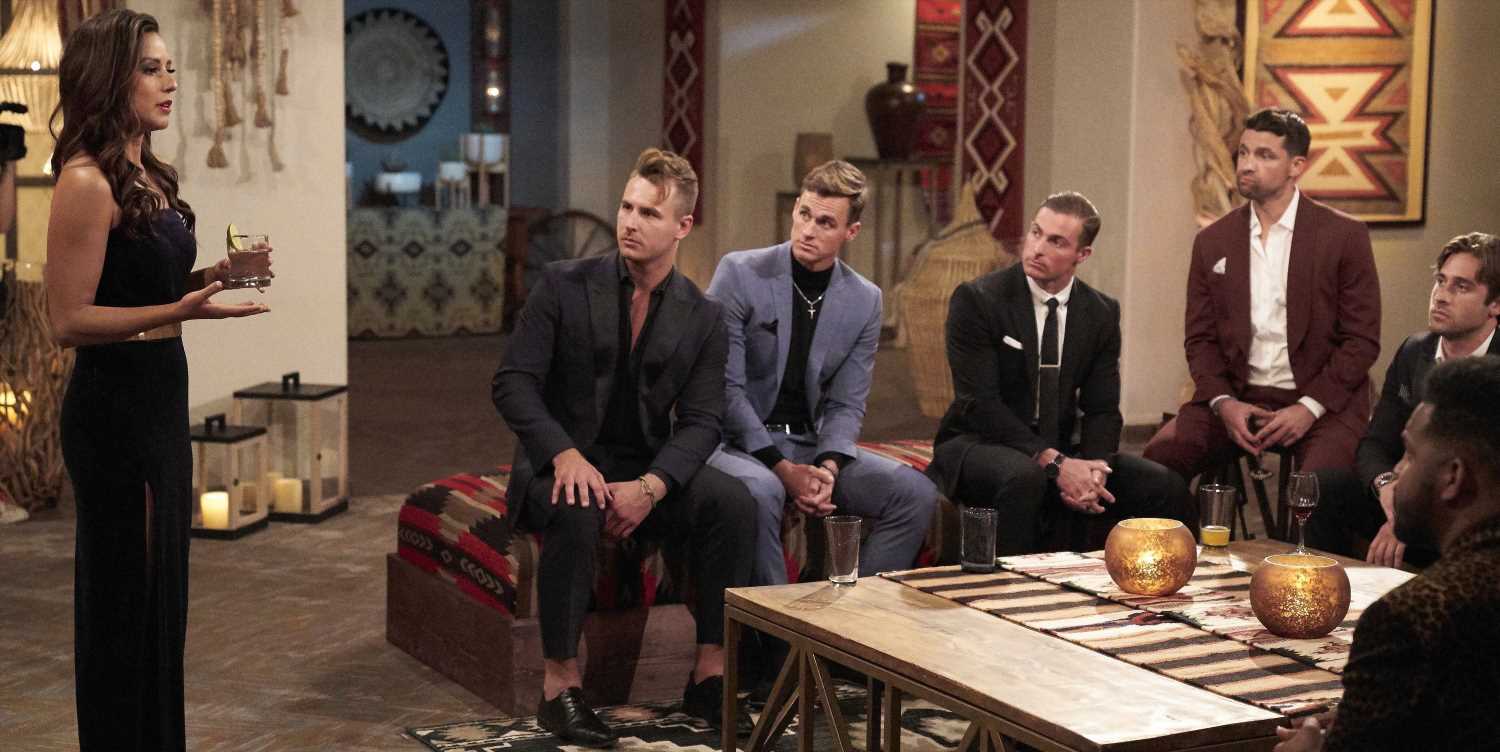 Katie Thurston’s journey to find love is coming to a close—but not before the men get a chance to say their peace. This Bachelorette has not been shy about voicing her opinions and neither have the guys, tbh.

During the “Men Tell All” episode, the guys will have one more chance to explain to viewers (and Katie) a little more about what happened when the cameras weren’t rolling. Tbd if there will be big drama of Queen Victoria proportions or a sweet reunion of best buds.

If you can’t wait to watch Katie’s guys hash it out on live television, then Reality Steve has you covered. The “Men Tell All” special recently filmed and, according to Reality Steve, it was a lot. Here’s everything you need to know about the MTA episode:

Warning, spoilers ahead! Stop reading here if you don’t want to know what happens on The Bachelorette’s “Men Tell All” special!

When will the “Men Tell All” episode air?

You can catch all the drama for yourself when the episode airs on Monday, July 26th on ABC at 8 p.m. EST.

When was the episode filmed?

After the guys quarantined for a few days, the episode was filmed at the Hotel Amarano on July 15th in front of a live audience, Reality Steve said on his blog. “And there was an audience in attendance as well,” he added. (Yes, you read that right. Get excited for a real live audience.)

The hotel looks like the perfect place to spill some Bachelorette tea, since it’s in the heart of Hollywood. “Inspired by the glamour and spirit of Old Hollywood,” the hotel has a massive saltwater pool, poolside daybeds, and an upscale bar and restaurant combo. Does that mean an after party?

Which contestants will be at the “Men Tell All?”

That’s the big question. Reality Steve didn’t drop intel on the contestant guest list or everyone who flew for filming… yet.

There’s only one confirmed: Michael A. “At the beginning of next weeks episode, we’ll see Michael self eliminate because of his son, and Katie never meets his family,” Steve said. “Then the episode will transition into the “Men Tell All,” which was filmed this past Thursday and Michael was there.”

Need a refresher on all of Katie’s previous flames and who you might get to see again? WH has all the Bachelorette contestant info you need here.

The dynamic duo who have been by Katie’s side this whole season return to host the Men Tell All, too. “Kaitlyn and Tayshia hosted,” per Steve.

And, they didn’t try to keep it a secret, either. “Kaitlyn and Katie are currently quarantining at the Hotel Amarano in Burbank based on their social media posts yesterday. They clearly don’t care about showing people where they are,” he added.

What happens at the “Men Tell All” special?

There aren’t any specific details yet about what kind of drama might come out between Katie and the guys. But based on past “Men Tell All” and “Women Tell All” episodes, you know it will get real.

Matt James’ WTA revolved around the major house drama between the women, plus some unresolved relationship tension to work through. Then, Tayshia’s MTA was “bizarre,” and definitely entertaining. 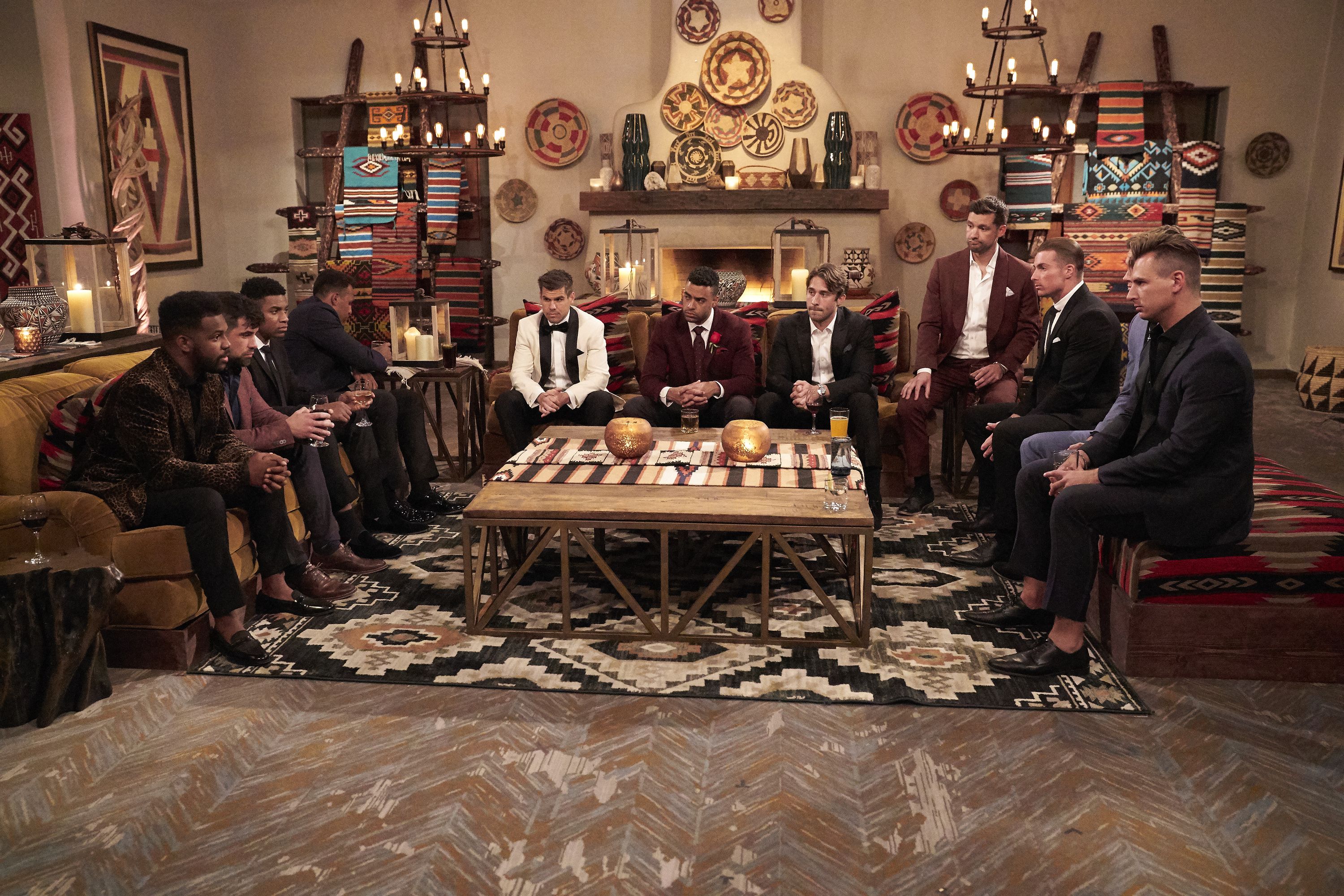 Either way, make sure you pop extra popcorn in advance.

When is The Bachelorette finale anyway?

Katie’s season will officially end on August 9th, when the finale airs. But if that feels too far away, you can catch up on all the finale spoilers here (including who wins!).

And get ready for the “Men Tell All” episode, airing on July 26th on ABC.