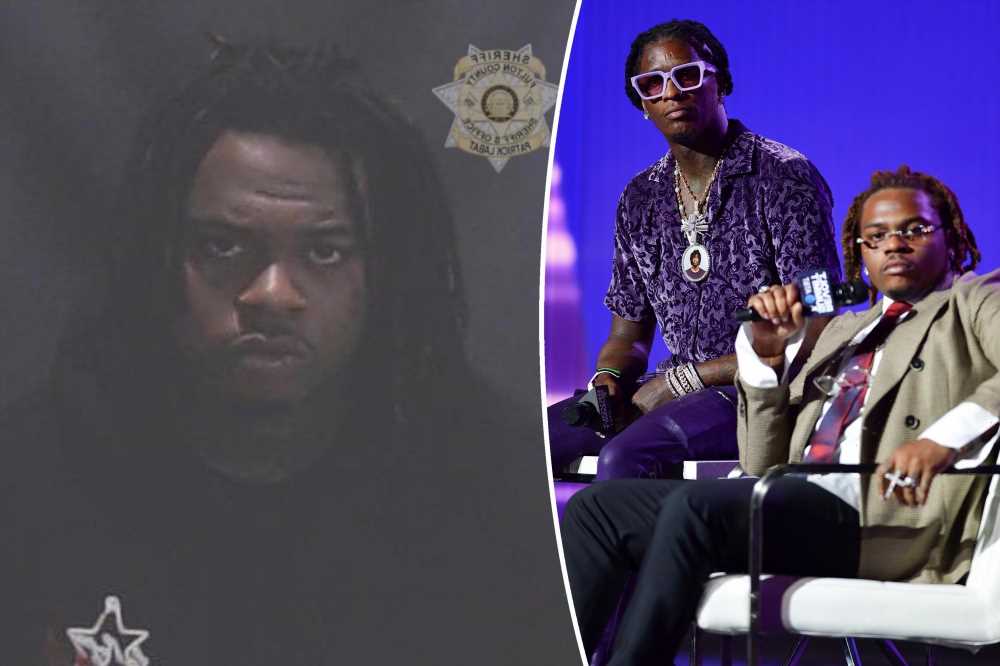 Gunna is now in custody after turning himself in to authorities for a gang-related indictment.

Gunna, whose real name is Sergio Giavonni Kitchens, is facing a single count charge of conspiracy to violate the Racketeer Influenced and Corrupt Organizations Act (RICO).

Reps for Gunna did not immediately respond to Page Six’s requests for comment.

As previously reported, the Atlanta musician was named in a sweeping gang indictment alongside fellow rapper Young Thug.

The 88-page indictment targeted alleged members of the Young Slime Life (YSL) gang, listing more than 180 acts that prosecutors allege were committed from 2013 onward in an effort to further the gang’s interests. 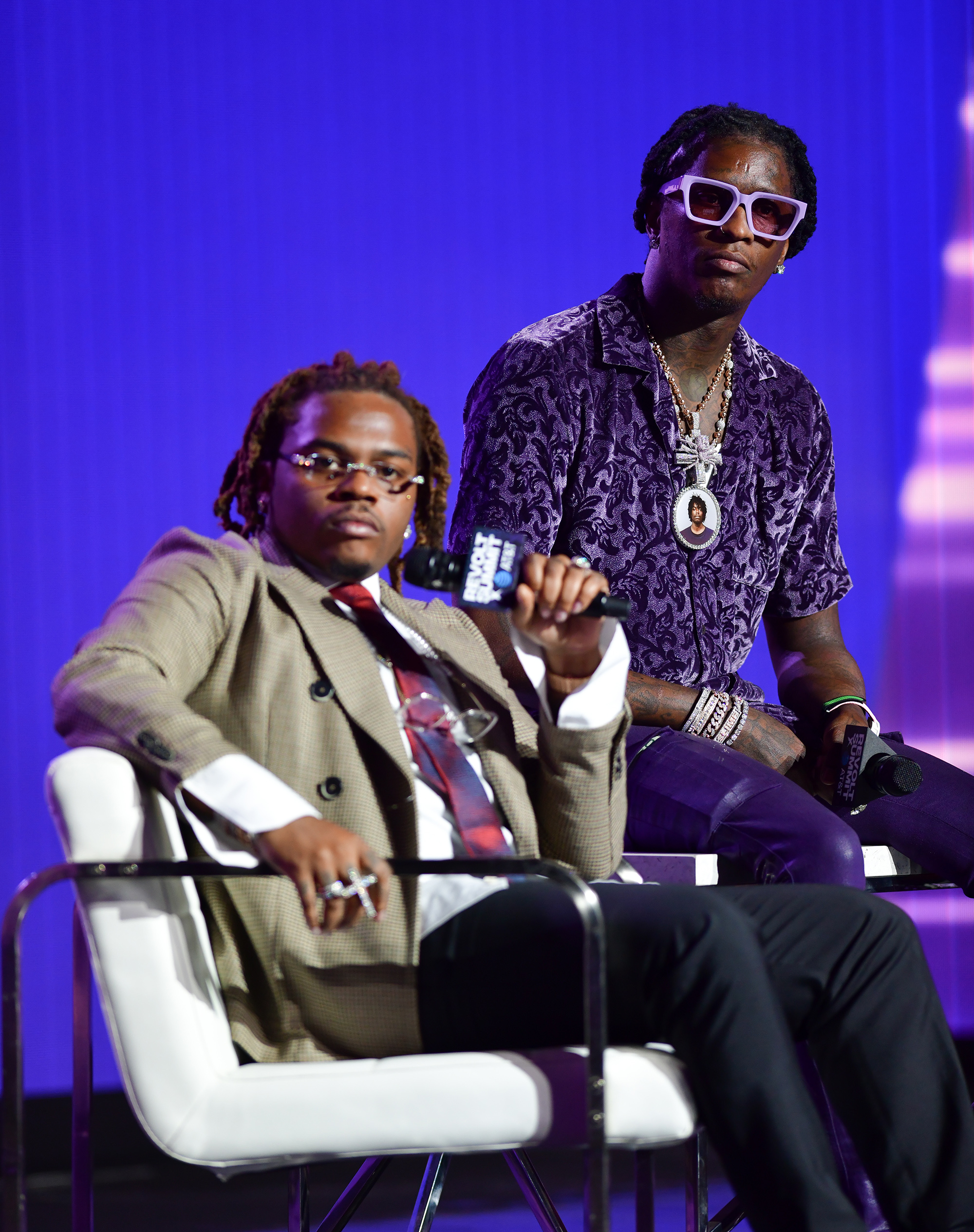 “As the district attorney of Fulton County, my number one focus is targeting gangs, and there’s a reason for that. They are committing, conservatively, 75 to 80 percent of all of the violent crime that we are seeing within our community,” DA Fani Willis said in a press conference on Tuesday.

“It does not matter what your notoriety is or what your fame is. If you come to Fulton County Georgia, you commit crimes, and certainly if those crimes are in furtherance of a street gang, that you are going to become a target.” 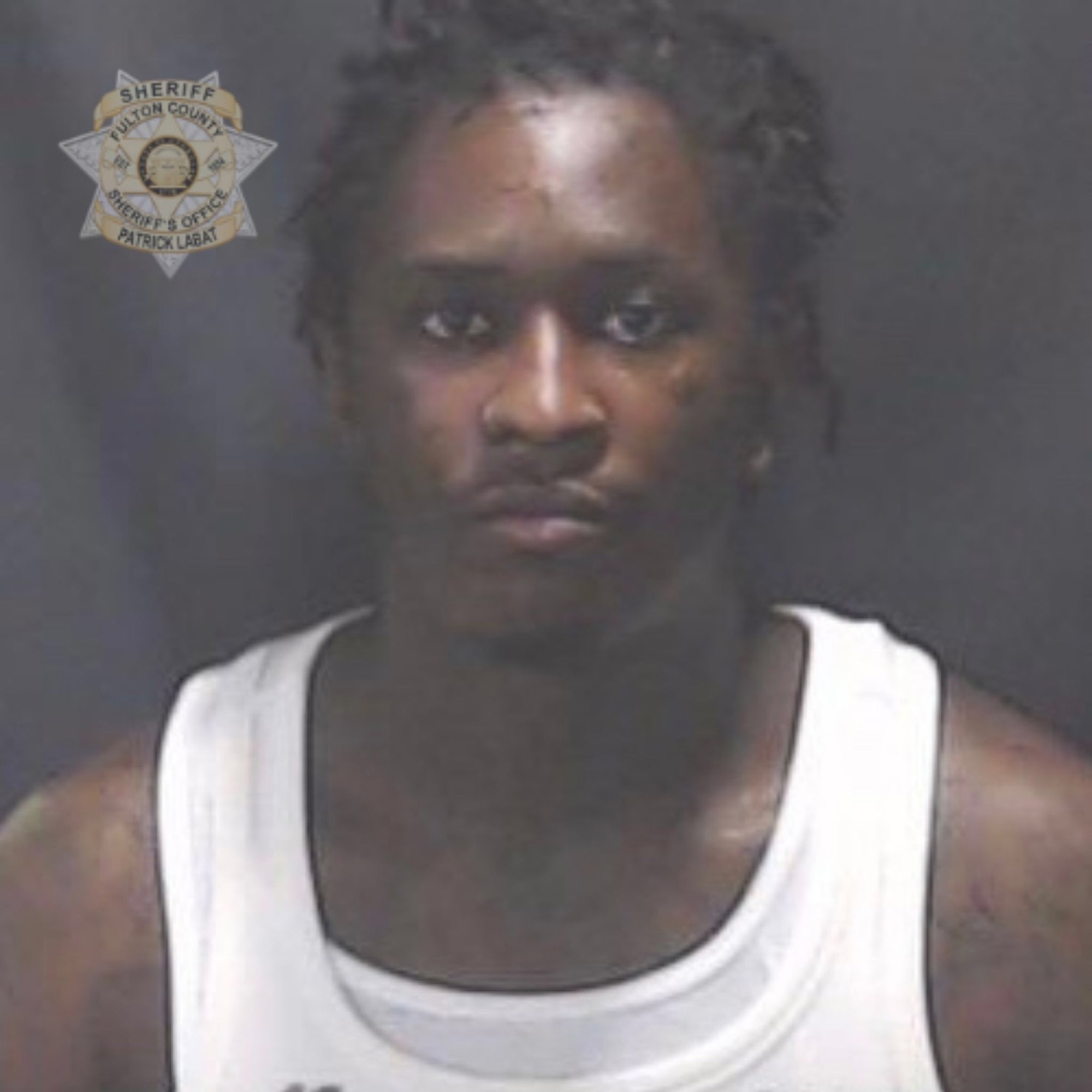 Young Thug (real name: Jeffery Lamar Williams) was arrested and taken into custody on Monday, on charges of conspiracy to violate the Racketeer Influenced and Corrupt Organizations Act (RICO) and participation in criminal street gang activity.

Records show that the 30-year-old rapper’s RICO Act charge stems from an alleged offense that occurred on Jan. 24, 2013, while the gang activity charge is from May 12, 2018.

“Mr. Williams has committed no violation of law, whatsoever,” Young Thug’s attorney, Brian Steel, said in a statement to Page Six. “We will fight this case ethically, legally and zealously. Mr. Williams will be cleared.”