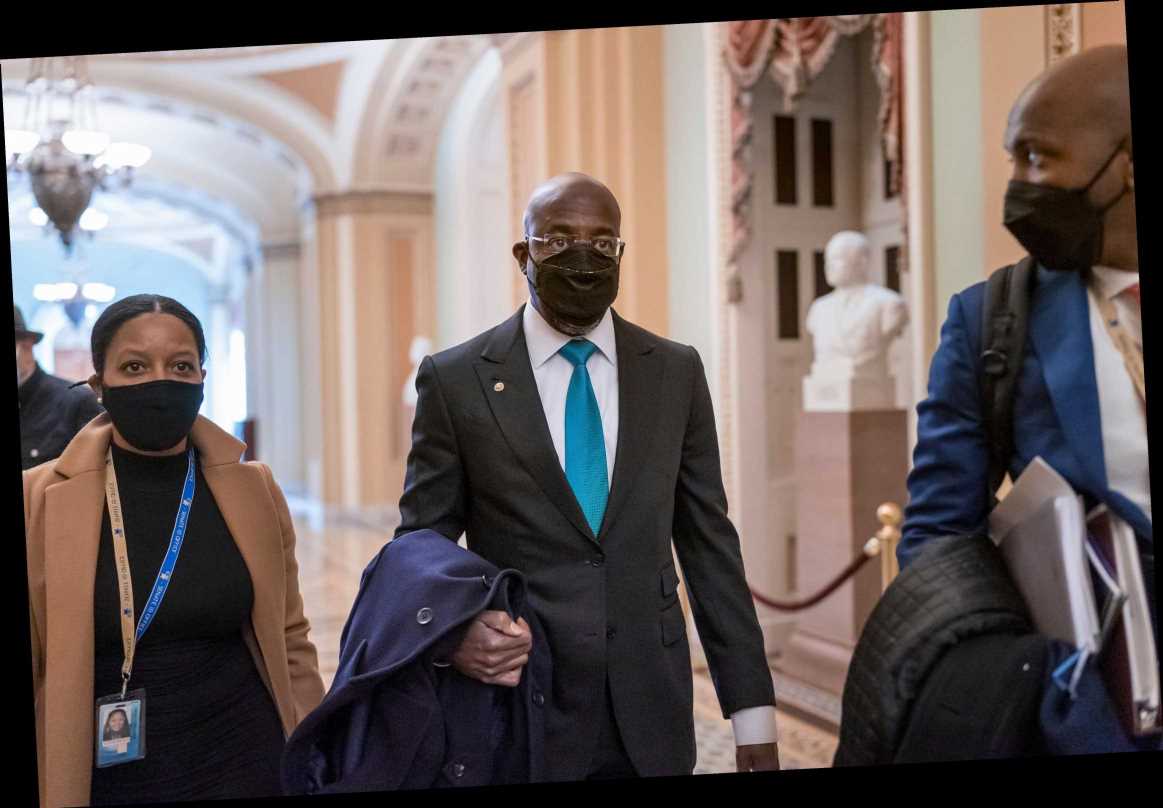 That legacy behind that pulpit ― and the activism that stemmed from it ― sometimes got Warnock into what the late civil rights icon Rep. John Lewis might have called “good trouble.”

The last time he was at the Capitol in 2017, Warnock said, he was arrested by Capitol Police during a nonviolent protest. This week, Capitol Police led him to his new office.

In July 2017, Warnock and other religious leaders came to the Capitol to meet with senators and representatives and express opposition to former President Donald Trump and other Republicans’ plans for the federal budget. That year, the Trump administration had proposed a budget that deeply slashed funding for Medicaid, as well as for the National Institutes of Health and the Centers for Disease Control and Prevention. The cuts would have impacted health care and food assistance for the poor, elderly and disabled.

On July 18, the day of the protest, House Republicans unveiled a budget plan that proposed paring back social welfare programs, cutting tax rates for businesses and individuals, and increasing military spending.

A video of the protest shows Warnock kneeling in a tight prayer circle in the rotunda of the Russell Senate Office Building with four others. A police officer can be seen guiding the pastor onto his feet and placing him in handcuffs.

Warnock was charged with crowding, obstruction and incommoding, held for three hours, and released after paying a $50 fine, according to Atlanta NBC affiliate WXIA.

“As a pastor, I believe that the national budget is not just a fiscal document, but a moral document,” Warnock later said in a statement. “It reflects what we believe and who we are for one another. And if this mean spirited budget were an EKG, it would indicate that America has a heart condition.”

“We came to Washington as voices of healing and justice. America is better than this,” he added.

Warnock was also arrested in 2014 while protesting state Republicans’ refusal to expand Medicaid.

Warnock’s campaign platform called for expanded access to voting and health care, an end to mass incarceration and a living wage for workers, among other typically liberal priorities. His opponent, Republican Sen. Kelly Loeffler, sought to paint the pastor as a radical left-wing candidate by highlighting out-of-context snippets from his sermons at Ebenezer Baptist Church. He ousted Loeffler during Georgia’s Jan. 5 runoff elections.

On Friday, Warnock said he will continue to focus on health care as a senator. He added that he sees his service as a “continuation of my life’s work.”

“The last time, I came engaged in protest,” he said in an interview with MSNBC. “Now I get to be engaged as one who can create public policy.”