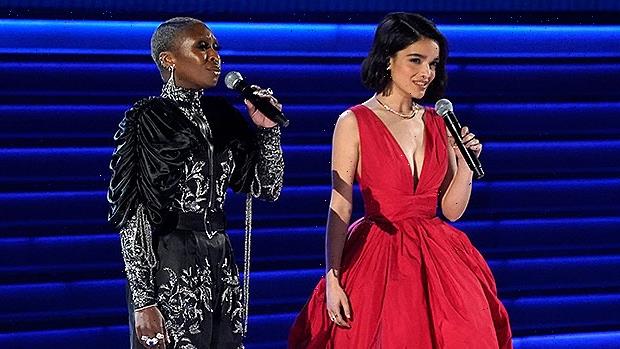 Stephen Sondheim was one of the many music icons that was lost in the past year, and to honor him as well as many of the major figures who passed away in the industry, Leslie Odom Jr., Rachel Zegler, Ben Platt, and Cynthia Erivo sang a beautiful medley of his songs “Not A Day Goes By”, “Send in the Clowns” and “Somewhere,” as photos of those who’ve passed away in the past year were shown onscreen, including Ronnie Spector, Charlie Watts, and many more.

As the Foo Fighters’ “My Hero” faded out, Ben took the stage with a moving take on “Not A Day Goes By,” before Cynthia began “Send in the Clowns,” while Leslie harmonized with reprises of the first song. Rachel joined the pair onstage to deliver the melody from “Somewhere.” The performance culminated with all four on-stage with a gut-wrenching harmony on “Somewhere.” 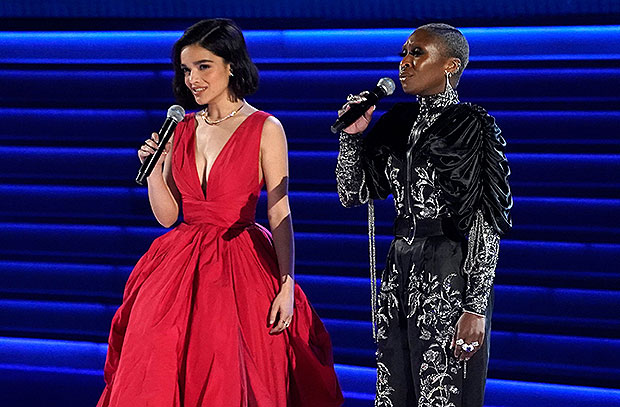 Each year the Recording Academy pays tribute to musicians and music industry figures who have died in the past year. At the 64th Annual Grammy Awards, beloved musicians like the Dusty Hill, Betty Davis, and DMX received tributes during the “In Memoriam” segment.

Staring the segment was a salute to Foo Fighters’ drummer Taylor Hawkins. The “Everlong” rockers were scheduled to perform on the show, but they cancelled their tour dates, including the performance at the Grammys. Instead of the band taking the stage, a tribute performance to Taylor was included as a part of the evening. 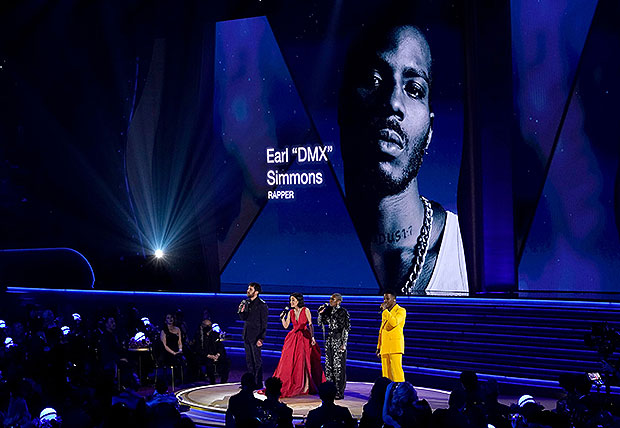 On occasion, the Grammys do receive complaints about stars that have been left off of the yearly tribute. For example, in 2021, fans were upset to see that Glee actress Naya Rivera was left off of the tribute.  Ahead of the big show, the Grammys’ executive producer Ben Winston revealed that the Recording Academy begins with around 800 names before deciding which figures will be included in the segment that’s aired, per Billboard. Those that were left off can be found both on the Grammy website and in pamphlet distributed at the show. Typically, it can fit between 50 and 65 late stars in the segment.