“It’s fantastic. And it’s what works for us. We’re independent.”

Rachel Lindsay says she and her husband kept their relationship strong during coronavirus quarantine by respecting each other’s space.

During an interview with “RealiTea with Derek Z” Monday, “The Bachelorette” star reflected on her first year of marriage to Bryan Abasolo, including how they both managed to stay “independent” during self-isolation. 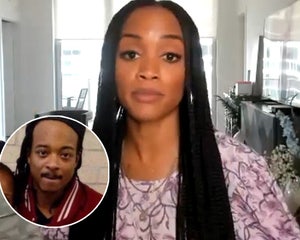 “Absolutely we’ve had fights. Absolutely. We get on each other’s nerves,” Lindsay, 35, admitted, before adding, “I tell people the key to surviving quarantine is space.”

“So Bryan actually goes into the office. He’s a chiropractor, so he’s still considered an essential worker,” she continued. “And I do my work from here and it’s like we separate, we do our thing, and then we come together at the end of the day. And it’s fantastic. And it’s what works for us. We’re independent.”

The “Extra” host, who married Abasolo in August 2019 in Cancun, Mexico, also opened up about when she and her husband plan on having children, saying the two “absolutely” want kids.

“I know a lot of people are like y’all been married a year now where are the kids? And it’s like we’re doing things on our own timeline, but that has not changed,” Lindsay said. “We definitely still want children. So I would, I say sooner than later. I do mean sooner than later.”