Still mourning. Prince William and Prince Harry are riding a wave of emotions as they deal with the death of their grandmother Queen Elizabeth II, a source exclusively reveals in the newest Us Weekly issue.

“This is such an intensely difficult time for the princes,” the insider says. “They both adored their grandma and it will take some time to process the reality of her passing.”

The Prince of Wales, 40, and his younger brother, 37, both “consider themselves proud and fortunate beyond words” to have had the late monarch’s “wisdom and unwavering support throughout their entire lives,” the source explains.

Despite being able to have so much time with the queen, who died on September 8 at the age of 96, the men still weren’t ready to say goodbye. 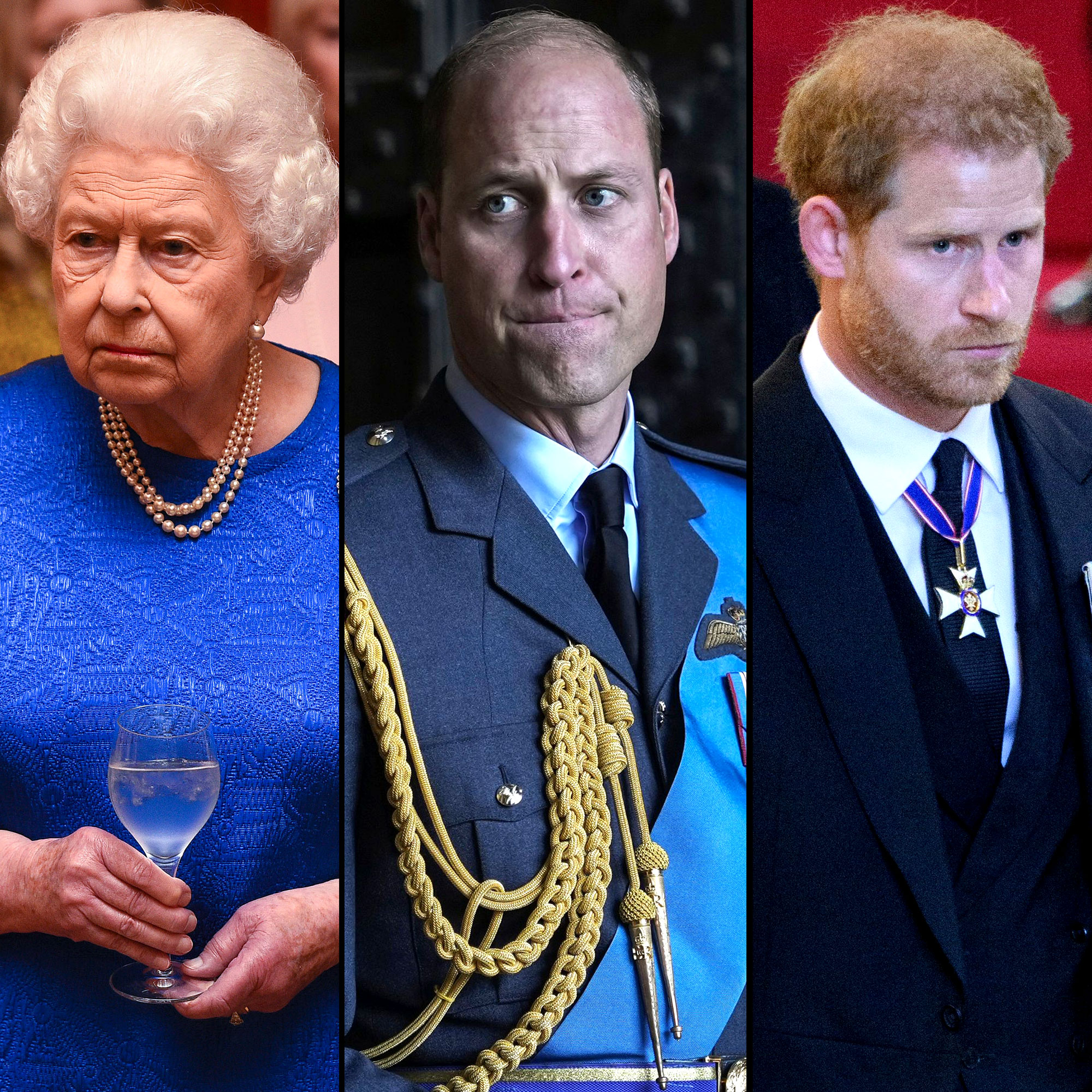 “There’s still this horrendous sense of loss and emptiness thinking that she’ll no longer be around,” the insider tells Us, noting that the brothers “console themselves with the fact she’s at peace with their grandfather in heaven and watching over them and in their hearts forever.”

When it comes to William, who is now first in line for the British throne behind their father, King Charles III, Elizabeth’s death has also shifted his career trajectory.

“For William, there’s a steadfast determination to now serve the king and prepare himself for the destiny that will one day see him be fortunate enough to serve as sovereign,” the source adds.

Prince William and Prince Harry’s Complicated Relationship Over the Years

The passing of their beloved grandmother has seemingly brought William and Harry closer together — at least in vicinity.

Following the queen’s death earlier this month, the siblings reunited alongside their respective wives, the Princess Kate and Meghan Markle, for their first joint public appearance in years. The foursome stepped out on Saturday, September 10, in Windsor, England, to greet well-wishers who were there to pay their respects to the late royal.

Us previously confirmed that William invited his brother and his sister-in-law, 41, to come with him and Kate, 40, on Saturday despite having tension with Harry and Meghan following their 2020 step back as senior royals.

William and Kate’s Strained Relationship With Harry and Meghan: A Timeline

“For all of their differences in the past, many of which still linger, this was what The Queen would have wanted and William knew very well that it was no time to be holding onto grudges or distancing himself from his brother,” a source exclusively told Us on Wednesday, September 14. “They needed to put on a united front and pay their respects for her sake as well as the monarchy as a whole and the people she served so tirelessly during her reign.”

The siblings again stood together on Wednesday as they walked behind the queen’s coffin when it was moved from Buckingham Palace to Westminster Hall. The coffin will lie in state for several days in London before the late monarch’s funeral on Monday, September 19.

Watch the video above for more details on how William and Harry are processing Elizabeth’s death — and pick up the latest Us Weekly issue on newsstands now.