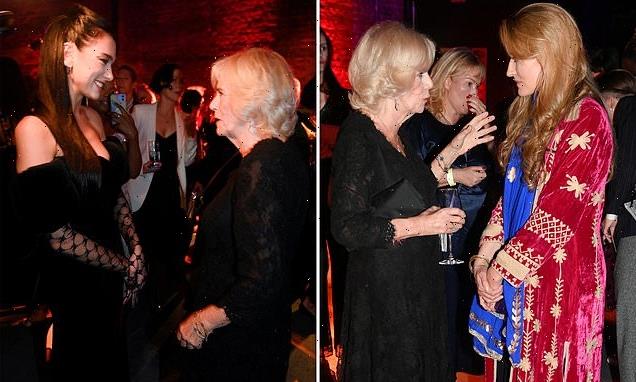 What were they talking about? Camilla chats to The Crown actress Natasha McElhone amid controversy over the Netflix show’s portrayal of Queen Consort’s character and Dua Lipa at star-studded Booker Prize ceremony

Queen Consort Camilla chatted to The Crown actress Natascha McElhone ahead of the Booker Prize in London this evening, after a storyline surrounding the star’s character Penny Knatchbull in the Netflix series sparked controversy.

While attending the star-studded event, which was also attended by Dua Lipa, Her Majesty chatted to the 52-year-old actress, who plays Penny Knatchbull in series five.

Last week, royal fans were in uproar after it was reported the series would show Prince Philip, who was close friends with Penny, ‘pursuing an affair’ with her.

But the Queen Consort seemed unbothered by the reports as she beamed while chatting to the actress ahead of the awards. 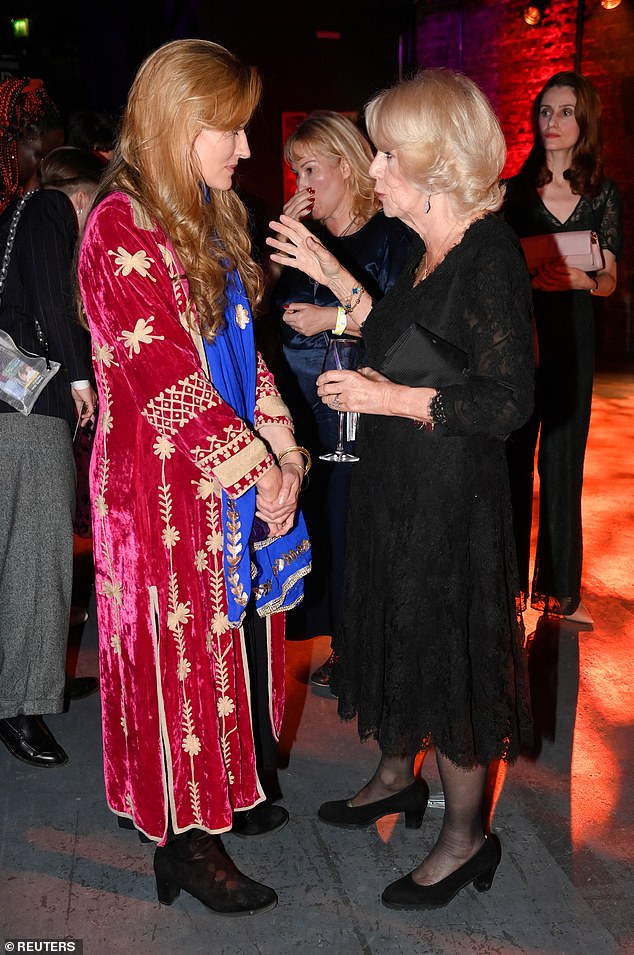 The Queen Consort appeared deep in conversation with British actress and star of Netflix’s The Crown, Natascha McElhone, at the Booker Prize 2022 awards at the Roundhouse 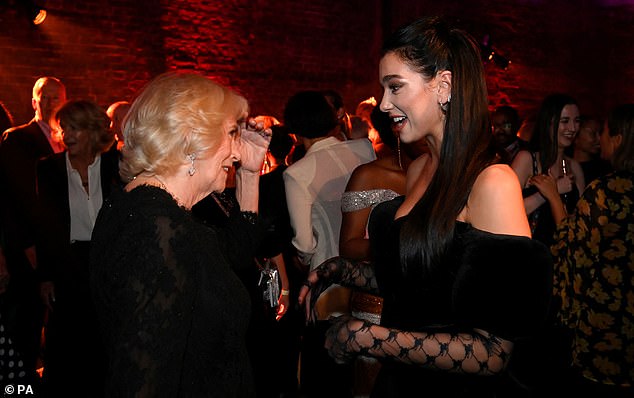 Queen Consort Camilla, 75, chatted to popstar Dua Lipa as she arrived at the Booker Prize 2022 awards, where she will present the winning author with their prize

Camilla, 75, arrived at the Roundhouse in London to present the prize, which is awarded every year to the best novel written in English and published in the UK or Ireland.

Dressed in a black lace dress which was paired with a black clutch bag and sparkly earrings, Her Majesty beamed as she arrived at the awards.

The Queen Consort was also accompanied by her sister, Annabelle Elliot, as she met with officials from the prize including its chairman, Mark Damazer.

She looked at ease as she carried out only her second solo royal engagement since taking on her new role as Queen Consort following the death of Queen Elizabeth II. 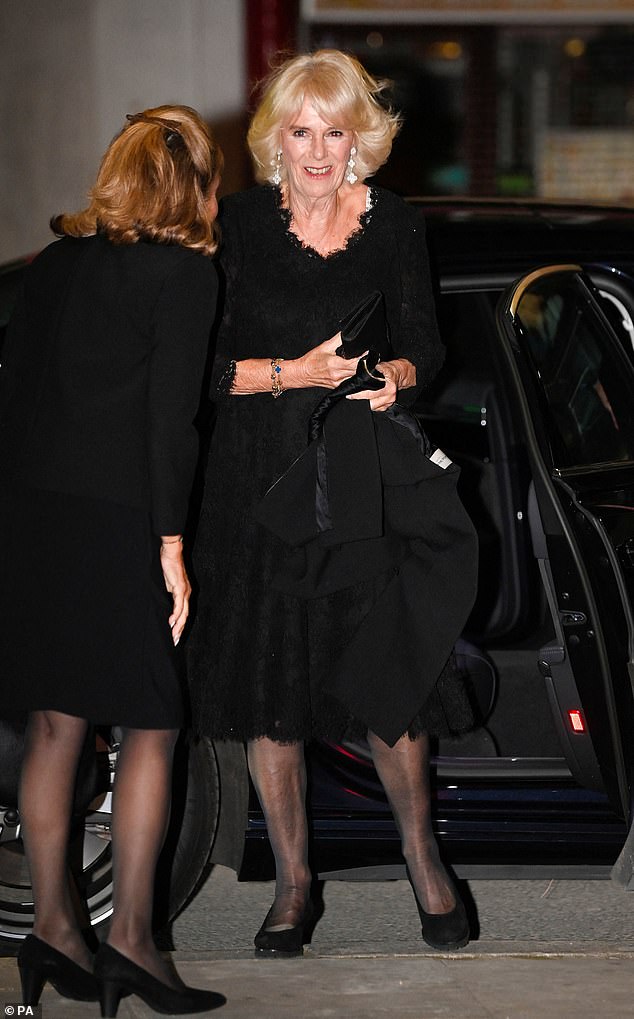 Her Majesty looked at ease in a black lace dress, black accessories and diamond, dangly earrings as she arrived at the Roundhouse in London 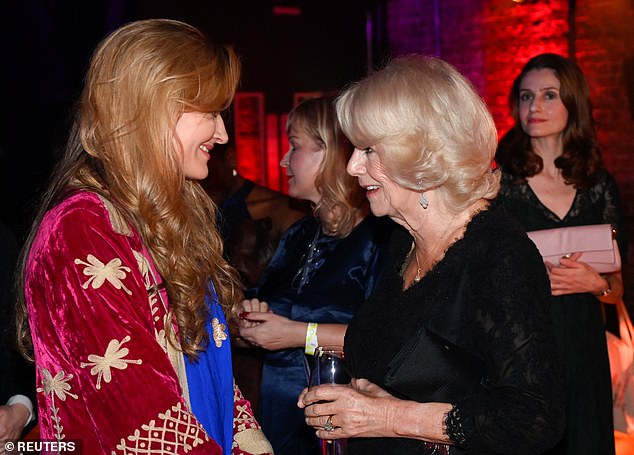 Self-confessed literature lover Camilla appeared deep in conversation with actress Natascha ahead of the ceremony.

Last Thursday, she took on her first solo engagement as she visited Chelsea and Westminster Hospital where she met with staff at the maternity ward, which is a key hub for women who have suffered from domestic violence.

While visiting the hub, Camilla, who is a patron of the Safelives charity, met with domestic abuse frontline staff who specialise in dealing with all forms of abuse within families and relationships.

She also had a cup of tea with a pioneer of the charity, Shana Begum, and appeared delighted by Shana’s three-week-old son Jeremy, at the unit.

This evening the Queen Consort will present a talented author with the prestigious prize in front of a star-studded audience, including singer Dua Lipa.

On the shortlist for this year’s award are: Glory, by NoViolet Bulawayo; Small Things Like These by Claire Keegan; Treacle Walker by Alan Garner; The Trees by Percival Everett; The Seven Moons of Maali Almeida by Shehan Karunatilaka and Oh William! by Elizabeth Strout.

Previous winners of the prize include The Promise by Damon Galgut in 2021, and Shuggie Bain by Douglas Stuart in 2020. 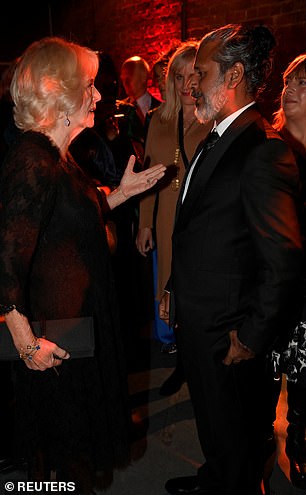 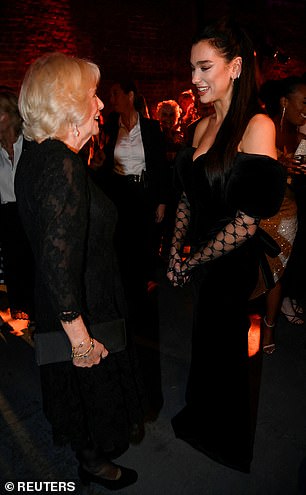 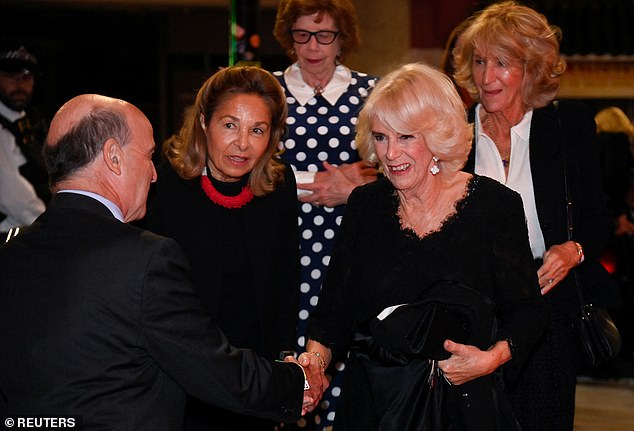 Literature lover Camilla was also accompanied by her sister, Annabel Elliot, as she attended this year’s ceremony

Eve Smith, secretary of the Booker Prize Foundation, said Queen Consort Camilla enjoys the event and takes an interest in the authors.

Speaking in the low-lit drinks reception area, Ms Smith said that as it is the first in-person Booker Prize ceremony since the pandemic, people could expect it to be “reimagined” and “something new”.

She said: “It’s great to have Her Majesty here because she does really take an interest in the authors, and even if she can’t come in previous years she’s always made sure that she sees them, whether it was at St James’s Palace.

“She enjoys being here. I think it’s one of those things where, although there is obviously formality around it, there is also a degree of of informality that she really appreciates.”