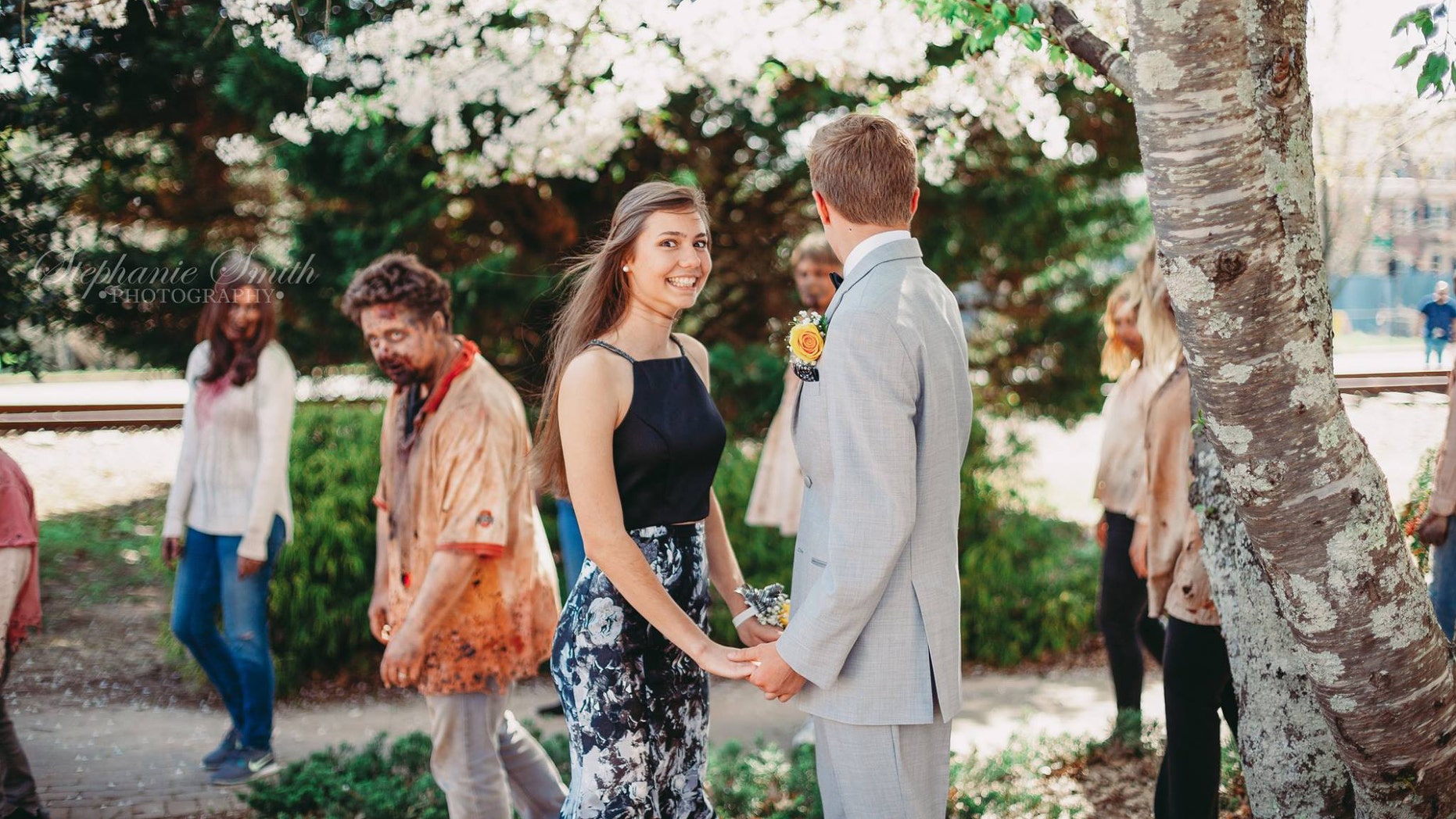 Try as they might, even a group of zombies couldn’t deaden the mood at this photo shoot.

A young couple taking their high school prom pictures in Senoia, Ga., was recently photo-bombed by a group of zombie-fied performers working near the set of AMC’s “The Walking Dead,” and the photographer made sure to capture the hilarious moment on camera.

“They walked directly in front of the camera,” said Stephanie Smith, of Stepanie Smith Photography, to the Atlanta Journal-Constitution. “I kept shooting because it was so funny.” 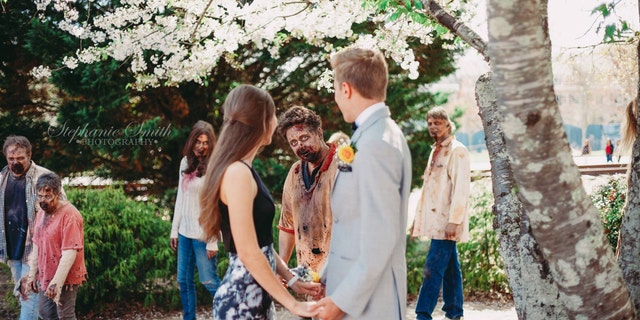 The “zombies” weren’t even extras or actors on “The Walking Dead,” but reportedly performers who work in the town as part of Senoia’s new zombie-themed tourist industry.
(Stephanie Smith Photography)

Smith, who shared the shocking snaps to Facebook earlier this week, said she and the students had chosen to take the pictures at a scenic spot in Senoia — which just so happens to be the on-screen stand-in for the town of Alexandria, Va., where parts of “The Walking Dead” is set.

Smith was aware of this, and even said she carefully avoided any shots that faced the elements the show’s production had built for filming, only to watch the "zombies” show up “out of nowhere.”

The “zombies” weren’t even extras or actors on “The Walking Dead,” but rather performers who work in the town as part of Senoia’s new zombie-themed tourist industry, Good Morning America reports. And according to Smith, they didn’t break character once.

“They circled back around [a second time] and we were like, ‘Okay, we get it,’” Smith told GMA.

Oddly, Senoia's invading zombies provided arguably only the second-greatest photo-bombing incident of the past week behind the chubby beachgoer who appeared to have no idea he was invading a model's sexy bikini shoot.