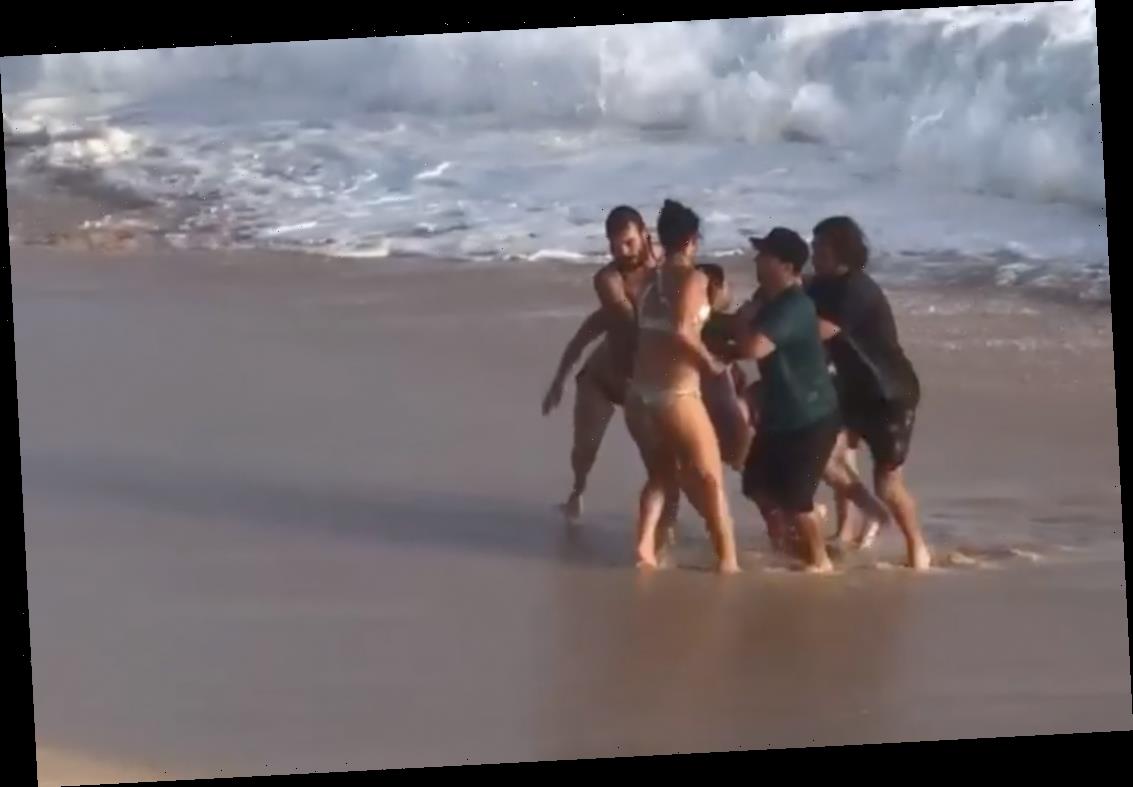 An Australian professional surfer is being called a "living legend" after he rescued someone caught in a strong ocean current in Hawaii.

On Friday, Mikey Wright, 24, was caught on video making a heroic save after he noticed that a person was being swept away in the ocean.

In the Instagram video, which was first being filmed by Mikey himself, the person in the ocean is seen struggling as other beachgoers were trying to help rescue them. As the waves continued to crash, Mikey can be heard saying that the swimmer is "going to need to get saved."

"You can't save him," someone else in the video can be heard saying before Mikey handed off his phone and hopped the fence to run into the ocean.

In a second clip, Mikey is seen diving into the water and swimming to the person to try and bring them back to shore. Mikey was able to save the swimmer despite being pulled under the waves several times.

At the end of the clip, the other beachgoers are seen helping Mikey pull the swimmer out of the water to safety. "Hold my beer," Mikey captioned the heroic clip.

Mikey's sister, Tyler, who is also a surfer, also posted the video, writing, "Closing out 2020 with some hero s— by @mikeywright69."

According to CBS Sports, the sibling duo was in Hawaii to compete in the Pipeline Masters, in which Mikey came in 17th place for the men's division and his sister took first for the women's division.

Several other professional surfers praised Mikey's bravery in the comments of the post.

Australian surfer Jessi Miley-Dyer also teased, "Who needs a cape when you have a mullet."