Crown Princess Mary of Denmark has shared a tender moment with her four adorable children as they joined Queen Margrethe to celebrate her 79th birthday.

The royal family stood by the Danish monarch as she belted out a song from the porch of the Marselisborg Palace in front of the awaiting crowd that had gathered for the special occasion at midday on Tuesday.

Her sartorial elegance has certainly been passed down to her two young daughters who donned pleated skirts, knitted sweaters over their white collared tops and finished off their looks with stylish check wool coats.

As the beaming family waved at the cheering crowd from the balcony in Aarhus, Denmark, the doting mother looked every inch of the stylish royal as she was surrounded by her adoring children who were right by her side. 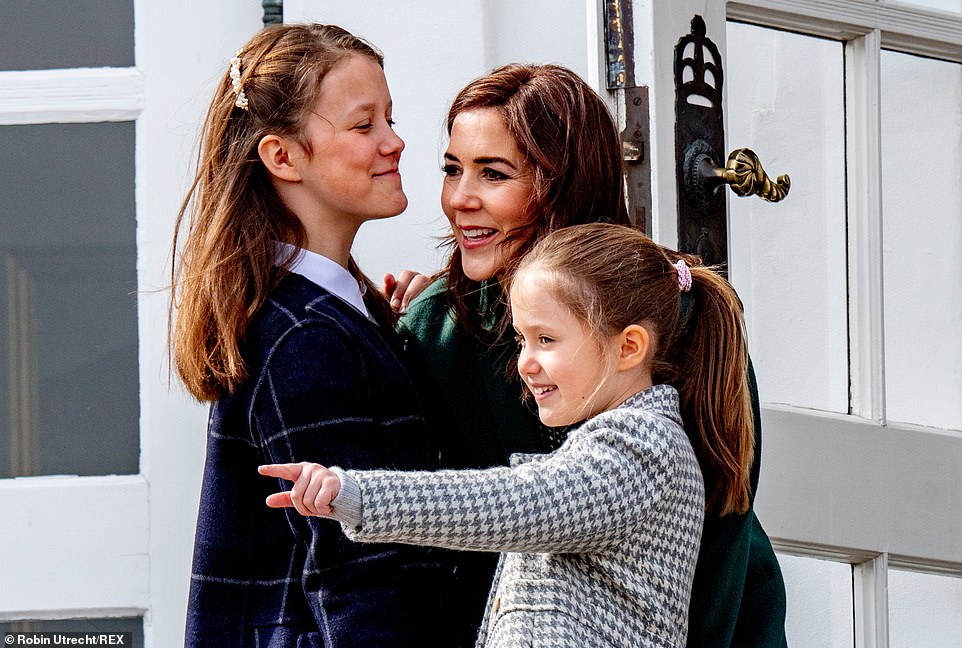 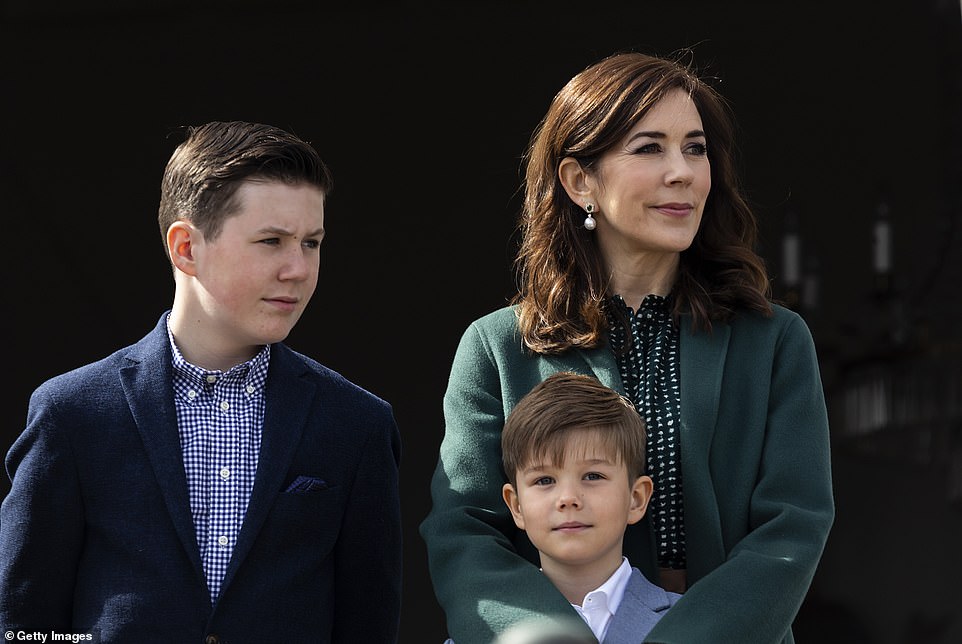 The doting mother was openly affectionate with her kids, including Prince Christian, 13, and eight-year-old Prince Vincent 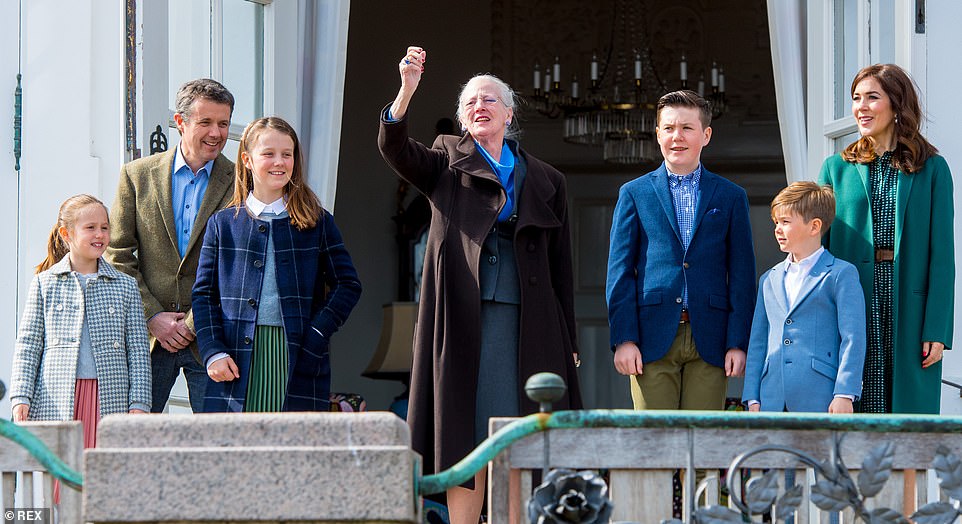 The family all dressed smartly for the occasion, with the Danish Queen sporting a smart grey skirt suit, a bright blue blouse and a brown wool coat

During the balcony appearance, the Danish Queen received a small bouquet of flowers from Princess Isabella which featured a patriotic Danish flag.

The family all dressed smartly for the occasion, with Princess Mary opting for a chic green dress with white patterns, which she teamed with a complimentary green coat and a vibrant splash of red nail polish.

The Australian-born princess wore her brunette tresses loose and naturally wavy, while her mother-in-law swept her locks into a chic updo.

Queen Margrethe celebrated without her husband of 50 years, Prince Henrik, by her side, after he tragically died last year.

But she was in good spirits – and her obvious enthusiasm and passion towards her chant proved infectious, with Princess Josephine emulating her grandmother’s raised arm as she sang along. 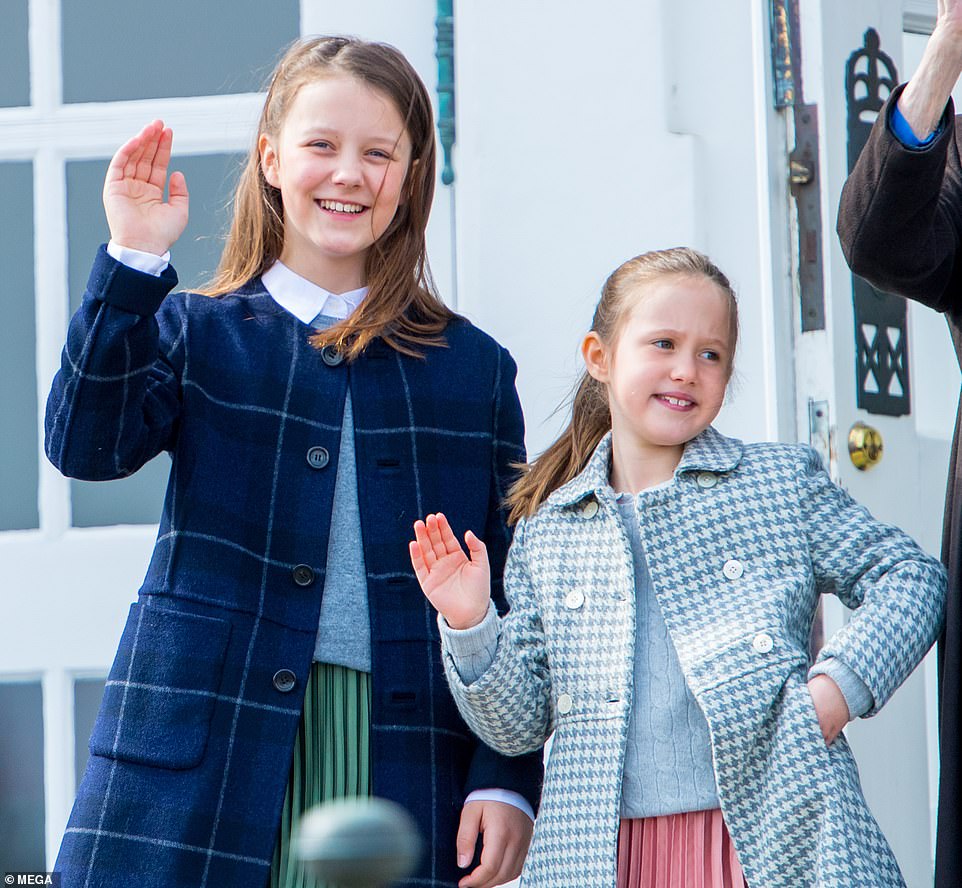 Like mother, like daughters: Princess Mary’s sartorial elegance has certainly been passed down to her two girls who both wore stylish pleated skirts, knitted sweaters over their collared white tops, and finishing off their looks with stylish coats 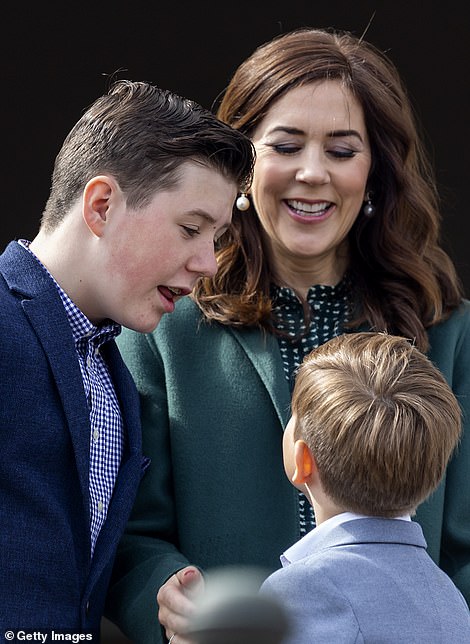 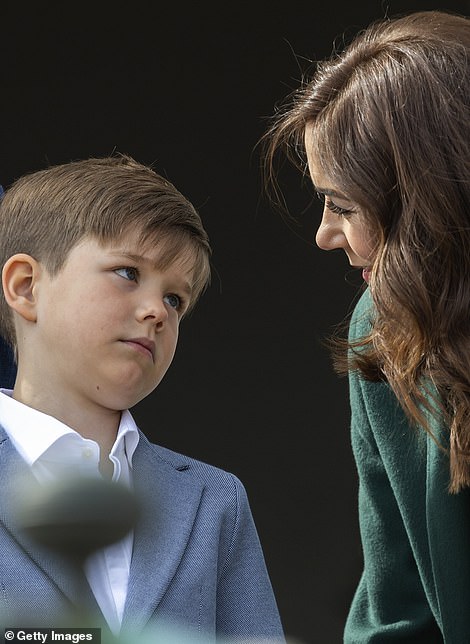 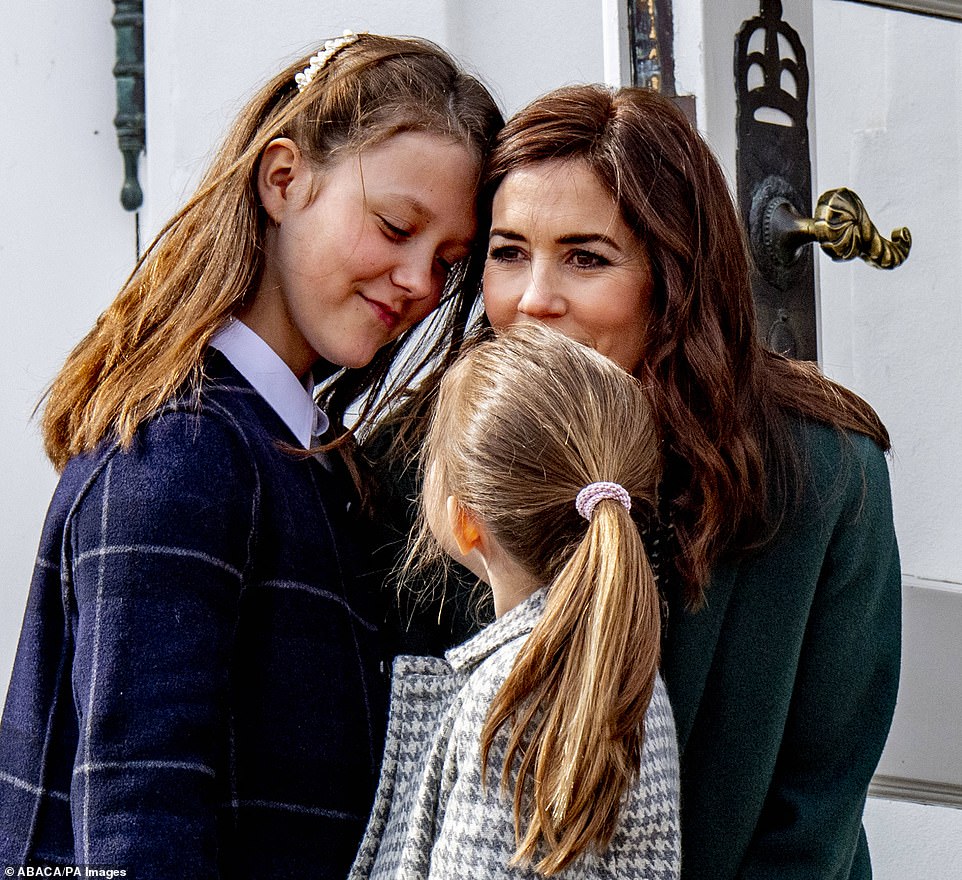 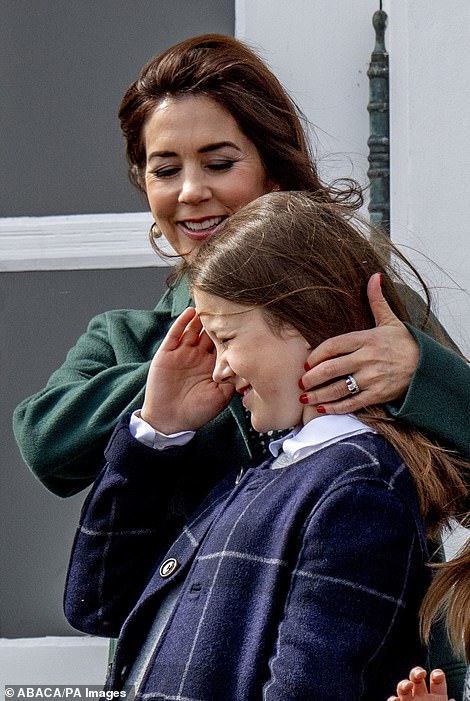 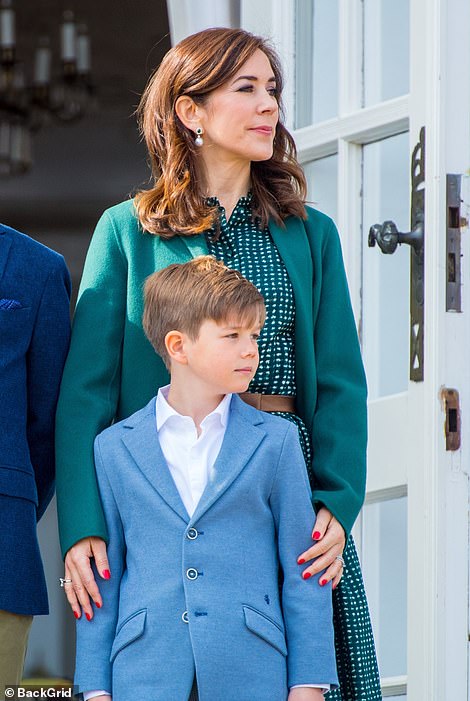 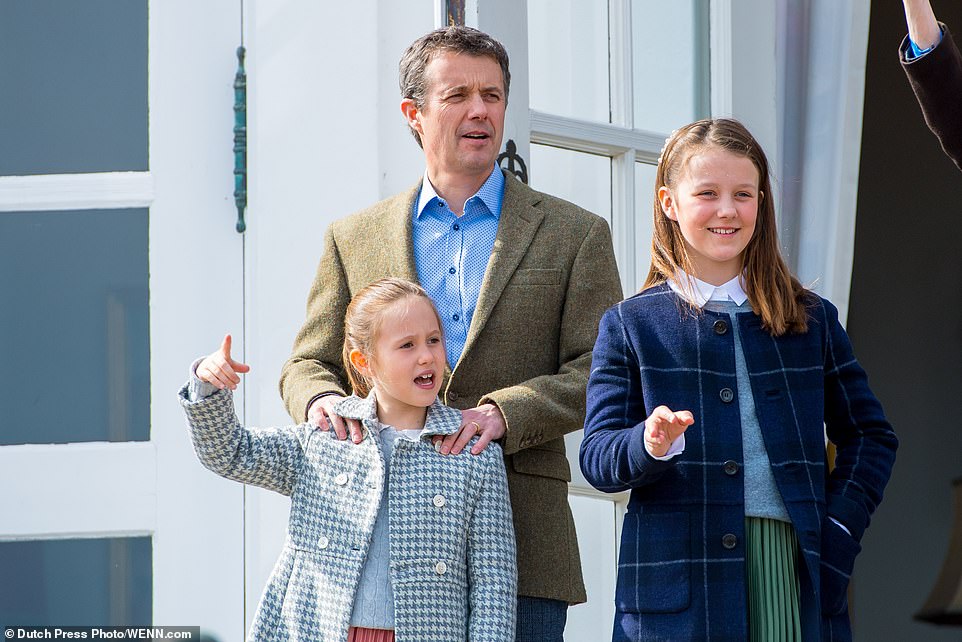 Getting into the spirit! Princess Josephine emulated her grandmother’s raised arm as she sang along with her dad Crown Prince Frederik, while her sister Princess Isabella looked a little less convinced