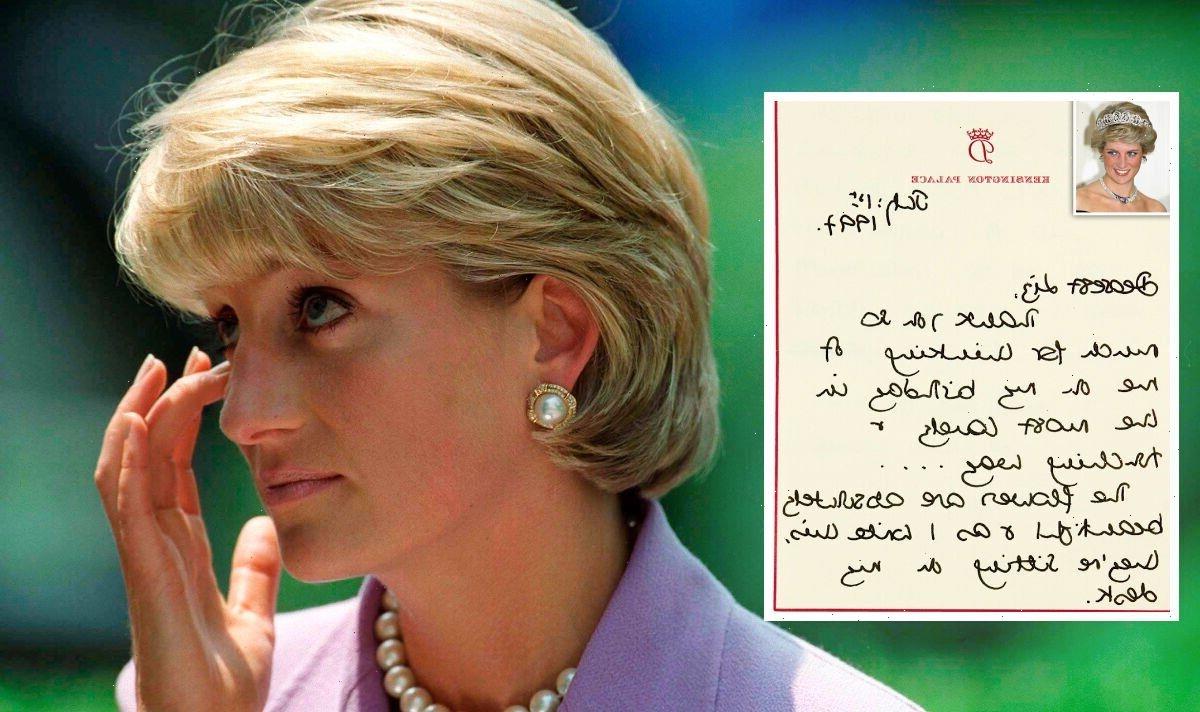 Princess Diana was a working royal during the 1980s and 90s when handwritten letters were at their most popular. Before the days of emails and text messages, if people wanted to stay in touch with their friends and family in written form, it had to be via post. To mark the Queen’s Platinum Jubilee, marketing agency Inkpact and graphologist and psychotherapist Emma Bache, analysed powerful letters from Princess Diana to see what hidden messages lie beneath the words on the page.

Emma said: “The late Princess Diana was known to be a prolific letter writer and she kept aside time each day to write thank you letters.

“In this thank you letter written shortly before her death we see her characteristic informal and affectionate style of personality.

“The slant of the handwriting is vertical, revealing a more practical side to her personality and thoughtful ability to plan.

“Her writing shows many rounded features as well as cradling loops to her ‘g’s and ‘y’s.

“It is obvious that she was a maternal character and deeply sensitive to the plight of others,” the expert noted.

She added: “But her writing also shows her need for love and approval from those around her.

“Although the overall size of her writing is large there are some large gaps between the words.

“She was torn between her need for company and her need to retreat to solitude.”

What did Diana’s signature reveal about the Princess?

Emma explained: “Princess Diana has underlined her signature which is one indication that she liked to have her own way and could be stubborn even though she had many characteristics of an extremely loving and outgoing nature.

“But overall, Diana’s handwriting very much reflects the public’s view of her – a caring, empathic and outgoing young woman.”

They found more than a quarter of Brits (27 percent) never receive a handwritten card or letter.

Two fifths (41 percent) believe writing letters and cards is dying out because it’s simply not as quick as digital communication.

Yet, Britons’ love of handwritten letters remains strong, and 79 percent of the public keep the cards, letters and notes we receive as treasured mementoes.

Inkpact teamed up with Emma to explore how handwritten letters communicate much more than the words on the page and why letters continue to matter in today’s digital world.

Emma said: “The written word retains the power of intimacy and leaves the potential for historians and sociologists to understand the relationships between author and recipient in a way that no other form of communication has ever done.

“A handwritten letter can be so potent that it can change lives for the better for both sender and recipient.

“Throughout history, women, in particular, have allowed us to glimpse into their lives and loves through the handwritten letter.

“These letters have helped to form history and reveal the private lives beneath the public persona”, she added.