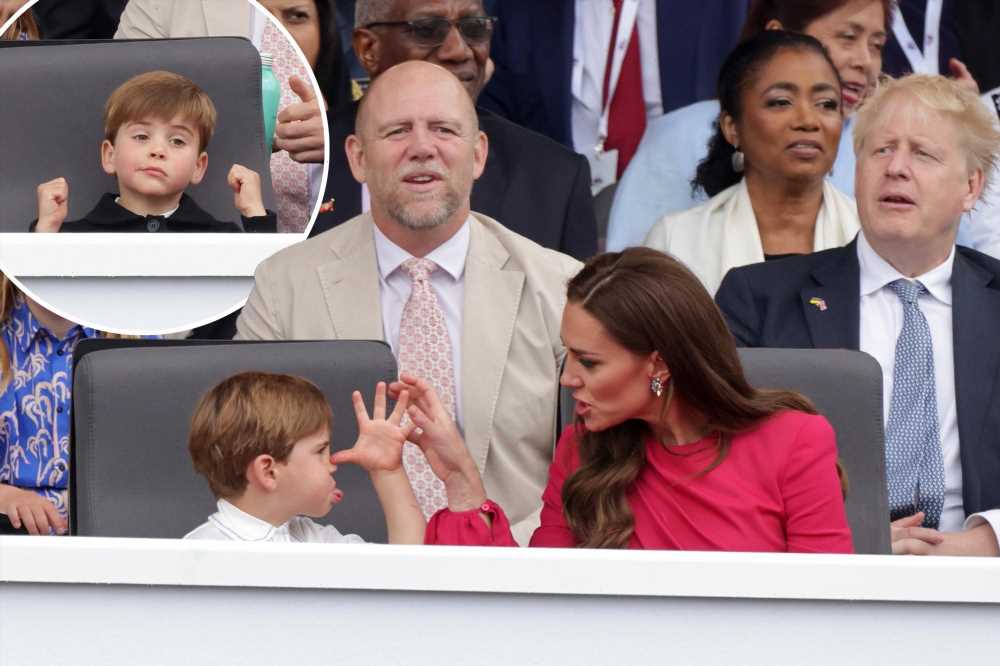 Britain may be celebrating Queen Elizabeth ll’s Platinum Jubilee, but her great-grandson Prince Louis stole the show once again.

The 4-year-old son of Prince William and Kate Middleton made a variety of facial expressions while sitting in the royal box during Sunday’s pageant parade.

The youngster sat beside brother Prince George, 8, and sister Princess Charlotte, 7, along with their grandparents Prince Charles and Camilla Parker Bowles.

Prince Louis was spotted at different times covering his face with both of his hands, sucking his thumb and making a face at his mom, before clapping gleefully as the parade went by.

Second cousin Mike Tindall, who is married to Prince William’s cousin Zara Tindall, was even seen reminding little Louis that he had his eyes on him. 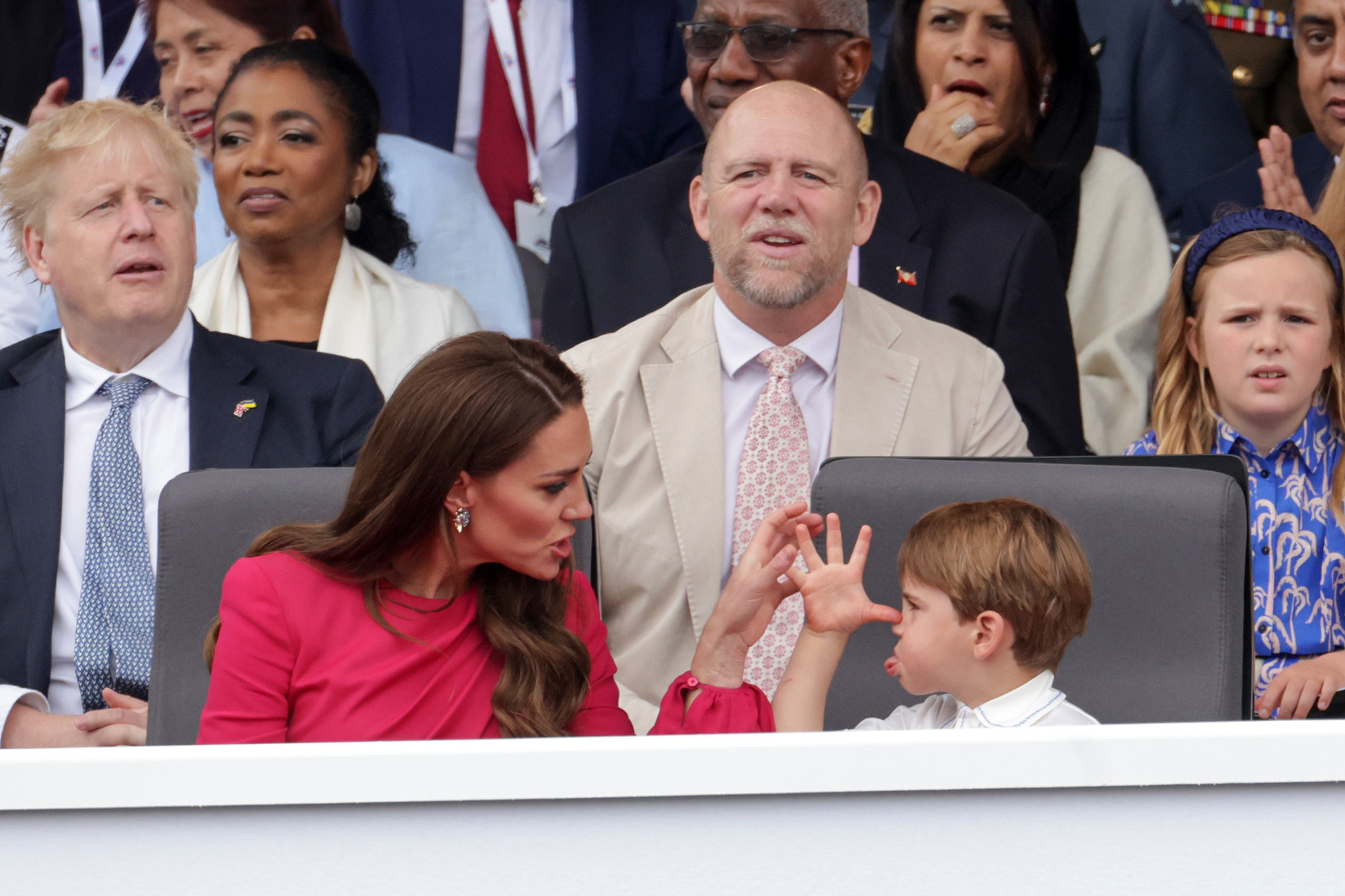 After standing on his chair and appearing to throw a cushion, his mom, 40, took him outside. Upon his return, he was seen sitting on grandfather Prince Charles’ lap.

Meanwhile, Charlotte stunned in a pretty white dress and was seen talking to her big brother and dad throughout the parade.

Toward the end of the celebration, something seemed to upset her as she was seen shedding a tear while her mom comforted her. 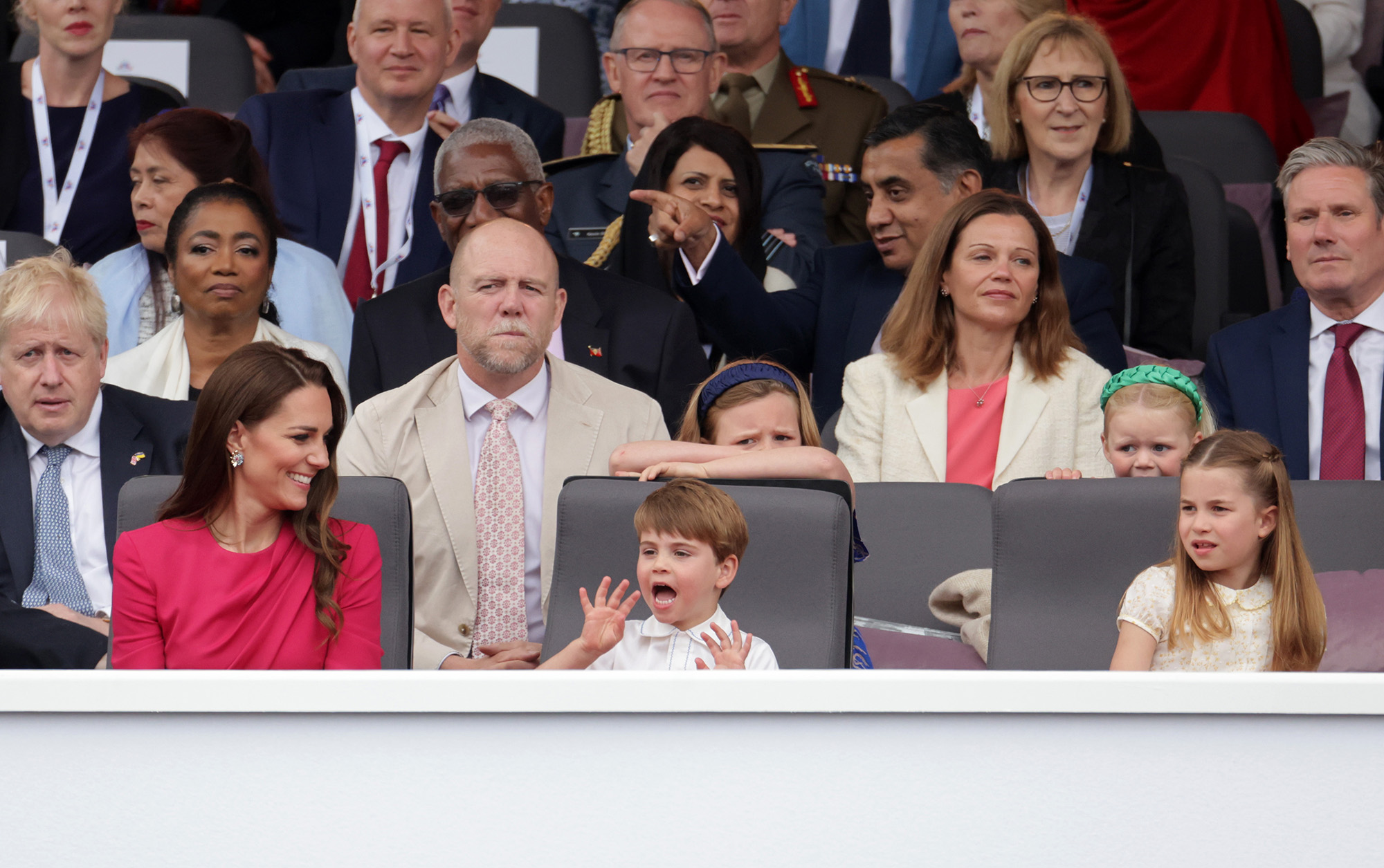 The parade came a few days after Louis made his presence known at Thursday’s Trooping the Colour, wearing his dad’s sailor outfit from 1985, and making a range of expressions.

During the family’s official balcony appearance, he was seen hilariously reacting to the loud airplanes flying overhead with his mouth open and his eyes squeezed shut, reminiscent of Macaulay Culkin’s iconic “Home Alone” face. 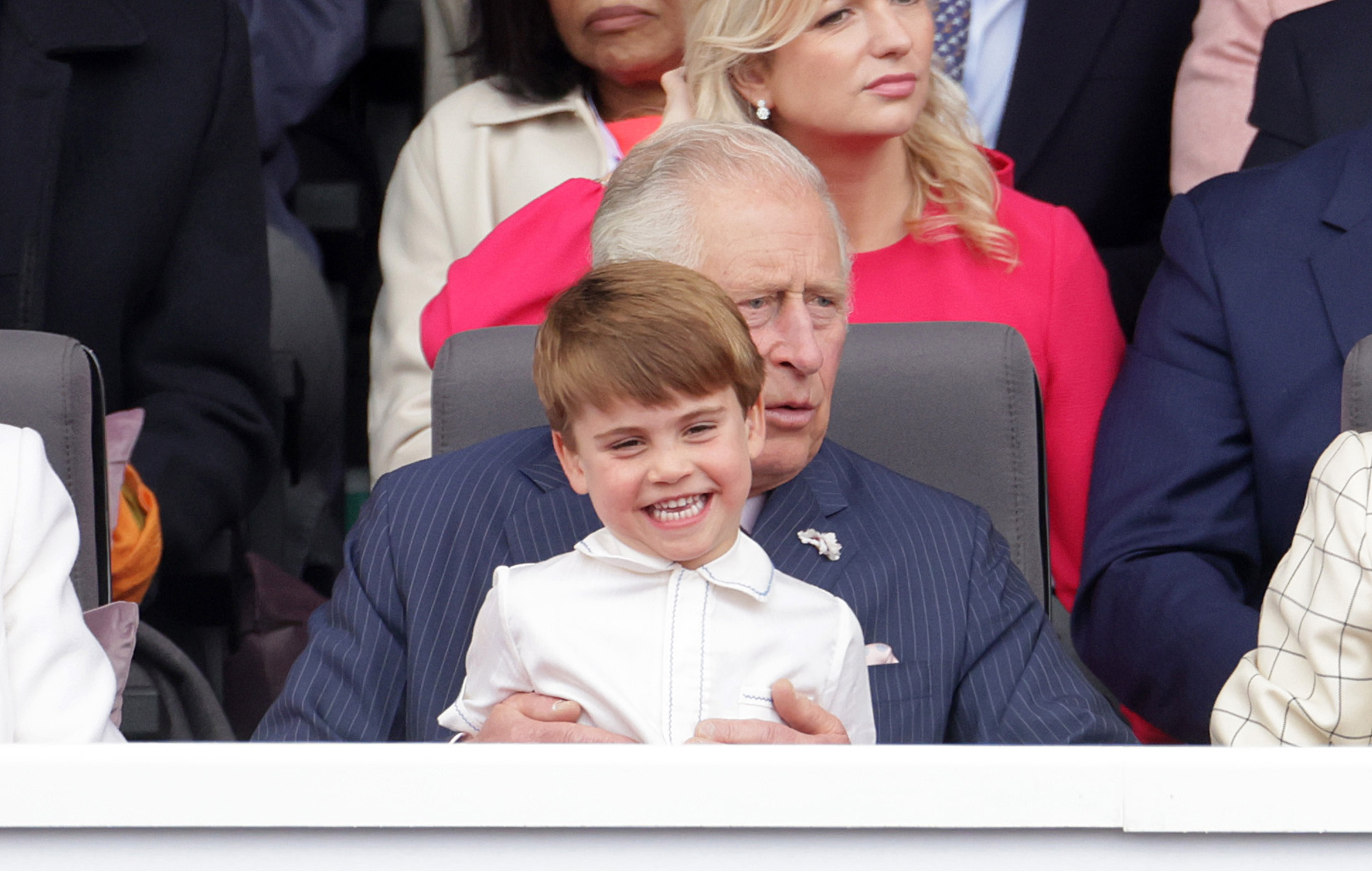 As Page Six previously reported, the Queen made a surprise appearance on the iconic balcony at Buckingham Palace on Sunday, chic in a green jacket with a matching hat.

Although she didn’t take part in the pageant parade earlier in the day, she was seen in hologram form when her digital likeness was projected onto the windows of the historic Gold State Coach, which carried her to her coronation in 1953.