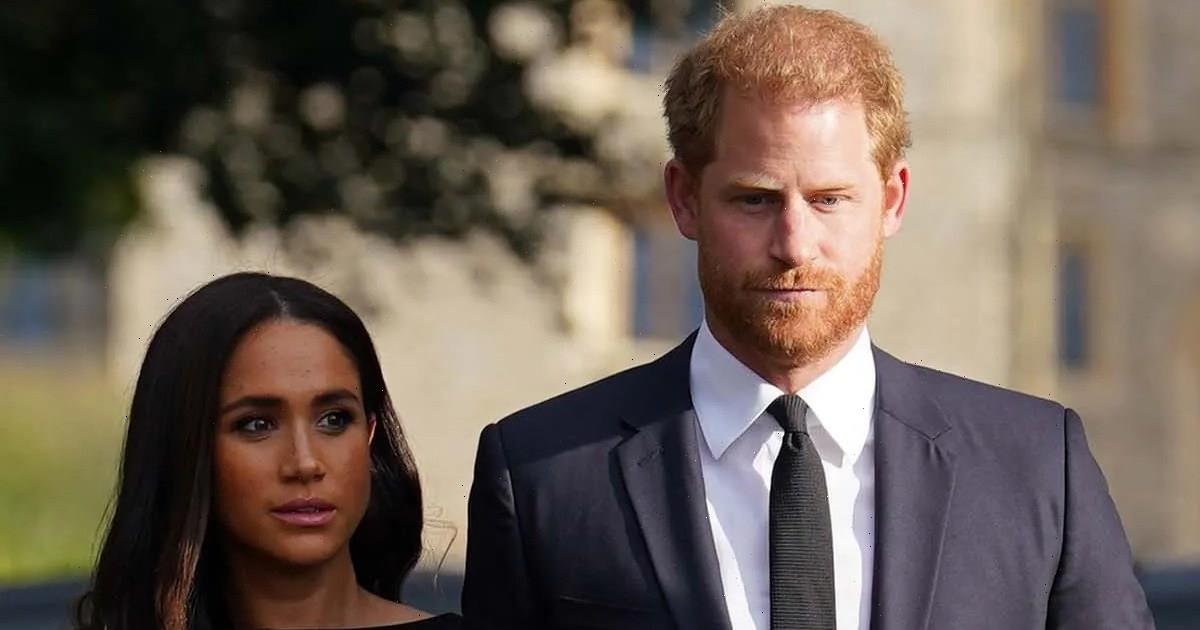 A bittersweet goodbye. Prince Harry and Meghan Markle are back home in California with their children following Queen Elizabeth II’s funeral, Us Weekly can confirm.

Prince Harry and Meghan Markle’s Royal Drama: Everything to Know

Harry, 38, and the Suits alum, 41, had been in Europe since September 4. While the couple — who stepped down as working members of the royal family in 2020 — were initially across the pond for a series of philanthropic engagements, the nature of their visit quickly changed as the queen’s health deteriorated.

As Harry rushed to be by his grandmother’s side at her Balmoral estate in Scotland, the duke did not make it in time to say a final goodbye to the queen, who “died peacefully” on September 8 at age 96, per Buckingham Palace.

Queen Elizabeth II’s Funeral Comes to an Emotional End — What Comes Next?

Harry’s brother, Prince William, as well as their uncles Prince Andrew and Prince Edward, and Edward’s wife, Sophie, Countess of Wessex, also did not manage to reach the Scottish castle before her passing.

According to a Monday, September 19, report from The Telegraph, Harry was the “last to know” about the late sovereign’s death. On September 8, King Charles III allegedly called his youngest son — who, at the time, was on his way to Balmoral — five minutes before the queen’s death was announced to the public. In a statement, the palace said in response to the U.K. outlet’s report: “The public was only informed after every family member had been informed.”

In the days since her passing, Meghan and Harry — who was especially close to Her Majesty —publicly paid tribute to the late monarch in numerous ways. 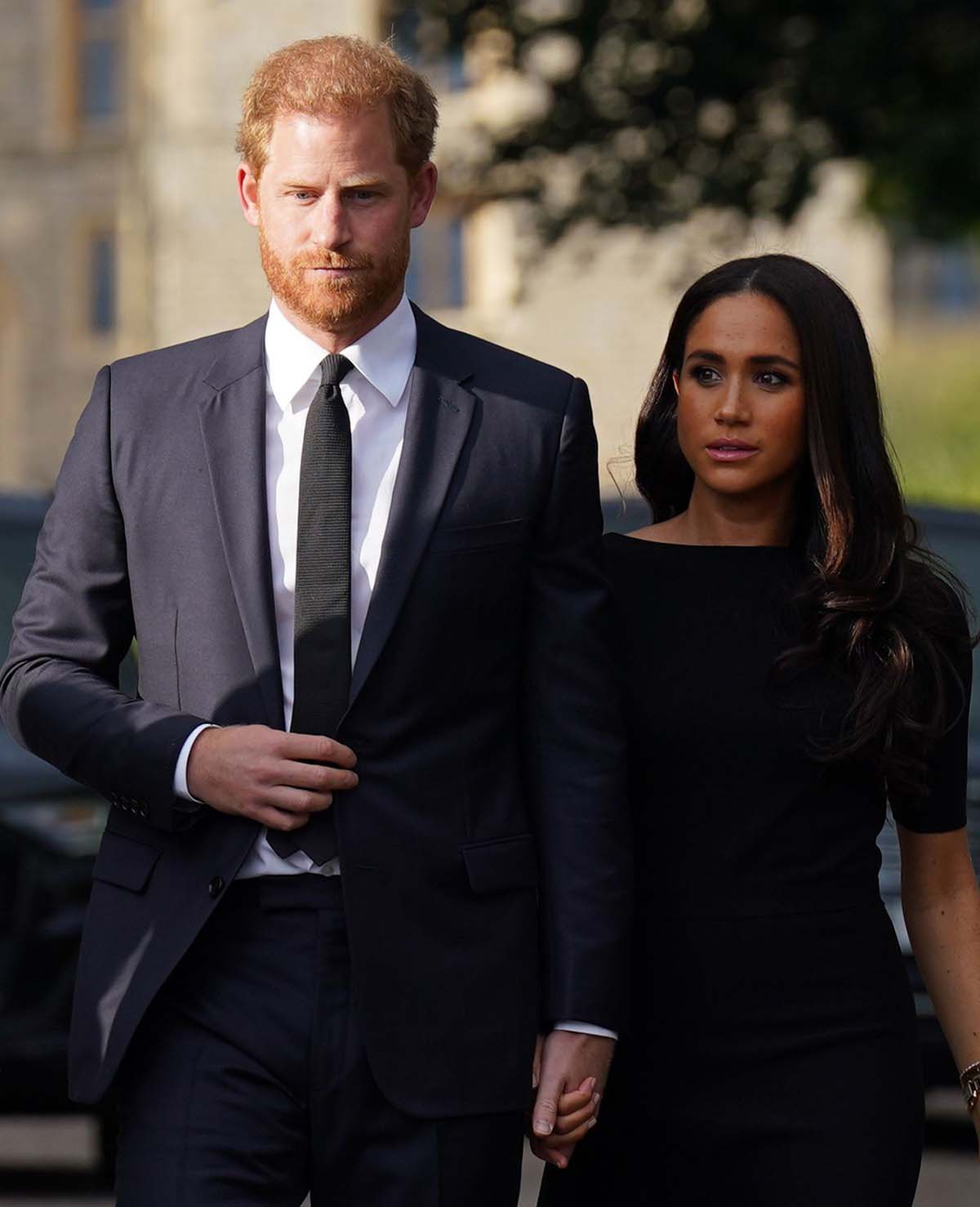 The couple, who married in 2018 and are the parents of Archie, 3, and Lilibet, 15 months, first greeted mourners with William, 40, and Princess Kate in Windsor, England, on September 10 — a rare occurrence for the “Fab Four,” who have been at odds since Harry and Meghan stepped down from their duties as senior royals two years prior.

On Saturday, September 17, William, Harry and their cousins Princess Beatrice, Princess Eugenie, Zara Tindall, Peter Phillips, Lady Louise Windsor and James, Viscount Severn — all eight of the queen and Prince Philip’s grandchildren — honored their late grandmother in a final vigil. As the young royals surrounded the monarch’s casket at Westminster Hall, where it was lying in state, Harry was notably in his military uniform — a special permission granted to him by the palace, as he lost his honorary military titles when stepping down as a working royal in 2020.

The Archewell cofounder also walked behind his late grandmother’s coffin during several processions in the days following her death, including Monday’s state funeral. 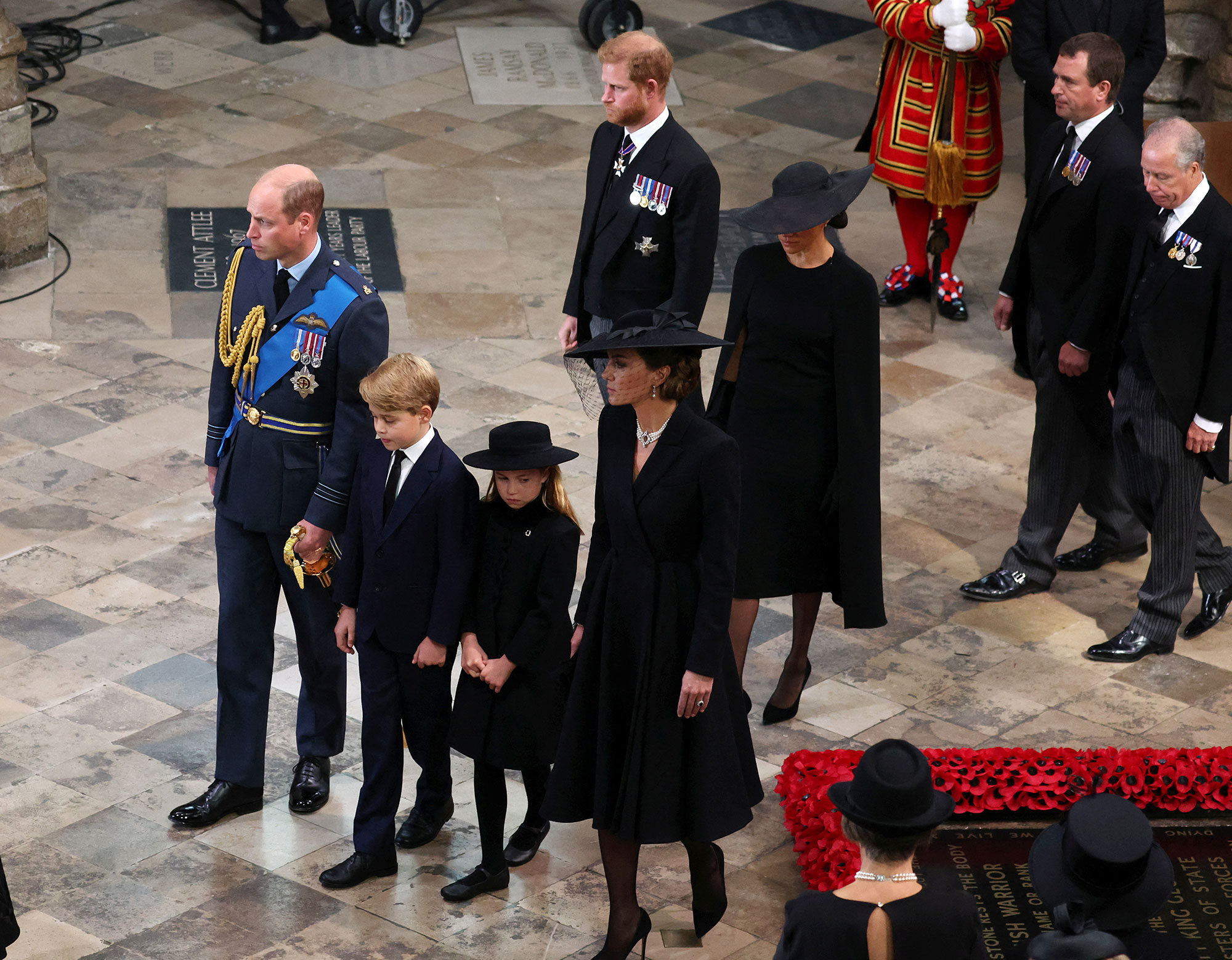 Meghan, who honored Elizabeth throughout the week by wearing several items of her jewelry, sat beside her husband at Westminster Abbey during Monday’s funeral service. The actress shed a tear as the coffin left the abbey and made its way to Wellington Arch.

“Granny, while this final parting brings us great sadness, I am forever grateful for all of our first meetings — from my earliest childhood memories with you, to meeting you for the first time as my commander in chief, to the first moment you met my darling wife and hugged your beloved great-grandchildren,” Harry shared in a statement on September 12. “I cherish these times shared with you, and the many other special moments in between. You are already sorely missed, not just by us, but by the world over. And as it comes to first meetings, we now honor my father in his new role as King Charles III.”

At Elizabeth’s Platinum Jubilee in June, she got to spent time with Archie and meet Lilibet, her namesake, for the first time. (Meghan and Harry’s children were not in attendance at the funeral.)

“After reluctantly pulling out of Party at the Palace [due to mobility issues], spending time with her great-grandchildren and seeing Lilibet turn 1 added some light to her day,” a source exclusively told Us Weekly at the time. “She thinks they’re adorable and gave Lili and Archie gifts.”

As Harry and Meghan make their way back home, it is on the heels of Charles, 73, proclaiming his “love” for the Sussexes, which he shared in his inaugural speech as king on September 9.

“I want also to express my love for Harry and Meghan, as they continue to build their lives overseas,” the new monarch stated at the time, in a message royal expert Gareth Russell exclusively told Us was an “olive branch” to the couple.