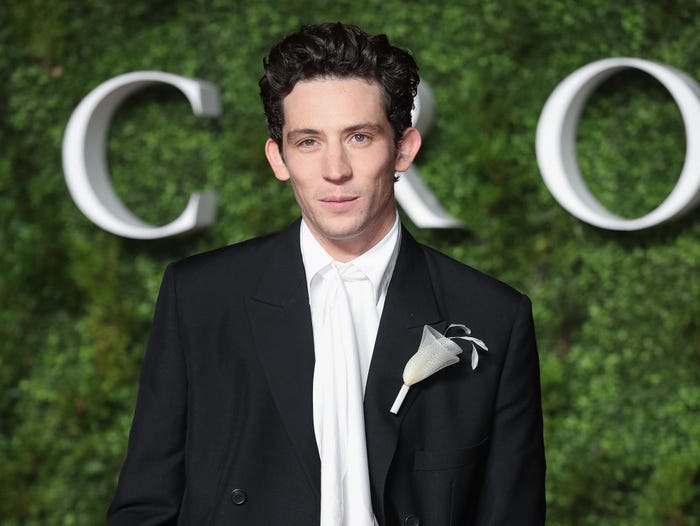 The actor who plays Prince Charles in season four of "The Crown" says the show doesn't need a disclaimer as fans know it's "pure fiction."

Josh O'Connor criticized UK Culture Secretary Oliver Dowden's request to Netflix to add a disclaimer at the beginning of each episode so that the younger generation of fans do not "mistake fiction for fact."

"It's a beautifully produced work of fiction, so as with other TV productions, Netflix should be very clear at the beginning it is just that," Dowden told the Daily Mail in November. "Without this, I fear a generation of viewers who did not live through these events may mistake fiction for fact."

"We were slightly let down by our culture secretary, whose job it is to encourage culture," O'Connor said during an appearance on the LA Times' "The Envelope" podcast, according to the Mail Online.

"In my opinion, it's pretty outrageous that he came out and said what he said. Particularly in this time when he knows that the arts are struggling and they're on their knees, I think it's a bit of a low blow," he said. "My personal view is that audiences understand. You have to show them the respect and understand that they're intelligent enough to see it for what it is, which is pure fiction."

O'Connor's comments echo Netflix's recent statement that it won't add a disclaimer to the series.

"We have always presented 'The Crown' as a drama – and we have every confidence our members understand it's a work of fiction that's broadly based on historical events. As a result, we have no plans – and see no need – to add a disclaimer," a spokesperson for Netflix told Deadline last week.

The show has garnered mixed opinions for its portrayal of Charles and Camilla's affair, something that the Prince of Wales has admitted to in real life. The royal spoke about his separation from Diana in a 1994 interview, saying he had remained faithful until the relationship "became irretrievably broken down, us both having tried."

Dowden defended his comments during an appearance on Good Morning Britain on Friday, saying he has "great affection" for the series but still stands by his original request, according to the Mail Online.

"I have great affection for 'The Crown', it's produced in my constituency, it's beautifully produced, but I think it's perfectly reasonable to put that warning on," he said.

Deborah Mitchell, a facialist to the Duchess of Cornwall for 14 years, agrees with Dowden's request. She told Insider that she believes the show has a responsibility to inform viewers that it isn't entirely factual.

"The duchess had poor publicity, and people aren't realizing that the programme is fictional. They should have it at the beginning: 'This is fictional and played by actors,'" she said.

Grant Harrold, a former butler to Prince Charles, told Insider that he doesn't think the show should have a disclaimer because it's clear that "it's a drama and it's factual."

"It's historically important, but at the same time, you have to take it with a pinch of salt. There are bits that aren't spot on, I can see that. But the bigger storylines with Princess Diana, it's all known about. She spoke about it," Harrold told Insider.