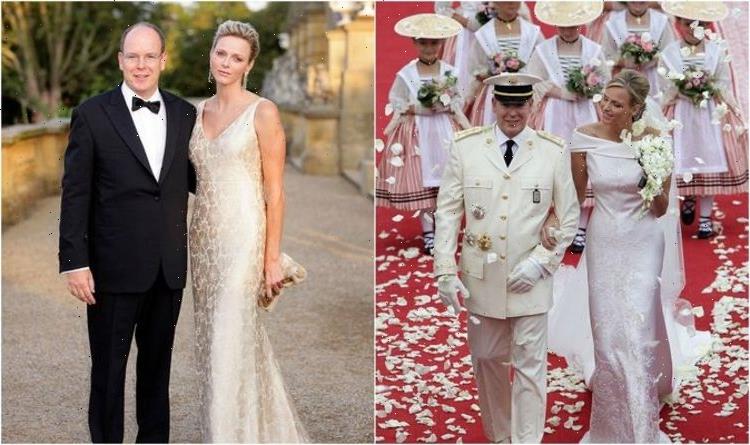 He married Princess Charlene, a former Olympic swimmer from South Africa, in 2011.

The princess has remained for several months alone in South Africa, which has given rise to various rumours that the couple is close to separating.

Her last appearance in Monaco was way back on January 27, for the Sainte-Devote ceremony, where she did appear with her husband, Prince Albert II.

Since then, his repeated absences, especially during the Monaco Grand Prix last May, have led to many divorce rumours.

Prince Albert II is the head of state of Monaco, where 32 percent of its population are millionaires.

He tied the knot with Princess Charlene in 2011 in a lavish three-day event that reportedly cost $70 million.

Her net worth is allegedly $150 million, so if the couple were to divorce she would not be left financially crippled.

It is not known whether or not the couple has a prenuptial agreement, however, Prince Albert would most certainly have the upper hand in terms of settling a divorce deal.

The divorce rumours intensified when the couple did not spend their 10th wedding anniversary together on 1 July 2021.

In a possible attempt to deflect the rumours, Princess Charlene posted on her Instagram account messages of “love” for her husband and their two children.

But Charlene and Albert have been going their separate ways for several months.

She spends her time alone in South Africa, while he mostly takes care of the twins in Monaco.

According to the latest reports, since last November, the Palace has made some movements to prepare for divorce.

Charlene has apparently already been looking for a house in Johannesburg, in the Benoni neighbourhood, where some of her family live.

Scandals have followed the royal couple over the last decade, with Charlene reportedly trying to escape her own wedding day to South Africa.

It is said that Monaco officials lured Charlene in 2011 by brokering a deal between Albert and his reluctant bride, saying she could leave the marriage as soon as she had provided a legitimate heir.

A royal source at the time said: “Charlene will provide an heir, then if things don’t go well, she will receive a generous divorce settlement once she’s served a decent amount of time.”

Princess Charlene could be seen in floods of tears on her wedding day, which has not helped the scandals or rumours in the subsequent decade.

The Guardian reported Charlene “emerged from the royal chapel where she laid her bouquet with top lip wobbling and a tear rolling down her cheek.

“While she dabbed the tears with a hankie, Prince Albert begged in a whisper, ‘Don’t cry, don’t cry.’”

A year after their wedding, it was reported Charlene became ‘depressed’ due to the fact she struggled to provide an heir for her husband.

“It would be very difficult now for her to get a divorce.”

Official sources have not yet confirmed a divorce so it is unclear if the Royal Family in Monaco will be rocked by a breakup.

If a divorce is filed, royal watchers will be eager to see how much money each party emerges with once finalised.