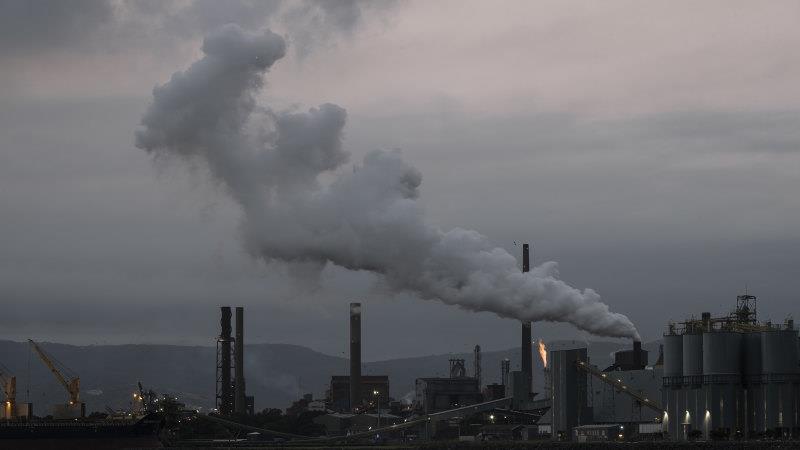 Voters will be shown the figures underpinning the government’s climate policy in the next fortnight as one Liberal MP pushes Australia to take a more ambitious emissions reduction target for 2030 to the next election.

Jason Falinski, who represents the seat of Mackellar on Sydney’s northern beaches, said projections showed Australia was already likely to reduce its emissions by 35 per cent by 2030 while the government committed to a 28 per cent reduction by that year. 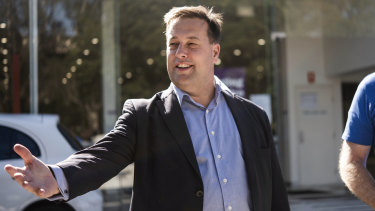 Jason Falinski, left, says the government should take a more ambitious climate target to the next election. Credit:Christopher Pearce

“What I’d like to see is to reset that target to above 35 per cent and see what we can do,” Mr Falinski said on ABC radio on Thursday morning.

“I think there will be some encouraging signs for that in the next six or so months and hopefully we can go to the election with an updated target which we can then take to [the next major climate summit] COP27.”

Katie Allen, another moderate Liberal MP, said 2035 was the next critical year because Australia was going to over deliver by 2030.

“I’d like to see a really ambitious emissions target for 2035,” Dr Allen said.

Labor has argued that the government’s 2030 target is insufficient but not unveiled its own policy while the Greens view a 75 per cent reduction in emissions as essential to protect the country’s future.

The government went through a period of intense internal turbulence, especially within the Nationals, last month over its climate targets with the junior Coalition partner eventually agreeing to a net zero emissions commitment by 2050 but no more ambitious action by 2030.

But the government now faces a fight to get its newly-announced $1 billion low emissions technology fund through Parliament after two Queensland government senators, along with several crossbenchers, signalled their opposition.

Liberal National Party senator Gerard Rennick said state governments had privatised the energy market in the belief that companies would deliver more for Australians but instead allowed corporations to keep taking public money.

“This is just another pile of money going into the honey pot for the rent-seeking parasites,” he said of the government’s proposed fund.

Prime Minister Scott Morrison called on Labor to support his bill and release its own 2030 target.

“This is an important technology. Not just me saying it, President Biden is saying it, Bill Gates is saying it,” Mr Morrison said on the Today Show. “These are the technologies that actually will get you to net zero by 2050 without having to put taxes on, without telling people what to do.”

Mr Morrison said he would release the government’s climate modelling “before we get back to Parliament”, which is scheduled to return on November 22.

Labor leader Anthony Albanese accused Mr Morrison of inconsistency for at once arguing for smaller government but also more funding.

“Just the day before, he was announcing saying, ‘We need another half a billion dollars of funding for a program’,” Mr Albanese said on 2SM radio.