Wine and cheese under the stars, while viewing the best of local and global new queer cinema on the big screen. That’s what awaits punters when the Melbourne Queer Film festival (MQFF) kicks off this week with screenings happening on the rooftop of the Victorian Pride Centre in St Kilda for the first time. 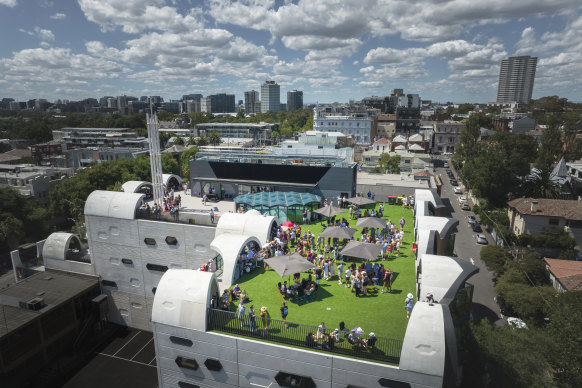 The Victorian Pride Centre rooftop, designed by Brearley Architects & Urbanists, will host a series of screenings as part of the Melbourne Queer Film Festival 2022.Credit:John Gollings

The Victorian Pride Centre is the only one of its type in Australia, and one of the largest in the world – comprising 6200 square metres over three floors including a mezzanine and a sprawling rooftop boasting views across Port Phillip Bay to the south and the city skyline to the north-west.

“This is the first all-purpose centre for GLBTIQ+ communities in Australia, so it really made sense for us to house part of our festival here,” said Melbourne Queer Film festival director David Martin Harris.

Harris says as MQFF is already a permanent tenant of the building it was a “no-brainer” to stage the festival there, as well as providing an open-air option for members of the community still worried about COVID exposure.

“Melbourne is emerging from COVID and the Pride Centre is really coming into its own as the important cultural centre it was first envisioned to be.” 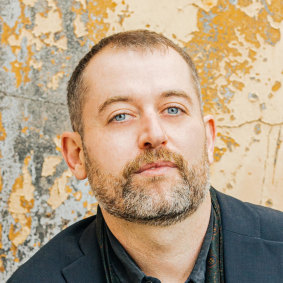 Harris says the festival “really thought hard” about what films would work best on the rooftop setting, and have curated a mix of Australian premiere screenings, documentaries and the Gay as F Australian shorts package.

Among the highlights will be the Australian premiere of the Spanish film 8 Years, which explores the relationship between an estranged gay couple and was reportedly the last film to be shot on La Palma Island before the 2021 volcano eruption, and the British documentary Blitzed about the infamous London nightclub seen through the eyes of regulars including Boy George, Princess Julia and David Bowie.

The arrival of the Melbourne Queer Film Festival is the latest manifestation of what architects James Brearley and Grant Amon say was their intention to give the Victorian Pride Centre “maximum potential for unknown future events”.

“We have seen many types of events occupy the building already including political events, disco yoga on the rooftop, markets, and exhibitions. So, it’s very exciting that the MQFF will be held up there,” says Brearley.

The Pride Centre, which opened its doors in July 2021, features a grand portico onto Fitzroy street, a grand atrium and a tubular architectural style throughout that has won it the perhaps hyperbolic moniker of the “Gaudi of the south”. Last week the building won a prestigious Australian Institute of Architects Award for the best Public Architecture. 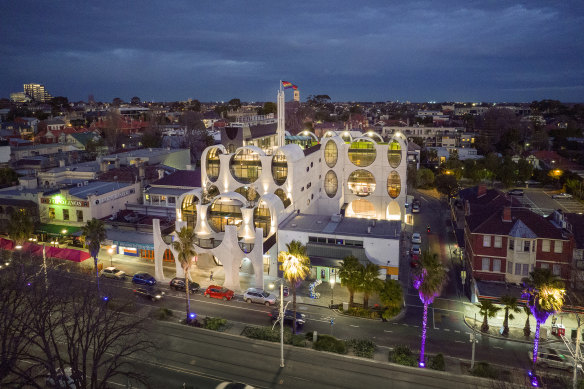 The architects took their colour palette from the colours of the rainbow, the colours used for this community.Credit:John Gollings

According to Grant Amon, who worked with Brearley as key architects of the building, the rooftop was designed to be a multipurpose cultural space, or a “square up there” for public usage, featuring a full kitchen, servery and bar. “The rooftop space covers the entire building footprint and is quickly emerging as an integral part of our collective social and cultural community,” says Amon.

Brearley sees the cultural expansion from the Pride Centre as central to the transformation of St Kilda back to the iconic culture precinct it has historically been. “Combined with the Alex theatres, the new Prince of Wales, and other booming local venues, the Pride Centre makes a great contribution to the resurrection of Fitzroy Street,” he says. 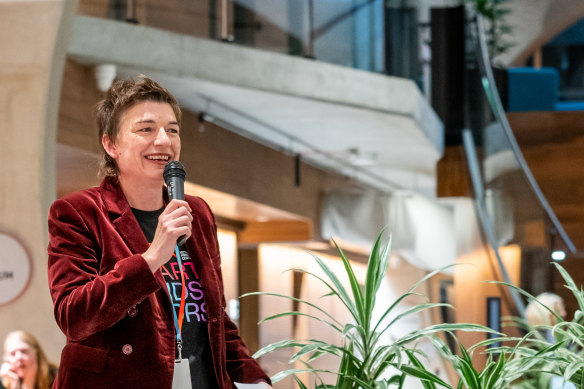 “St Kilda has historically been a place of visibility and celebration for LGBTIQ+ communities, and the Rooftop Cinema builds upon this proud queer heritage and confirms the Pride Centre as a social, cultural and community hub,” she says.

“We are delighted to work in partnership with MQFF to bring a season of movie magic to the Pride Centre rooftop.”