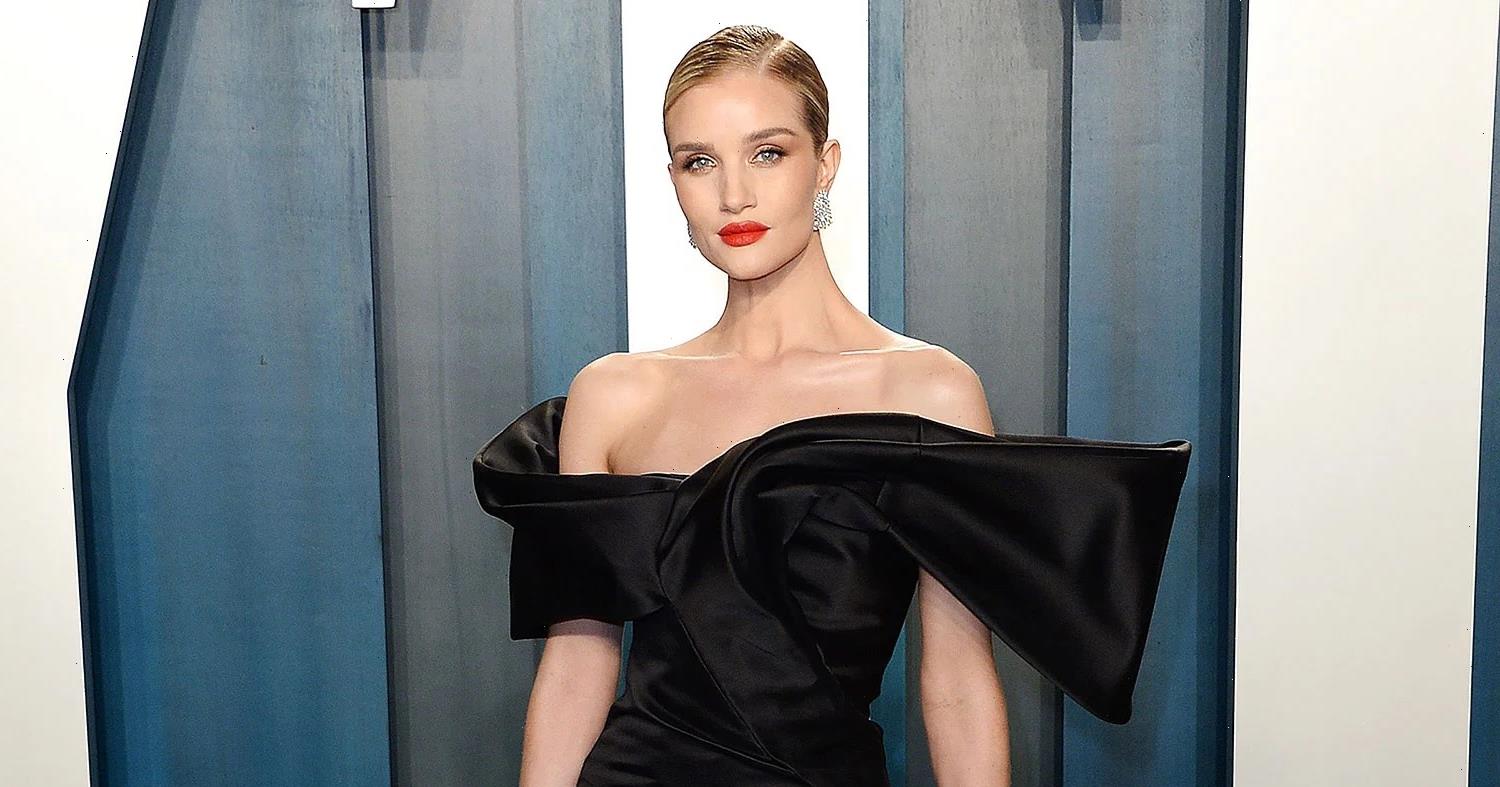 The start of something new. Pregnant Rosie Huntington-Whiteley opened up about how parenting changed her in a Monday, November 15, interview.

Celebrity Pregnancy Announcements of 2021: See Which Stars Are Expecting

“For a period after I had my first son, there was a real shift in identity and a sort of mourning of the loss of your old life and who you were,” the model, 34, told Net-A-Porter of Jack’s 2017 birth. “I just remember feeling like the rug was pulled out from underneath me.”

The England native added that it took her “a long time to come around” to her new sense of self.

“I think once I stepped into the role, embraced it, everything sort of relaxed a little bit,” the actress explained to the magazine. “I did start to feel this new sense of life. And now in my 30s, my confidence is so much [greater], and my ability to make decisions and not second-guess myself is stronger. I genuinely feel like my life is much more well-rounded.”

Huntington-Whiteley shares her little one with husband Jason Statham. She announced in August that their second child is on the way.

“We’re definitely both ambitious and excited for life,” the Mad Max: Fury Road star said on Monday of parenting with the actor, 54. “Jay is my greatest protector. I hope he would say the same for me with him. … He has been a great mentor for me with work and navigating the industries. He’s renowned for being a tough businessman. As someone who’s probably a little bit softer by nature myself, he’s given me a lot of support to make those tough decisions. … And he’s really given me the wings to fly in that sense.”

When it comes to having more kids, the Fate of the Furious star and his wife are “really asking” themselves what their family’s future looks like.

Famous Fathers Who Had Kids Late in Life

“Nature is where I find myself most restored,” the producer said. “That’s something I really want to achieve for my family in the near future – our own little slice of nature and animals and all of those things around us. I think that will give a nice balance to the rest our lifestyle. I’m excited to start creating that. That’s one of the great things about being back here in the U.K. as well.”

The pair have been dating since 2010, announcing their engagement in January 2016.