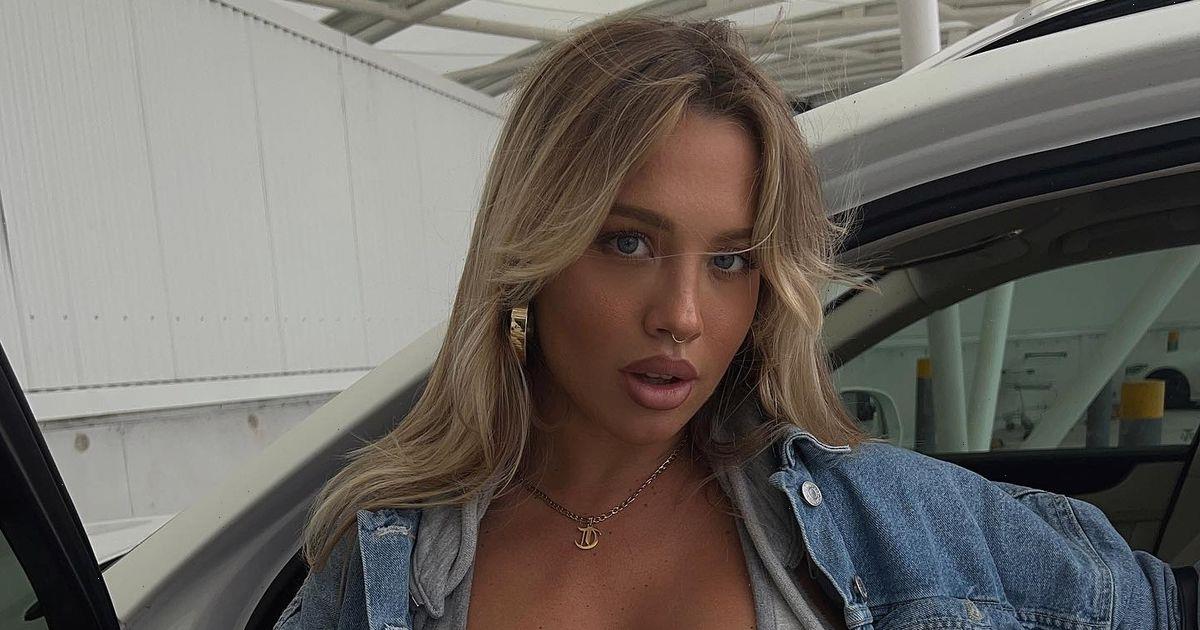 The Australian influencer has been fairly open about her latest pregnancy on Instagram where she has over 14.7million followers.

Now with weeks left until she gets to meet her newborn with fiancé Matt Poole, the couple were out celebrating his birthday.

The crop featured a cut-out design while the skirt had a slit on the left.

She teamed the look with a pair of pink heels which came with a butterfly design.

While some of Tammy's followers branded the style "beautiful" and "amazing", model Belle Lucia said it was the "cutest outfit ever".

Another fan wrote: "Okay you stay slaying pregnancy," while another gushed: "This outfit is so pretty wow."

Others predicted that Tammy's "baby was coming soon".

Meanwhile in an exclusive interview with news.com.au, Tammy's sister Amy, 31, said she was due in six weeks earlier this month.

Tammy shared the news of her pregnancy in December last year, just two weeks after revealing her engagement.

In a clip, the mum-of-two walks slowly to her future husband Matt as he hugs her from behind to show the baby bump.

The mum, who got engaged in November, described how her "heart might explode" in a series of snaps with her family.

But despite often sharing glowing snaps of her pregnancy, Tammy has been struggling with her health.

In March, she explained how she constantly feels lethargic because she is fully anaemic.

Anaemia is a condition where the blood doesn't have enough healthy red blood cells to carry oxygen around the body.

It is believed mild anaemia is common in pregnancy.