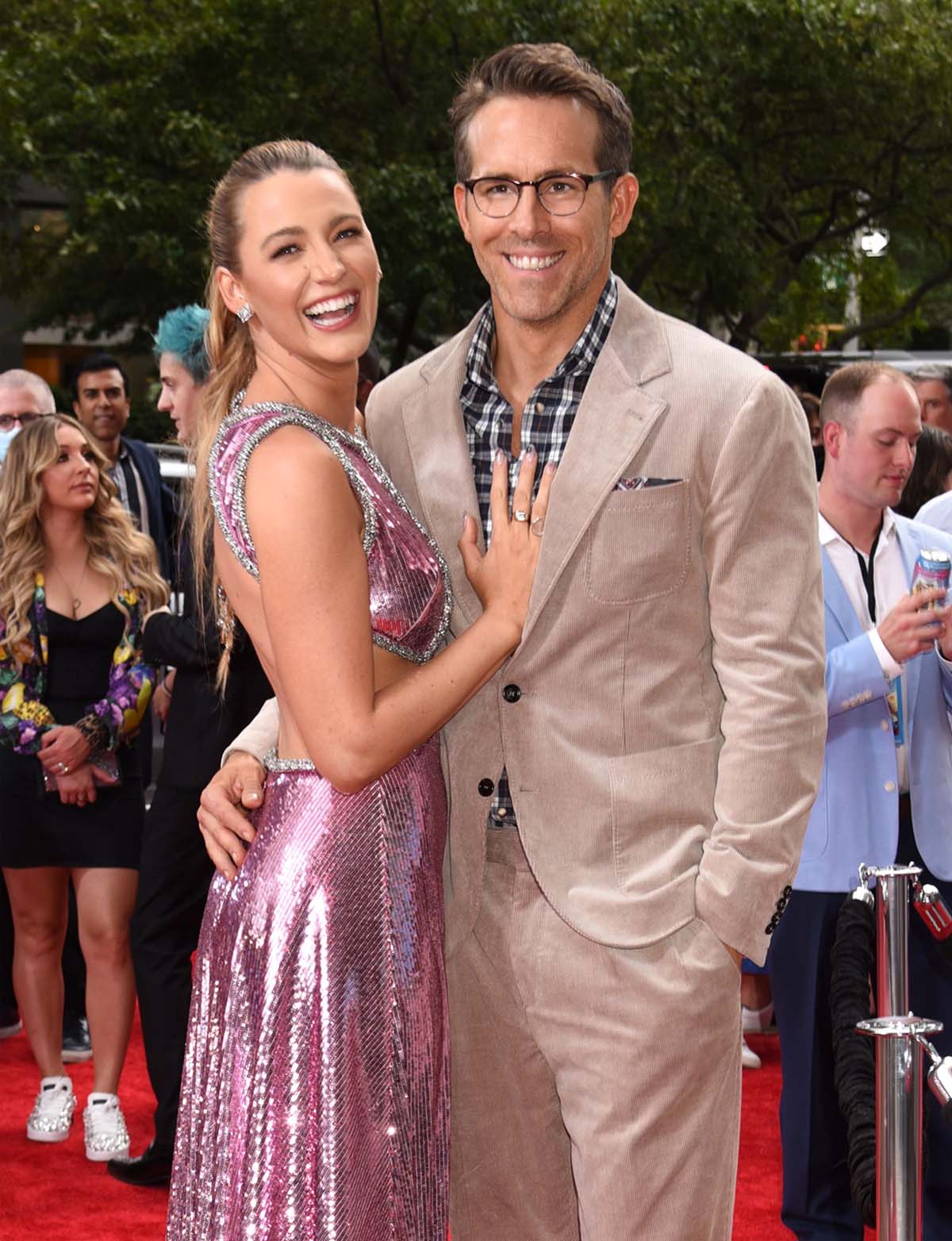 Fingers crossed! After welcoming three girls, Blake Lively and Ryan Reynolds have their sights set on a son as they prepare for baby No. 4.

“They are hoping for a boy this time around,” a source exclusively tells Us Weekly. “But, of course, they just want a healthy baby, no matter the gender.”

The pregnant actress, 35, and the Deadpool star, 45, “love being parents,” the insider says, noting that whether their fourth child is a boy or girl they are ready to expand their brood.

“The timing is perfect because all of their kids are two years apart so they’re keeping with the pattern,” the source adds.

Us confirmed on Thursday, September 15, that the Gossip Girl alum is expecting her fourth baby with Reynolds.

That same day, the Betty Buzz founder revealed her pregnancy while attending the 10th annual Forbes Power Women’s Summit. She wore a sparkly mini dress as she posed for photos — which showed off her growing baby bump.

The “radiant” Age of Adelaide actress wasn’t “trying to hide” her belly, an onlooker revealed to Us at the time, noting that she was gently cradling her stomach before heading into her panel.

“Blake is relieved that the secret is out. She held it in until she couldn’t anymore!” an insider exclusively told Us on Friday, September 16. “She loves dressing up her baby bump and wanted to make a statement. … She’s truly glowing.”

Lively, for her part, gushed over her role as a mother and an entrepreneur during Thursday’s event, saying, “I just like to create. Whether that’s baking or storytelling or businesses or humans, I just really like creating.”

The Sisterhood of the Traveling Pants star added that she is “so obsessed with my family” and her passion for them and her work has allowed her to grow in her career.

“I’m very into product development. If I can’t create it, I don’t want to be a part of it, just because there’s so many great things out there,” she explained to the crowd. “I want to create something that is missing and I love for my kids to see that across all areas.”

Lively has been married to her Green Lantern costar since 2012. The couple have since welcomed three daughters: James, 7, Inez, 5, and Betty, 2.