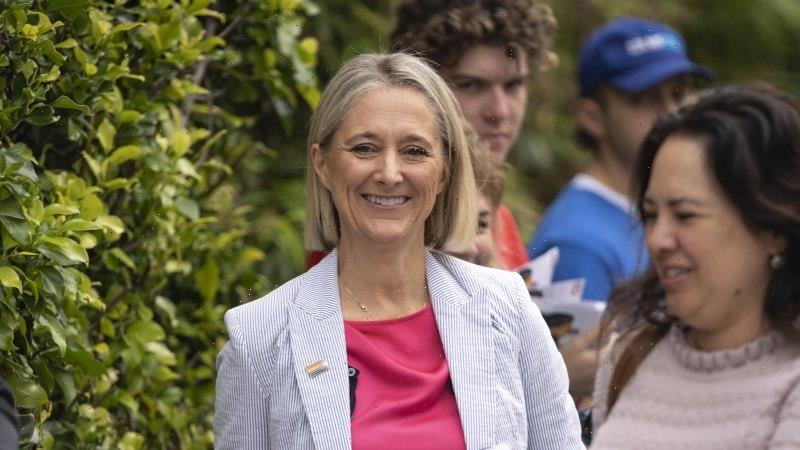 Victoria’s lower house looks set to get an expanded crossbench with early results pointing to gains for both independent and Green MPs as both major parties faced swings in their respective heartlands.

With more than 10 per cent of the vote counted, about 17 per cent of voters had backed candidates outside the major parties.

But one existing independent, Suzanna Sheed in Shepparton – a traditional National stronghold – will struggle to retain the seat she has held since 2014, based on early results. 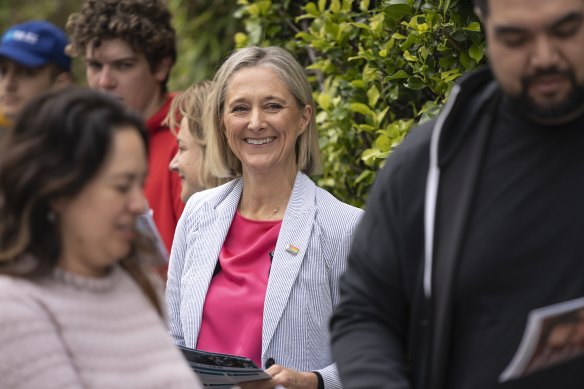 As early counting pointed to a substantial swing against Labor in Melbourne, it appeared the Liberals may lose ground in Melbourne seats including Kew, where the environment, integrity and gender-focused “teal” movement continues its march through Melbourne’s inner east and south-east.

Notably, teal candidate for Kew Sophie Torney, who was polling well early against Liberal candidate Jess Wilson, said her team had had a positive reception as they door-knocked 16,000 homes.

Speaking from her “war room”, where she was debriefing with her campaign team before 8pm, Torney would not predict the result in the seat.

“We’ve done everything we could. It’s been an incredible campaign. I’m thankful for the team and the people of Kew,” she said.

At 7.30pm, fellow teal candidate for Mornington, Kate Lardner, was also polling well in her challenge to former federal Liberal MP Chris Crewther, who was hoping to resume his parliamentary career while defending a Liberal margin of 5 per cent.

On early figures last night, Crewther had gathered 35.4 percent of the primary vote, but Lardner – who was isolating at home after contracting a mild case of COVID-19 – said early indications were the vote would be very close.

In Benambra, long-serving Liberal MP Bill Tilley was facing a second challenge from independent Jacqui Hawkins, who was fighting to overcome a 2.6 percent margin. But early last night Tilley was well ahead having gathered 41.9 percent of primary votes, compared with Hawkins’ 28 per cent.

In Mildura, sitting independent Ali Cupper said scrutineers had confirmed her winning the primary vote in far-flung rural booths in Birchip and Yaapeet.

“If we’re seeing those sorts of trends then I will significantly improve my primary vote from 2018,” she said.

The Coalition was fighting to win back the seat with Liberal candidate Paul Matheson and the Nationals’ Jade Benham both contesting the seat.

Sheed has held the former National stronghold off Shepparton for two terms and is now in the political fight of her life up against strong National and Liberal candidates. “This will be the toughest (election) of them all,” Sheed said as counting continued.

She acknowledged she was up against two strong candidates and results from early booths showed a close three-way contest.

In outer suburban areas still reeling from the impacts of lockdowns, an early swing against Labor MP Steve McGhie was putting Melton within reach of independent Dr Ian Birchall, who is viewed as a serious contender.

On Saturday night, as he prepared for an election night function at Melton Country Club, McGhie said he felt “reasonably confident”.

He said he had positive responses at “at the doors, on the phone and at the pre-polls”.

McGhie said it appeared Birchall was probably his main threat, though the Liberals had run “a pretty good campaign”. With less than two per cent of the vote counted, McGhie was leading the early count.

The current crossbench includes three Greens in the seats of Melbourne, Brunswick and Prahran, country independents Sheed and Cupper and the retiring Russell Northe in Morwell.

Boosted by the Liberals’ decision to preference them ahead of Labor, the Greens were doing well in the once safe Labor seats of Richmond and were enjoying a remarkable early swing of about 20 percent in Footscray.

Check out the live results in our data centre here.