ABC chair Ita Buttrose has accused the government of political interference over a decision to launch a Senate inquiry into the way it and SBS handles complaints from the public.

Ms Buttrose will ask the government to suspend or terminate the inquiry, which was announced by Liberal senator Andrew Bragg, chair of the Senate Standing Committee on Environment and Communications, last Thursday night. She said the review of the ABC’s processes undermined the public broadcaster and was a clear example of interference by the government.

“This is an act of political interference designed to intimidate the ABC and mute its role as this country’s most trusted source of public interest journalism. If politicians determine the operation of the national broadcaster’s complaints system, they can influence what is reported by the ABC,” Ms Buttrose said. 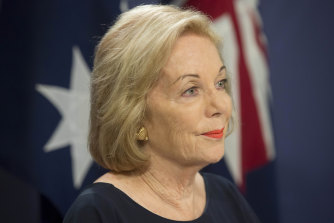 “Once again, an elected representative has chosen to threaten the ABC’s independence at the expense of the integrity of this irreplaceable public service. Any incursion of this kind into the ABC’s independence should be seen by Australians for what it is: an attempt to weaken the community’s trust in the public broadcaster."

Mr Bragg’s decision to conduct a senate inquiry was made after the national broadcaster announced last month it had commissioned its first official review into the way it handles complaints in 12 years. Ms Buttrose commissioned former Commonwealth and NSW ombudsman, Professor John McMillan, and former SBS, Seven and Ten news boss Jim Carroll to run the review, which will hand down its findings by April.

When Mr Bragg was asked by this masthead why there was a need for a government inquiry, he said the Senate had “strong powers” and was “truly independent”.

“I want the ABC to be its very best,” Senator Bragg said. “The ABC hasn’t been handling complaints appropriately.”

Ms Buttrose said the government had now undertaken a task that not only underway, but the legal responsibility of the ABC board.

“When Parliament resumes later this month, I respectfully ask the Senate to act to defend the independence of the ABC, as Australia’s national broadcaster, by passing a motion to terminate or suspend this inquiry until the independent process commissioned by the ABC Board has been completed” Ms Buttrose said.

“This Senate inquiry has nothing to do with improving the national broadcasters and everything to do with the Morrison government’s aversion to scrutiny and accountability,” Ms Rowland said, vowing to defend the two media outlets.

ABC’s complaints are handled by the audience and consumer affairs division though complainants who are dissatisfied with the outcome can refer the complaint to the independent Australian Communications and Media Authority.

SBS handles complaints through an internal ombudsman and are escalated to the ACMA if a complainant is unsatisfied. But ABC’s process has come under scrutiny in recent months over a series of television programs and news articles.

The Australia Israel and Jewish Affairs Council demanded reform of the complaints policy after the ABC’s internal division dismissed claims of bias and lack of impartiality on an episode of Q&A. Milton Cockburn, former editor and advisor to former NSW prime minister Neville Wran also criticised the internal complaints division after it dismissed his complaint about an investigative series on the 1979 Luna Park tragedy. His complaint led to an external review which found the program was unfair to Mr Wran.

A complaint by Rupert Murdoch’s US cable network Fox News that raised concerns of bias and breaches of editorial practices regarding the ABC’s coverage of Fox’s role in the 2020 US presidential election and its aftermath was also dismissed by the internal complaints division.

Fox is still deciding whether to progress with a complaint to the ACMA.