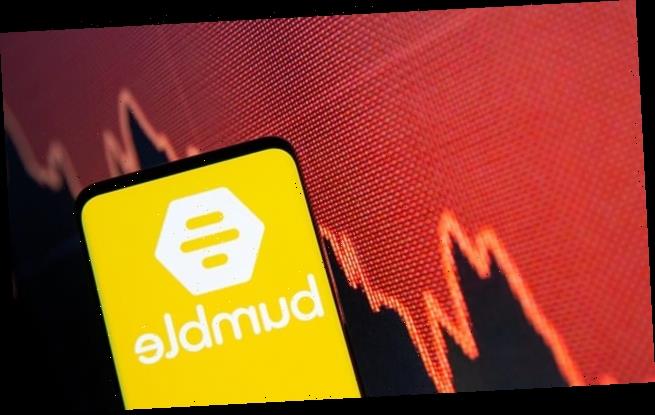 PLATELL’S PEOPLE: Why online dating apps are such a turn off

Tomorrow’s the day when loved-up couples exchange roses and chocolates and rejoice in their good fortune, while singletons lament their lot, hope for Valentine’s cards — and, perhaps, desperately swipe right on their iPhone dating apps.

Right means you like the look of them, swipe left and it’s thanks but no thanks.

Around half of all 18 to 34-year-olds use dating apps, there are more than 1,400 in the UK alone — and only this week, the founder of the Bumble app, Whitney Wolfe-Herd, became a billionaire at 31 after floating the business on Wall Street.

She created a new app that ’empowered’ women, with only females able to make the first move and men banned from contacting them unless they approved. 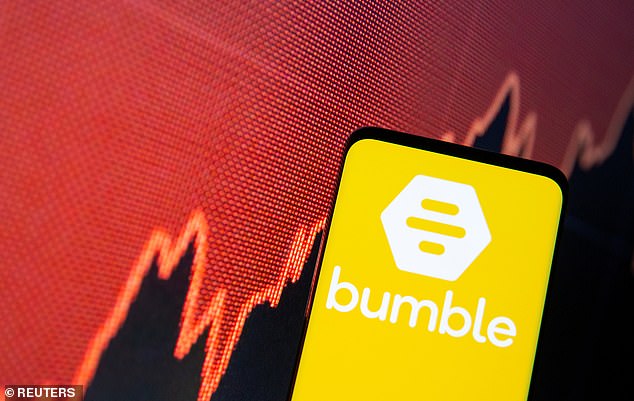 Tomorrow’s the day when loved-up couples exchange roses and chocolates and rejoice in their good fortune, while singletons lament their lot, hope for Valentine’s cards — and, perhaps, desperately swipe right on their iPhone dating apps

A triumph for the sisterhood. Or not, as I discovered using Bumble — for research purposes only!

Like most dating apps, Bumble turns out to be a meat, not a meet, market. As a recent survey revealed, men want long legs, while women want long commitment and a man who can make them laugh.

But it was the men having the laugh. Like the guy I met who said he was an SAS officer but turned out to be a former cop whose job was handcuffing migrants on planes to send them home.

Or the Harvard professor who asked me if I had a spare £20,000 to help with the palliative care of his son who had an inoperable brain tumour.

The high end of the dating world is no better. Unlike Bumble, which is free but has introduced creeping fees for an ‘enhanced’ service, they charge thousands for an introduction.

At one such agency, during a two-hour interview to see if I was suitable, I was asked if my breasts were my own as opposed to implants and if I’d ever had Botox or a face lift, as suitable suitors didn’t like that.

Then they showed me pictures of old goats who’d never see 80 again parading as wealthy, fit 50-year-olds. I made my excuses and left.

After these experiences, I find it depressing that one of the world’s only self-made female billionaires made her fortune from it.

Happily married Whitney Wolfe-Herd may be. But, in my view, she is in the business of promoting false hopes of happiness.

Frankly, any woman with sense would take one look at what she offers — and swipe left. Even a singleton on St Valentine’s Day.

Poor Petra, such a hard life

How noble is billion-heiress Petra Ecclestone.

While travelling to seven countries during lockdown to avoid Covid due to her crippling anxiety, she and fiance Sam Palmer found time to share their emotional struggles raising their children via their new podcast P.S Say Cheese.

I’m guessing P.S Pass The Sickbag was just a tad too long for a hashtag. 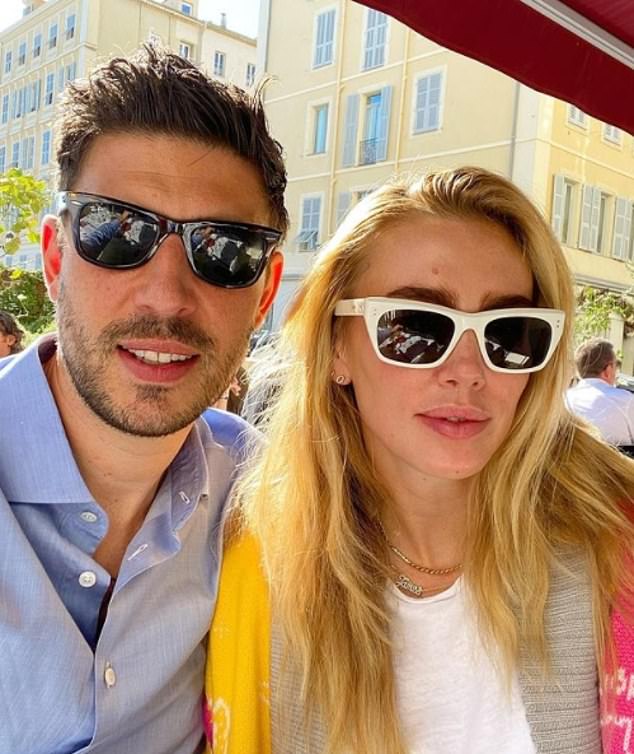 How noble is billion-heiress Petra Ecclestone. While travelling to seven countries during lockdown to avoid Covid due to her crippling anxiety, she and fiance Sam Palmer found time to share their emotional struggles raising their children via their new podcast P.S Say Cheese

Sofa so bad for Naga…

Nags’s great revelation was that she mixed things up at home by trying to sit on a different part of the sofa to watch TV but only managed two minutes before reclaiming her normal place.

That would be a whole minute longer than listeners took to switch stations. 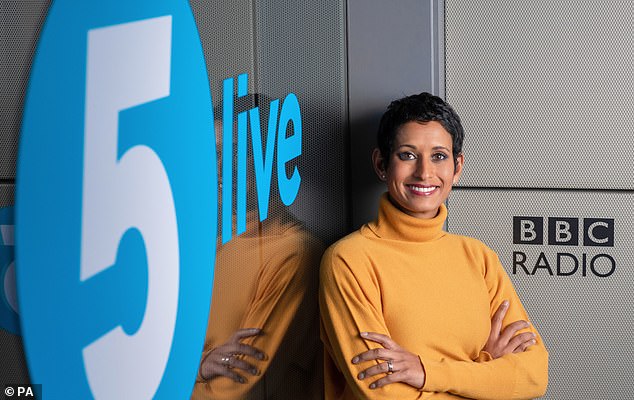 A bunch of fossils

Creators of the movie Ammonite, about the brilliant yet rather self-effacing British geologist Mary Anning who discovered fossils of prehistoric beasts, have been scratching their heads as how to make it appeal to a wider audience.

Their solution was to throw in totally invented lesbian scenes between Kate Winslet as Mary and her lifelong friend and fossil finder Charlotte, played by the sublimely sexy Saoirse Ronan.

Which just proves that those who made the film are a bunch of dinosaurs. 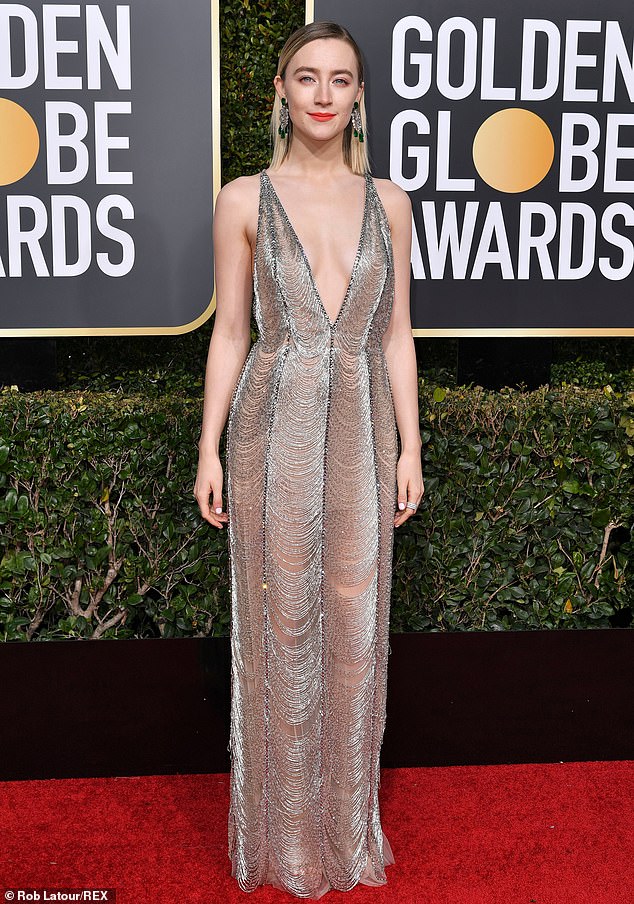 Princess Eugenie follows the celebrity trend of posting the first picture of her first child in black and white, headless, a tiny hand clutching his parents.

Mystery still surrounds the child’s name. In these days of workshy royal hangers-on, who cares — now that it doesn’t have a royal title before it. 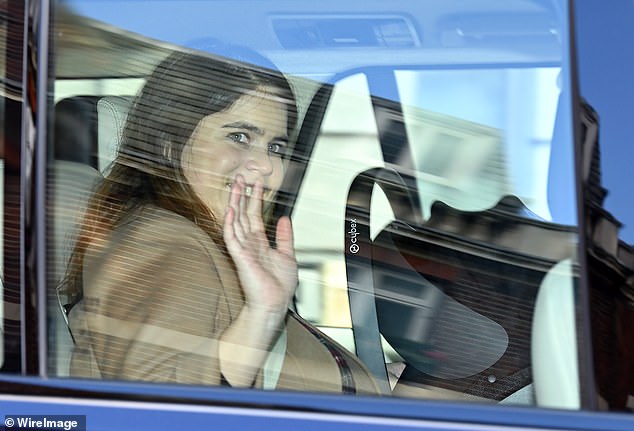 Princess Eugenie follows the celebrity trend of posting the first picture of her first child in black and white, headless, a tiny hand clutching his parents

Esteemed academic Kehinde Andrews led the charge in an online debate held by Churchill College, Cambridge, claiming Winston Churchill was a ‘racist’ and the British Empire was ‘worse than the Nazis’.

Surely it is only because Churchill saved our democratic freedoms from the Nazis that Andrews is at liberty to air his views?

We Boss fans were astounded when Bruce Springsteen did an advert for a Jeep, having vowed he’d never sell out to commercial sponsors.

Now we learn he was done for drink-driving late at night months earlier in his own Jeep and the ad has been ‘paused’.

Call it karma, call it carelessness, but he should have stuck to dancing, not driving, in the dark. 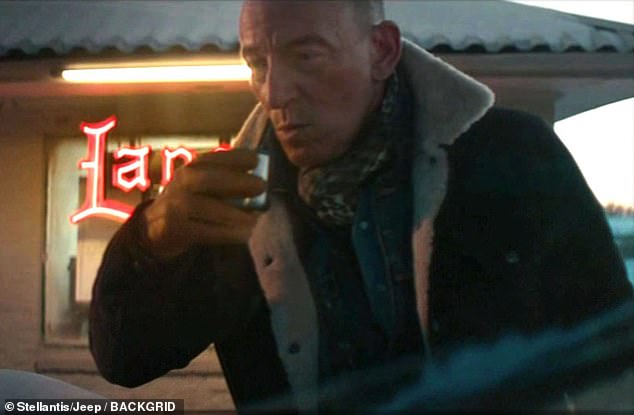 We Boss fans were astounded when Bruce Springsteen did an advert for a Jeep, having vowed he’d never sell out to commercial sponsors

Delighted to see the good citizens of Whitstable, Kent, demanded the town switch back on its Christmas lights to cheer them up during Covid gloom.

It rather vindicated my decision to keep my tree up for the same reason.

But I have since been both shamed as a pagan for doing so and, worse, as naff for having a fake tree. At least I’m doing my bit to save the planet.

I had my Covid jab on Wednesday in a vast North London sports hall — under NHS guidelines I am among the ‘extremely clinically vulnerable’ because I lost my spleen when I was teenager after a car crash.

It took a few minutes and ran like a well-oiled machine, with 180 people every hour getting the jab.

Nine booths with two people in each, one doing the admin and the other the injection, around 20 marshals ushering us through.

Most astonishing of all was that every official I spoke to turned out to be a volunteer — even the one giving me the jab!

As a young American steward in a high-viz jacket awaiting a place at her chosen university said: ‘What greater way can I show my love for my adopted country?’

The bookies’ favourite to replace my brilliant colleague John Humphrys as the host of Mastermind is Samira Ahmed, a presenter with all the charm and warmth of a wet weekend in Hull.

The other leading contenders for the job are all women and, unsurprisingly for the hand-wringingly PC Beeb, not a single bloke is in with a chance.

How long before the BBC is renamed the British Broad Corporation?

Having met Lady Brittan a couple of times, I always found her one formidable woman.

She had to endure watching her frail, late husband Leon, the former Home Secretary, being hounded over false accusations of child sexual abuse made by Carl Beech — aka ‘Nick’ — whose ludicrous allegations were deemed ‘credible and true’ by the Metropolitan Police.

Lady Brittan has launched a very dignified yet ferocious fight back. 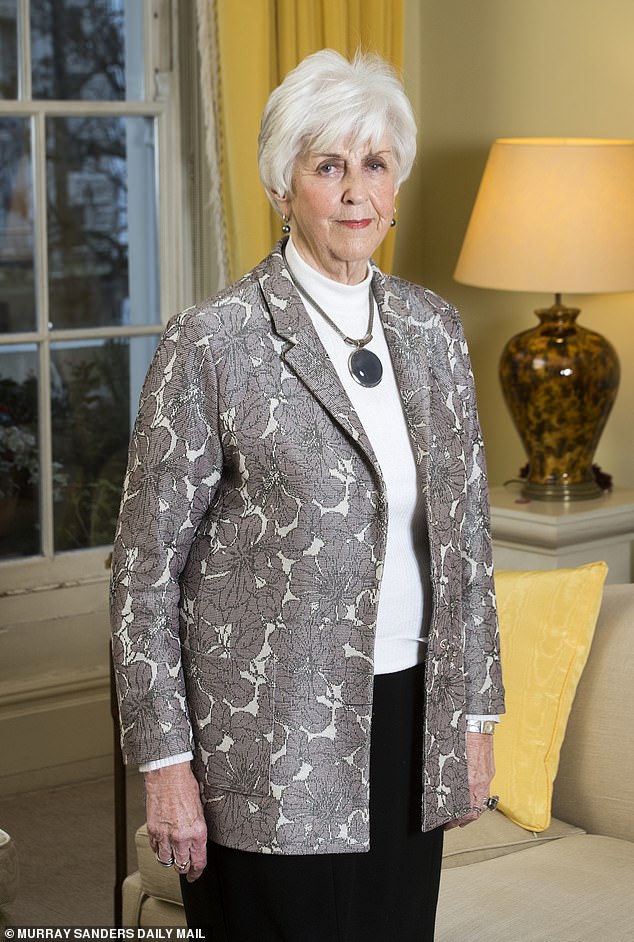 Having met Lady Brittan a couple of times, I always found her one formidable woman

She is appalled by the shameful culture of cover up and the absence of a moral compass at the top of the Met.

And in her determination to see things put right, she will give no quarter.

Just as she received none when police barged into her home, ransacked her possessions and made her feel she — not ‘Nick’ — was the criminal.

Hols in her logic

Shop-owner and mum-of-six Kelly Newton laments that she could lose up to £4,000 after booking four overseas holidays this year to celebrate her 50th birthday, including a romantic break in the Maldives with her husband.

She’s beside herself as she can’t afford the cost of quarantine for her brood when they return and feels she’s been badly misled by the Government.

Can I be the only one wondering which part of the official advice not to travel abroad unless for an emergency this matriarch didn’t quite understand?

As a Spurs fan, I rejoice in the feast of football we have enjoyed during lockdown. But why do players keep hugging each other after a goal, against all lockdown rules?

Why do Premier League stars appear in ads promoting online betting targeted at vulnerable kids who worship them?

And perhaps, most importantly, how do their carefully sculpted hairstyles remain so immaculate when the hair salons are closed?