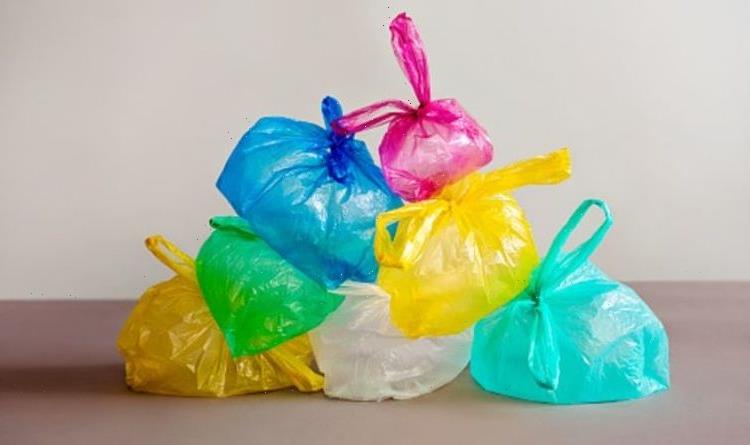 Dale Vince said we need to end our throwaway culture which is “incredibly wasteful”. He added: “Let’s start with plastic bags – our planet is choking on them. Rubbish lasts so long in the environment that one thousand years from now archaeologists will label this the Plastic Age – our bad habits will have entered the fossil record of Earth.” Dale, 59, is backing the Daily Express campaign Green Britain Needs You which calls for a ban on plastic carriers.

Yesterday the levy on single-use bags was raised from 5p to 10p. But the Banfield family, who are sharing their green journey with Express readers, feel they were “conned” into using bags for life after learning they can contain more ­plastic than single-use carriers.

Mandy, 43, said: “Banning plastic is something we should have done a long time ago. For years, we’ve all used plastic bags – not even really with too much thought about it sitting in landfill, where they’re not going to decompose.

“Supermarkets seem to have improved. Since the Government brought in the 5p charge, I think a lot more people have got on board with using the big shopping bags.” 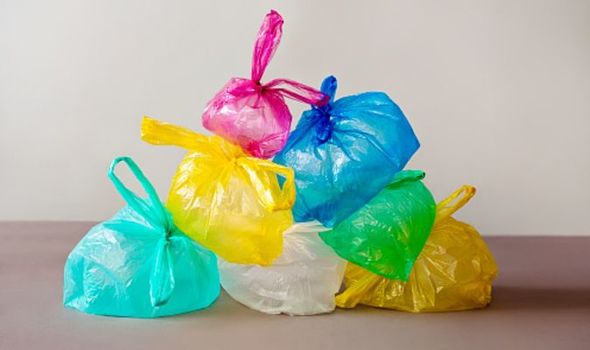 Joe, 43, said: “I hadn’t realised more plastic is used in bags for life. You think less plastic would have been used. I’ll use the bags we have now and won’t throw them away. I just assumed they were fine because we were told they’re bags for life. But we almost got conned into it.”

The couple from Milton Keynes, Bucks, plus children Amelie, nine, Archie, six, and Ayla, four, are determined to avoid buying any bags in the foreseeable future.

Joe recalled “the number of times I’ve turned up to a shopping centre and gone ‘Ah, I can’t be bothered to go back to the car and get a bag’.

“That was another big problem. You need to make it prohibitive enough to force people to use them more than once.”

The Banfields also use cotton tote bags and support greater use of paper carriers, if they are sustainably sourced. 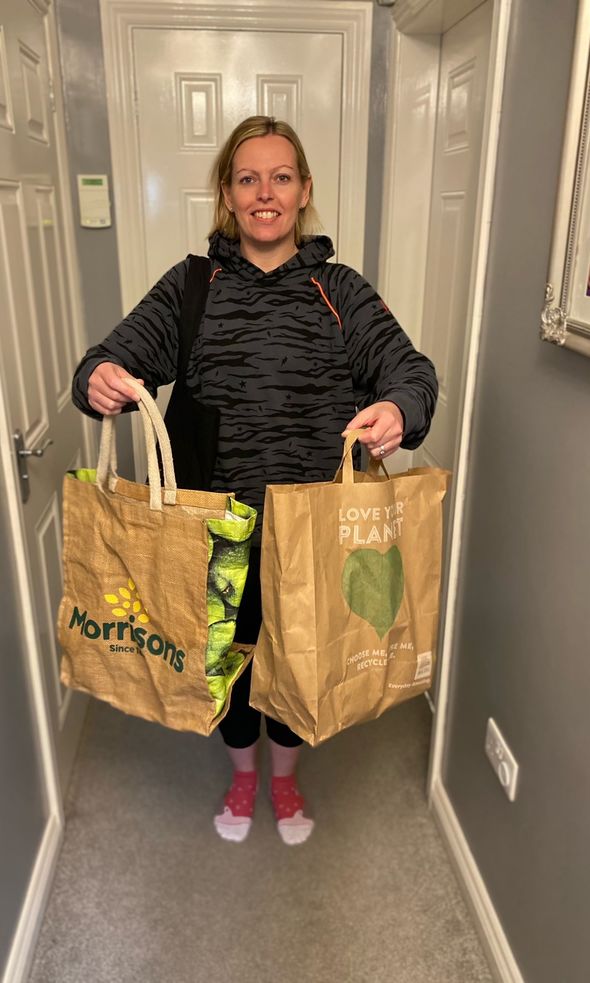 Last month the Co-op supermarket chain told us something the Great British shopper has known for years. The vast majority of the plastic “bags for life” supermarkets churn out with alacrity are used just once before they are thrown away.

Co-op Food boss Jo Whitfield should be applauded for ditching the bags in all 2,600 supermarkets. But this is a mere drop in the ocean. Britain’s major retailers sold over 1.5 billion bags for life in 2019.

UK households are estimated to contain an average of 54. That’s 54 lifetimes of shopping convenience stuffed in our kitchen cupboards.

Their proliferation stems from the carrier bag levy, an attempt to curb single-use plastic bags, which has just been raised to 10p. Yet the amount of plastic being produced has increased by as much as 440 percent over the past three years.

Bags for life are thick and weighty, requiring more plastic than their single-use counterparts. They’re a guilt appeaser; the fig leaf of our wasteful lifestyles.

Banning all plastic bags is the only logical step from here. It’s a simple ask because the alternatives are already out there.

The sturdy paper bag has long been a favourite of shoppers in the US. And last month Morrisons took the initiative to introduce paper bags across its stores, saving 3,200 tons of plastic each year in the process.

Compostable bags, too, are a readily available substitute. They can also help solve the issue of plastic contamination in our soils by acting as food bin liners that break down with food waste. With the Government committed to rolling out mandatory separate food waste collections by 2023, it makes sense to back these bags now.

We should be paying for the resources we use. But incremental charges on plastic bags encourage us to spend that bit more on a material that will pollute the planet for centuries. We know we shouldn’t be using single-use carrier bags.

It’s high time the Government steps up and bans plastic bags for good.

Sian Sutherland is the co-founder of A Plastic Planet