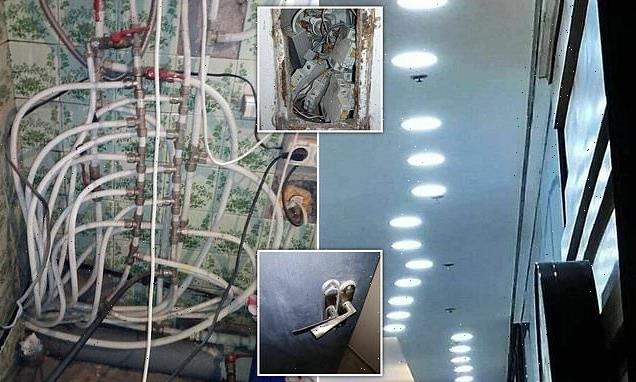 Back to the drawing board! Structural engineer shares some of the very WORST construction work he’s come across – from a row of wonky lights to a tangle of exposed bathroom pipes

Sometimes we need out of the box thinking to solve difficult decisions, but these designs should have been left on the drawing board.

An anonymous structural engineer shares some of the most confusing construction decisions on his viral Instagram account typical.rykozhop, with the very best examples rounded up in a Bored Panda gallery.

Among the baffling sights is a line of ceiling lights that have been hung deliberately wonky, and a door fitted with two handles back to back instead of one.

Elsewhere, there is also a series of exposed wires and a washing machine built entirely into a wall – making any leak extremely difficult to fix. 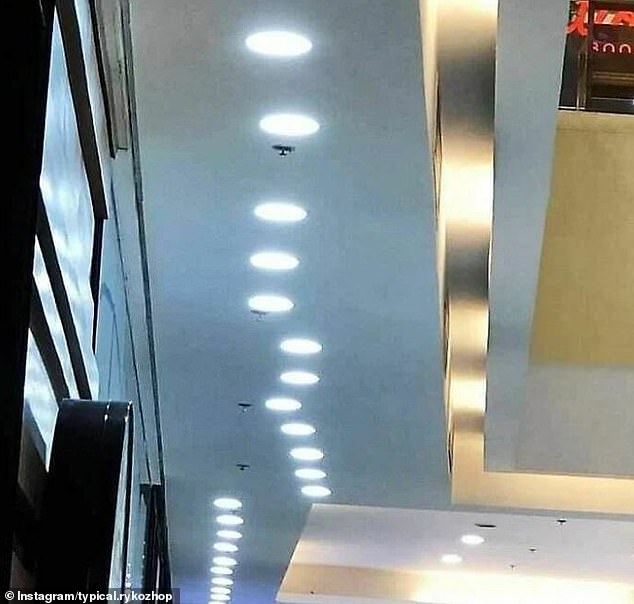 Someone forgot their ruler! Whoever placed the lights in this ceiling didn’t want to follow a straight line and ended up with wonky sockets 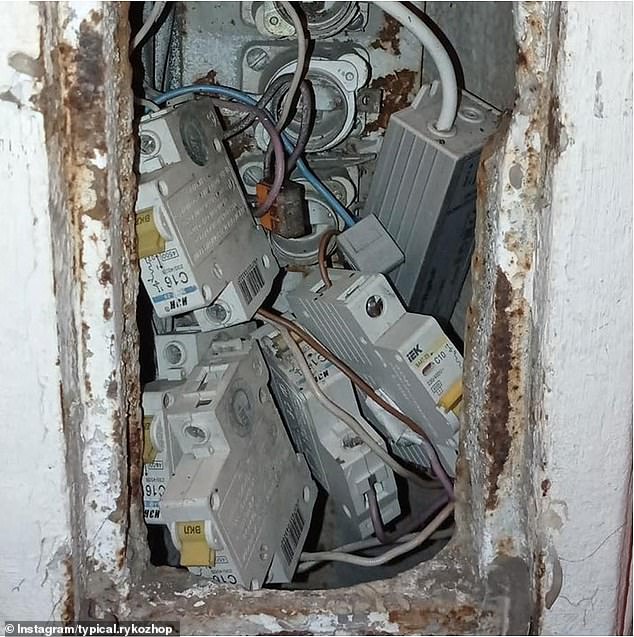 What’s that! A gaping hole reveals masses of wires and machines and looks as though it has not been filled in correctly 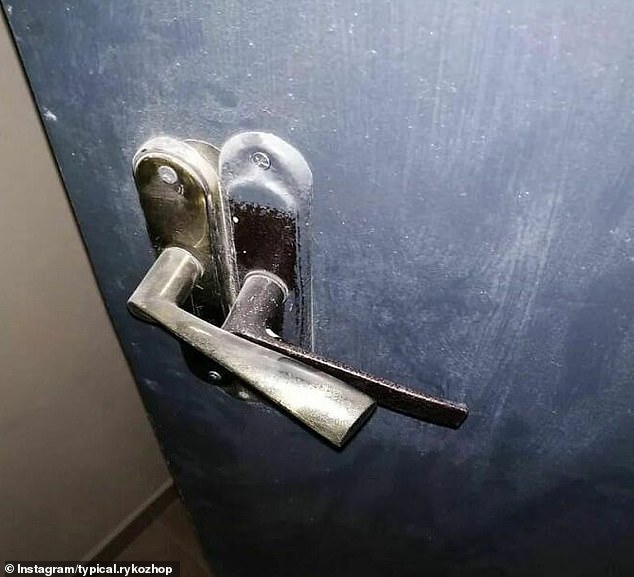 Two handles for the price of one! A blundering designer seems to have accidentally put two handles onto a door instead of one 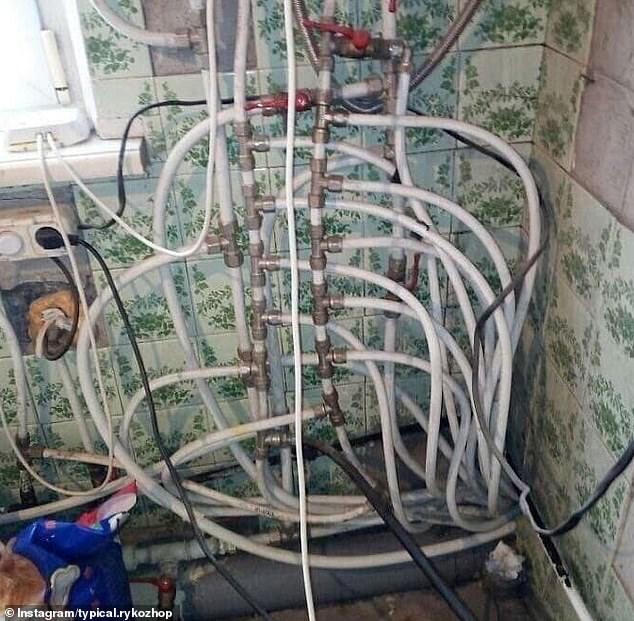 Too many pipes! A confusing pipe system snakes out and around a room and doesn’t look safe to use 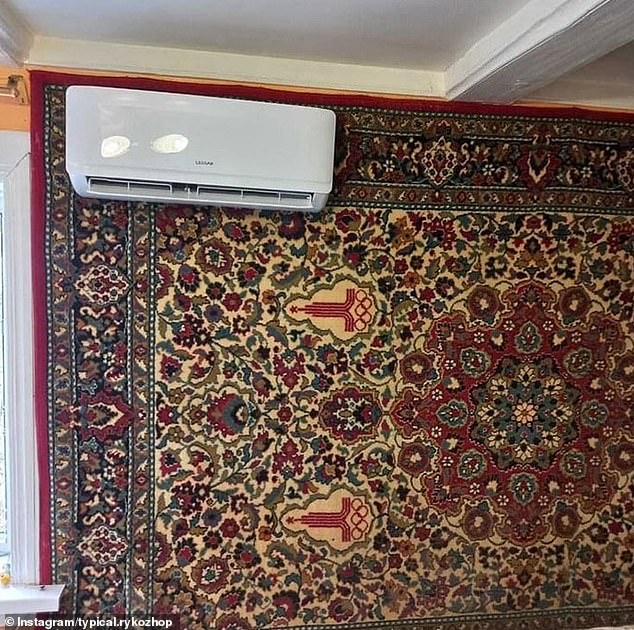 Wall art? This plush rug with an intricate pattern is certainly beautiful to look at but it’s maybe not the best choice for a wall covering 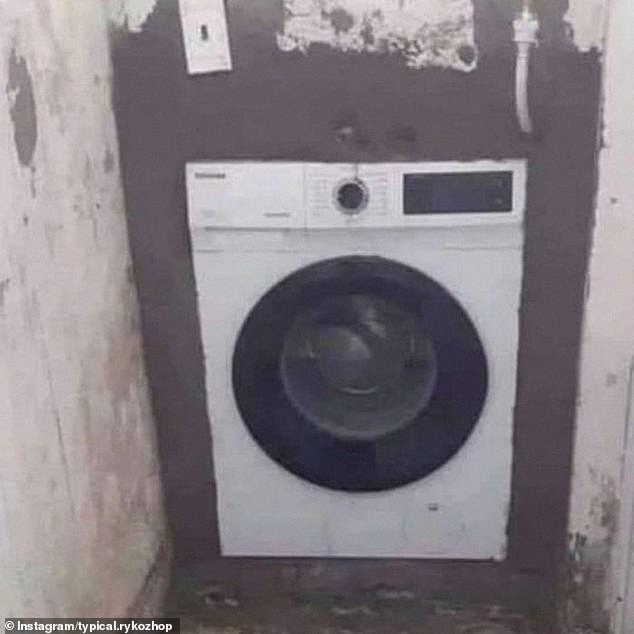 Plan spun out of control! This washing machine is built entirely into a wall so the owner better hope it never breaks 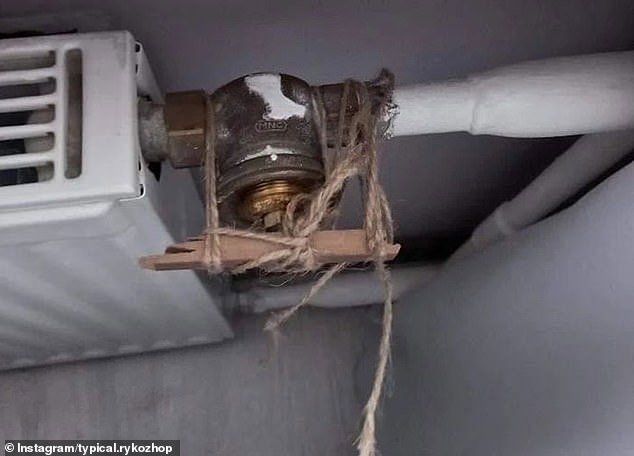 Improvising! A makeshift contraption holds a radiator together, in an unusual design decision 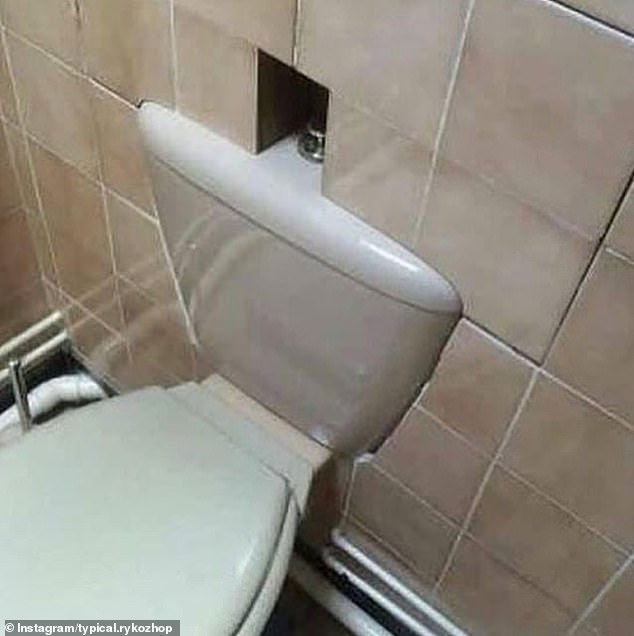 Stuck to the wall! One toilet seems to be jammed right into the wall with just a tiny gap for the flush 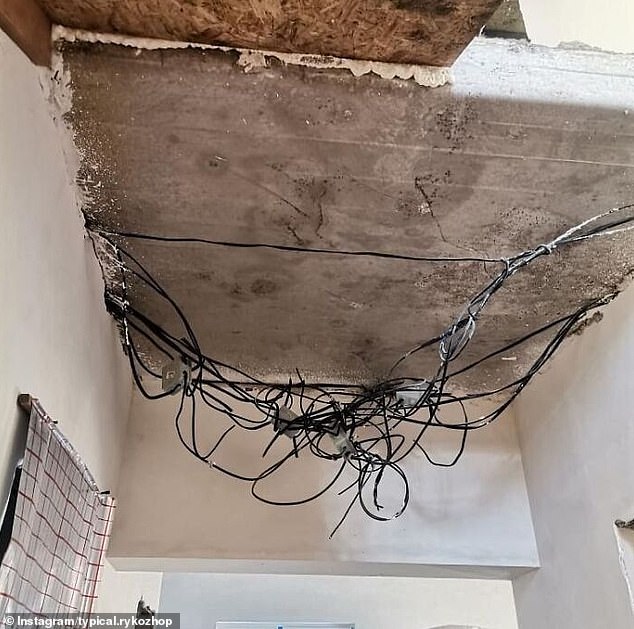 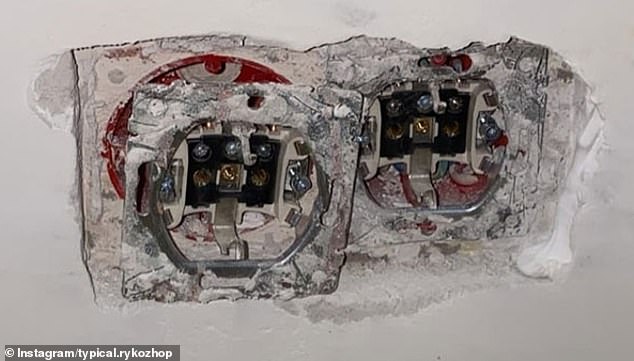 Fire? Dangerous-looking plugs sit in the wall uncovered, prompting one person to comment ‘That’s a fire waiting to happen!’ 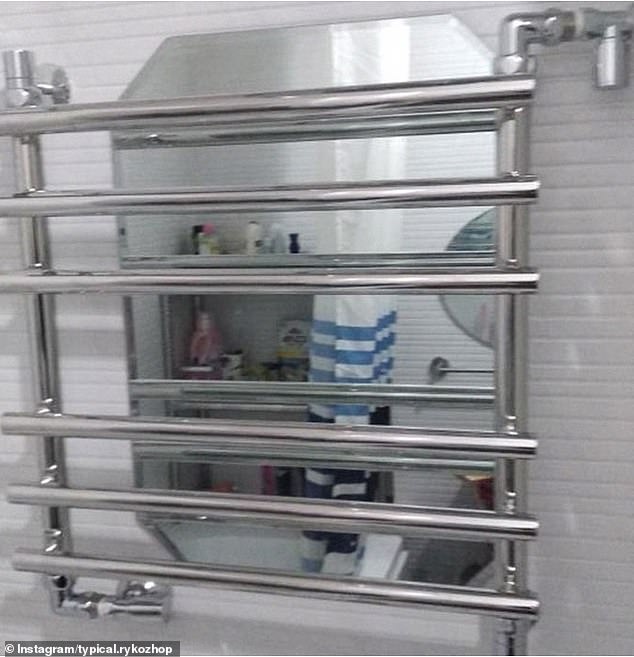 Mirror mirror on the wall: The unfortunate position of this towel rail almost entirely blocks the mirror behind 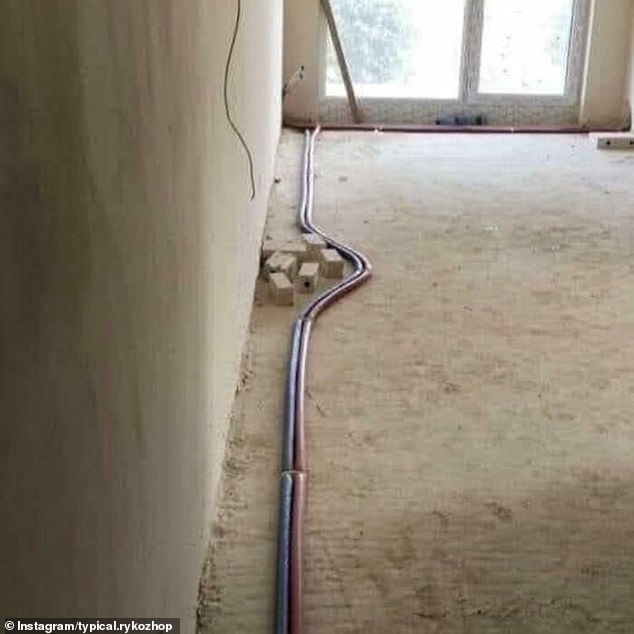 Going off course! An electrician didn’t let a minor obstacle get in the way when it came to installing these cables 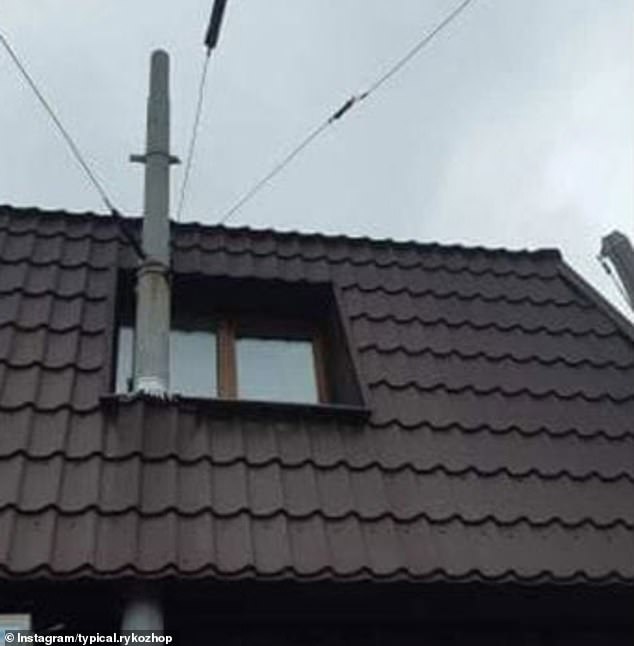 Phone home! A utility pole sticks out of the side of a house, in a bizarre design and construction solution 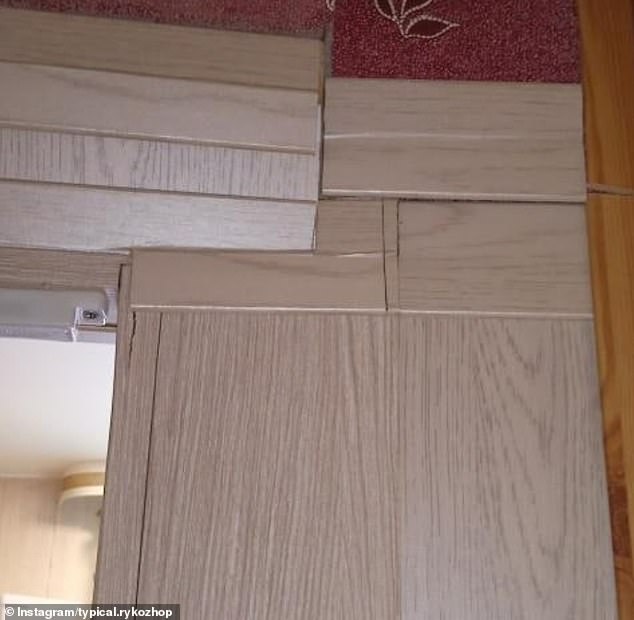 Carpet or panelling? Squares of carpet appear above wooden panelling in a perplexing design