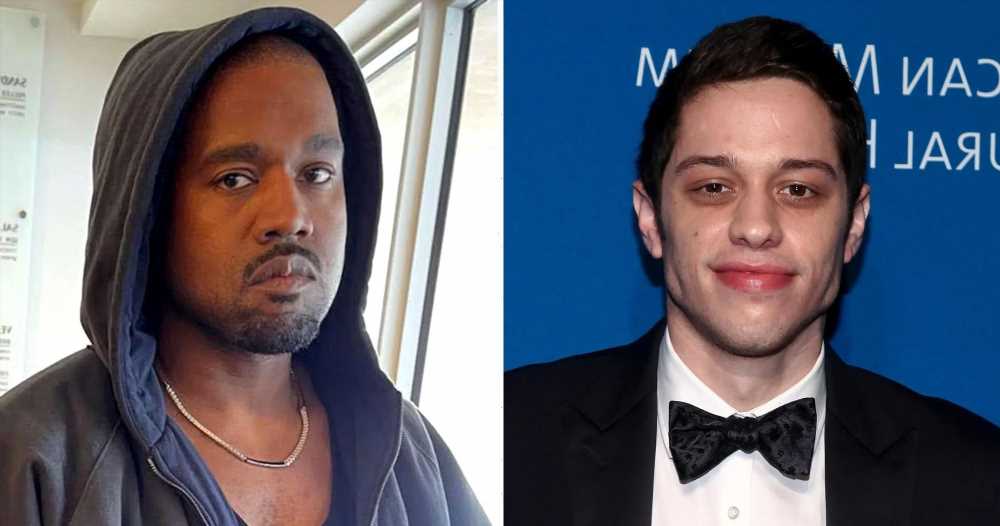 Taking care of himself. Pete Davidson is undergoing trauma therapy following Kanye West‘s threatening social media posts amid and after the comedian’s relationship with Kim Kardashian, Us Weekly can confirm.

Kim Kardashian and Pete Davidson: The Way They Were

The Saturday Night Live alum, 28, has decided to seek treatment in large part due to violent posts shared by the Yeezy designer, 45, over the course of his relationship with Kardashian, 41. Us confirmed on Friday, August 5, that the couple — who began dating in October 2021 after hitting it off when the Skims founder hosted SNL — had called it quits after less than a year together. “They amicably split this week,” a source revealed at the time.

Three days later, West shared a photo of a mock New York Times cover via Instagram, with the headline reading “Skete Davidson Is Dead at Age 28.” The “Jesus Walks” rapper did not add any further comment in the caption.

A second source later told Us exclusively that Kardashian was “furious” about the post and confronted her ex-husband about it. “It’s another one of his outbursts and it’s not a joke to her,” the insider added. “She doesn’t take his attacks lightly and demanded he take it down.”

Everything to Know About Kim Kardashian and Kanye West’s Divorce

West first publicly attacked Davidson in January, in the lyrics of his song, “My Life Was Never Easy,” which featured The Game. “God saved me from the crash just so I can beat Pete Davidson’s ass,” he raps on the track.

One month later, the producer began trolling the King of Staten Island star on social media. “HOLD YOUR SPOUSE CLOSE MAKE SURE THEY KNOW HOW MUCH YOU LOVE AND APPRECIATE THEM BECAUSE THERES A SKETE LURKING IN EVERY DIRTY ASS ALLEY WAITING TO HELP DESTROY YOUR FAMILY AND WALK AROUND IN CALVIN KLEINS AROUND YOUR CHILDREN,” he wrote on Super Bowl Sunday.

In another post, West told his fans, “IF YOU SEE SKETE IN REAL LIFE SCREAM AT YHE LOOSER AT THE TOP OF YOUR LUNGS AND SAY KIMYE FOREVER 💔.”

The Chicago native later shared screenshots of a text that was allegedly from Kardashian, asking him to stop attacking her beau online. “U are creating a dangerous and scary environment, and someone will hurt Pete and this will all be your fault,” the text read. West captioned the post: “UPON MY WIFE’S REQUEST PLEASE NOBODY DO ANYTHING PHYSICAL TO SKETE IM GOING TO HANDLE THE SITUATION MYSELF.”

In the wake of his posts, the KKW Beauty founder fired back at West’s “constant attacks” on both her and Davidson. “Divorce is difficult enough on our children and Kanye’s obsession with trying to control and manipulate our situation so negatively and publicly is only causing further pain for all,” she wrote via her Instagram Story at the time, adding that she “wanted nothing but a healthy and supportive coparenting relationship” with the fashion mogul. “It is what is best for our children and it saddens me that Kanye continues to make it impossible every step of the way.”

Kardashian, who shares four children — North, 9, Saint, 6, Chicago, 4, and Psalm, 3 — with the “Stronger” rapper, filed for divorce in February 2021 after nearly seven years of marriage.

Though the pair are still working out the details of their separation, the Keeping Up With the Kardashians alum was declared legally single in March. Shortly after the hearing, West released the music video for “Eazy,” which depicted him beheading and burning a claymation version of Davidson.

“Pete is trying to make out like he finds Kanye’s pranks hilarious, but nobody really believes him,” an insider told Us at the time, adding that the Big Time Adolescence actor was attempting to “downplay the impact” of the violent clip. “He actually feels sorry for the guy, but at the same time, he just wishes he could be left alone.”