What’s a teenage boy to do when he asks a girl out and she says no?

This question was posed by an aunty to her nephew after he was turned down by a girl.

The boy said: "I know, I know keep trying". His aunty then had to explain, "No. Leave her alone. She gave you an answer.” 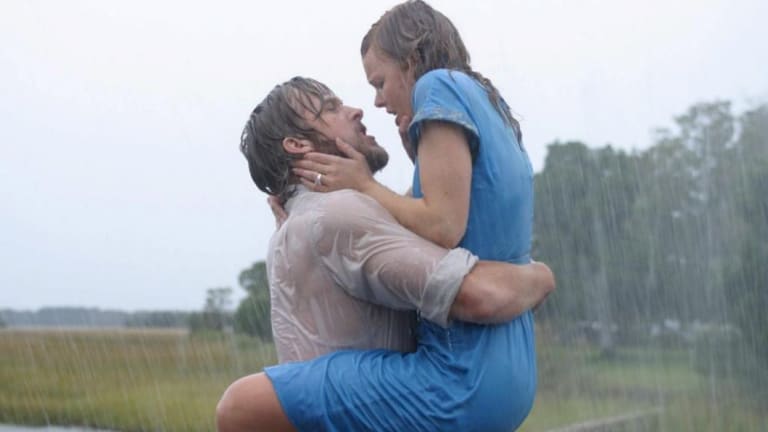 According to the aunt, who posted the exchange on twitter, the boy was shocked by his aunt’s advice. No one had ever told him that that “no” does actually mean “no” and is not code for “wear me down with your persistence.”

It’s not surprising that this boy — along with many others — think that persistence is a necessary part of the dating ritual.

After all, that’s the key message of our culture. Persistence, the chase, is portrayed as what men are supposed to do. And women are schooled to expect this kind of behaviour, be flattered by the attention, and eventually relent. Isn’t that the key trope of most romantic movies and books?

At the extreme, there’s Scarlett O’Hara in Gone with the Wind falling in love with her dashing, romantic, rapist. And then there’s the more playful romantic persistence like in The Notebook, when Noah threatens to kill himself by swinging off a ferris wheel to manipulate a girl he’s never met into going out with him.

The thing about romantic persistence is that it persists. Just last week Netflix released The Princess Switch, the wholesome “G” rated family movie which again teaches kids that “no” means “try harder”.

The Prince in the story tells the love interest, Stacy, who he met two days previous, that he wants to marry her. Stacy says “no” so the prince pursues her.

“I’m not giving up without a fight,’ Prince Edward says.

Stacy says, “this is crazy” and tries to let him down gently.

He argues the point, she cries, they kiss — and live happily ever after.

These kinds of lessons are one reason why, many years ago, I said yes to a man who followed me home from the supermarket. He told me he’d seen me doing my shopping and just had to know me. He refused to leave my home until I agreed to have coffee with him.

A large part of why I said yes was because I was worried what would happen if I said “no”, I was home alone and it was clear that this guy was not going to take “no” for an answer.

But I also stupidly thought it was romantic. I’d read the books, seen the movies, and at that point in my life I was unable to distinguish between predatory behaviour and romance. Being stalked home from Coles could have been the first chapter of my happily ever after.

Just as nobody had ever told this teenage boy from twitter that romantic relationships are not seeded in disregarding the girl’s wishes and wearing her down, my education about romance and the roles men and women are expected to play was left to the likes of Grease. “Tell me more, tell me more, did she put up a fight?”

While young men might not be watching and reading romances, they are certainly imbibing the lessons from it. Uninvited and unwanted intrusions into women’s lives is normalised and often celebrated, not just from the bad boys and rogues, but also from the old-school gentlemen and “nice guys”.

And they’re often rewarded for it, proved “right”, even if it is just because the woman gives in because she fears for her safety if she keeps rejecting his advances.

This is why, when it comes to romance, dating and consent, we need to reprogram both our sons and our daughters. All kids need to learn that “no” is the end of the game, not an invitation for round two to begin.

I plan to teach my girls is that while “no” really should be enough, it’s often taken as a challenge for men and boys to up the ante.

And just to be perfectly clear, I’m going to tell them that they should follow up their “no” with a firm, but polite, “I actually do mean ‘no’; this is not an invitation to continue pursuing me.”