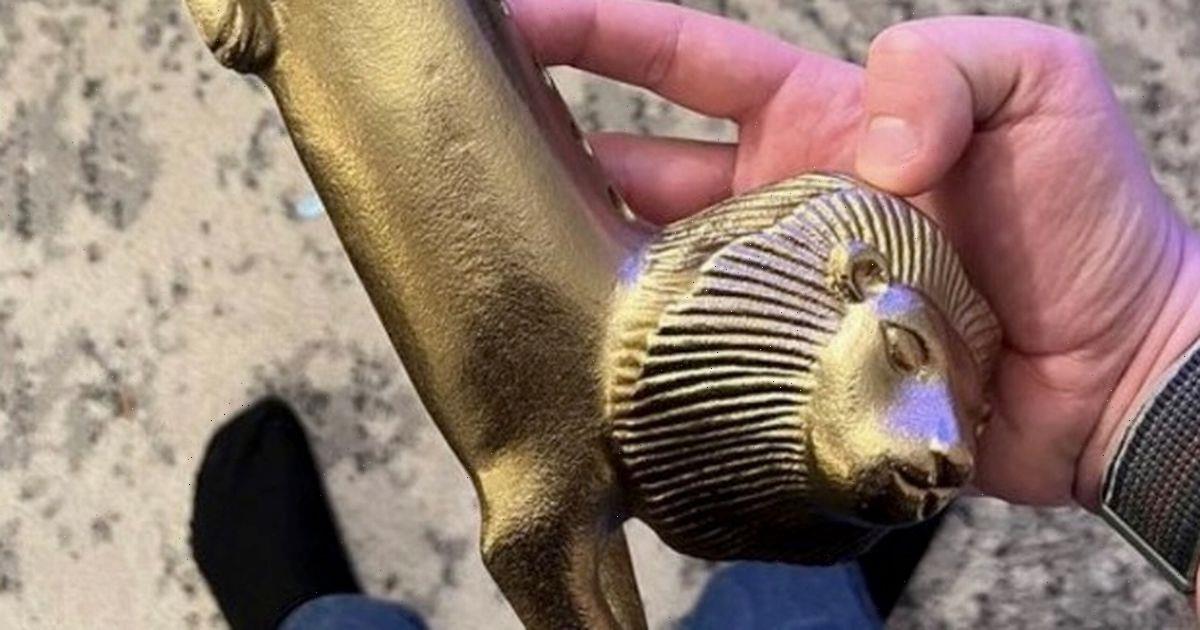 Naughty social media users have been left 'wheezing' over a lion candle holder that looks more X-rated than intended.

Yes, adults on Twitter are back giggling at inanimate objects – remember this inflatable snowman with a 'vagina'?

And now, there is a new contender in town that has gone viral for its likeness to genitalia.

Journalist Julia Reinstein took to her 33,000 Twitter followers to share a Menorah candle holder that was being sold in US store Target ahead of the Jewish celebration Hanukkah.

Although the nine holed religious object got a modernised spin as a lion instead of the traditional candelabra, Julia and fans pointed out that it resembled something on the sexual side instead – a penis.

The gold coloured laying down king of the jungle's hind legs appeared to have a rather phallic shape.

And, the tail did not help matters either

"This is a real menorah currently being sold at Target", Julia noted after sharing that she bought the 'alternative' Menorah.

Left in stitches at the phallic shaped lion, many people fled to the comments to poke fun at the ornament.

One person commented: "How do people find a way to sexualise everything."

Another user added: "I need this."

While a third giggled: "The shape looks oddly familiar."

Someone else chuckled: "I should call him…"

Meanwhile, a fifth mocked: "Ima buy this for my mother!! I’m sure she’ll love it."

Previously, dirty-minded Brits were left giggling at a dog garden decoration from B&M as it also struck an uncanny resemblance to the nether region of a man.