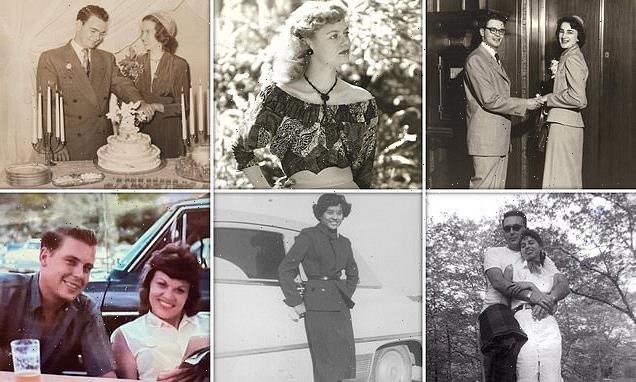 Timeless beauties! Nostalgic social media users share photos of their parents in their prime – and joke they were ‘way cooler’ than them

Nostalgic social media users shared photos of their parents in their prime as part of a touching Twitter trend.

The thread was kickstarted by American journalist Adam Serwer’s photo of his own parents in the 1960s. He wrote: ‘My parents recently found this pic of them in the early 60s and now that I am grown I am forced to admit they were actually always cooler than me.’

People from around the world shared their own family photos in response and the best examples were compiled in a gallery by Bored Panda .

Mostly in black and white, the pictures showcased fashion and hairstyles of bygone eras, as people’s relatives beamed for the camera.

One woman shared a snap of her mother at 18 years old, sporting a curled hairstyle and bold jewellery while another showed a snap of herself in the ’60s and her parents at the same age.

Another image shows a couple looking very loved up on their wedding day while a picture of another two newly weds show them on their way to the Bronx Zoo for their honeymoon.

Here, FEMAIL rounds up a selection of the best old school photos… 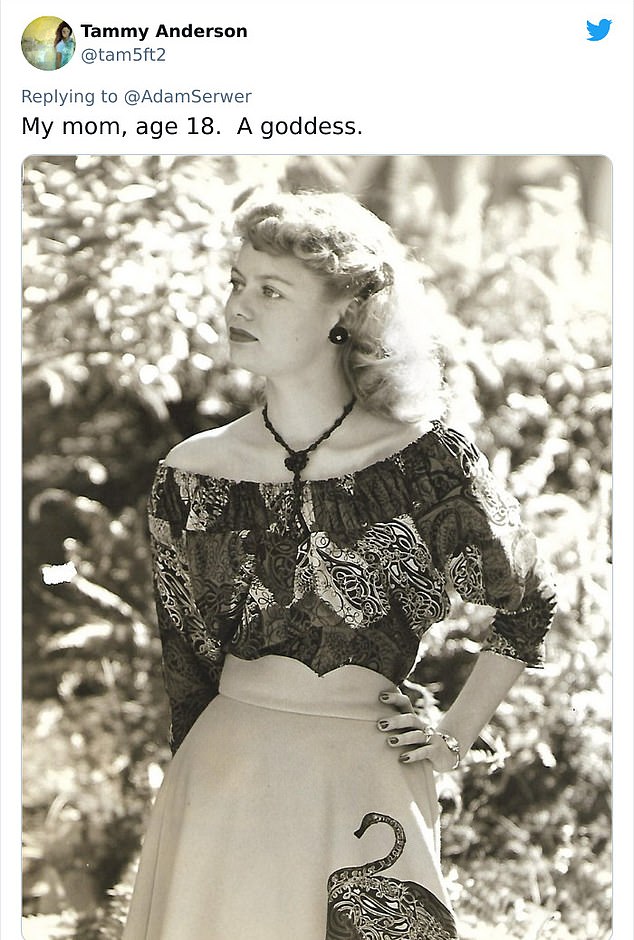 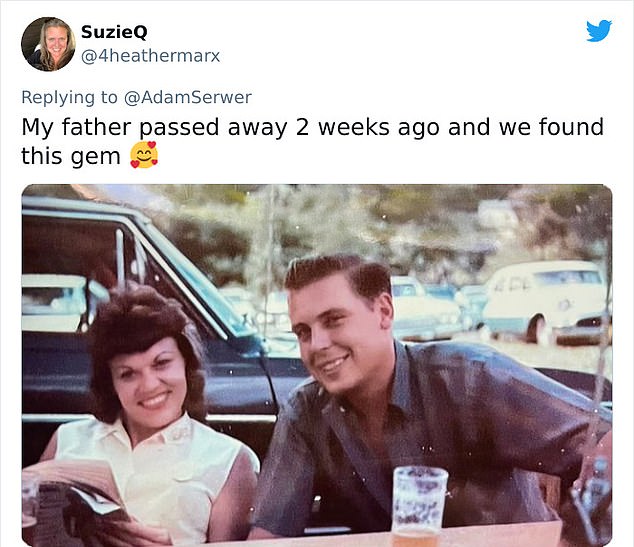 In the gallery of pictures compiled by Bored Panda, one shows a woman’s parents beaming for the camera in front of a number of old fashioned cars 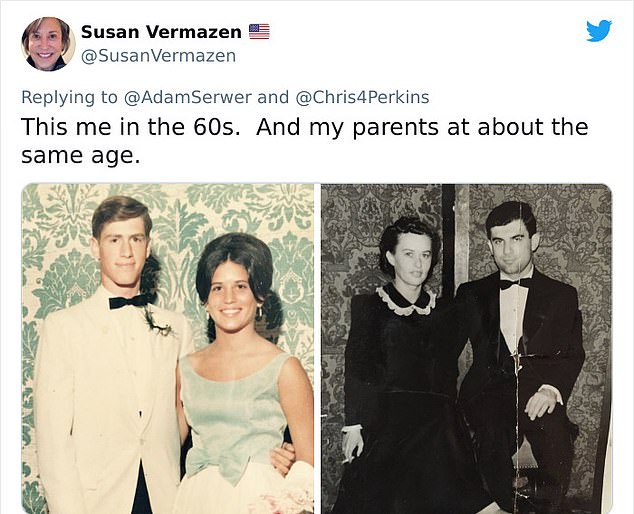 A Twitter user named Susan shared a picture of herself in the 60s alongside a black and white photo of her parents at roughly the same age. All three sported formal wear from the respective era and it appeared the wallpaper styles had hardly changed 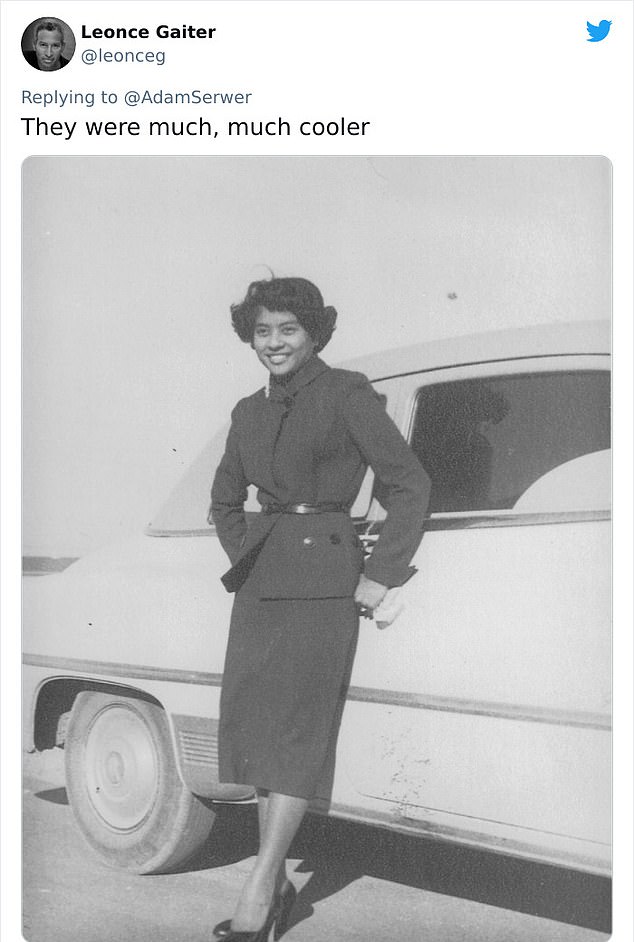 Showing off the styles of the era, one man shared a snap of a female relative looking glamorous in a tailored suit and chic belt which showed off her slender frame as she leaned against a car 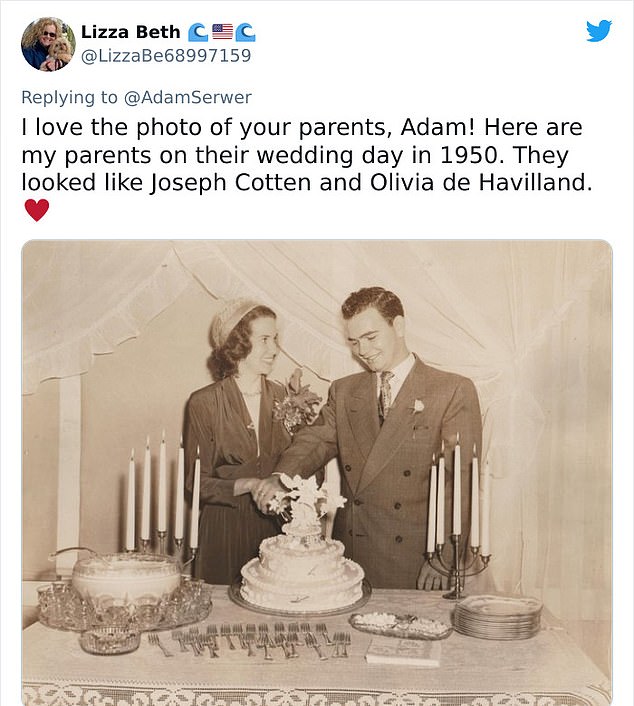 A beautiful black and white snap shows a young couple celebrating their wedding day in 1950 as they beam for the camera and cut their cake. The groom sports a smart double breasted suit while the woman the woman’s mother wore a chic dress 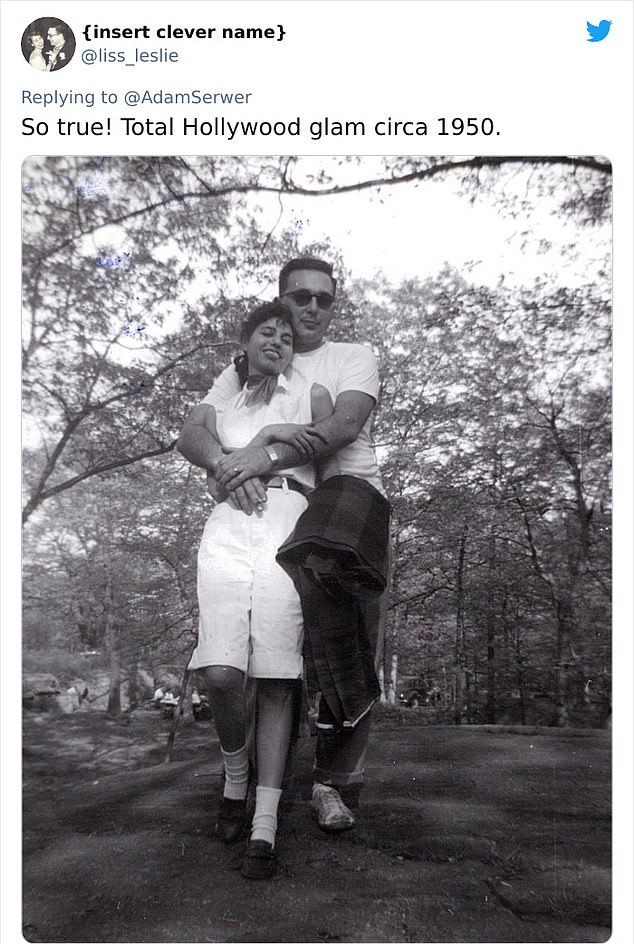 Young love! This couple posed together in the 1950s as they showed off the typical fashions of the era, with the girl wearing a neck tie and longline white shorts while her partner rocked a plain white T-shirt as he draped his arms round her 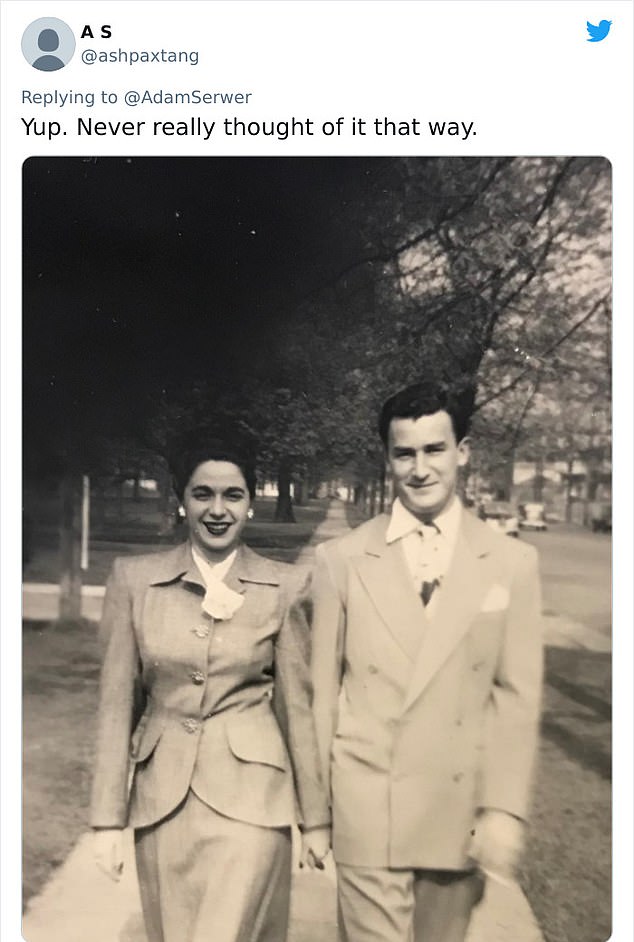 Both wearing smart suits, this couple held hands while out for a stroll on a quiet tree-lined street. Sporting statement earrings, a dark lip and some bold shoulder pads, the woman looks fresh off a modern runway 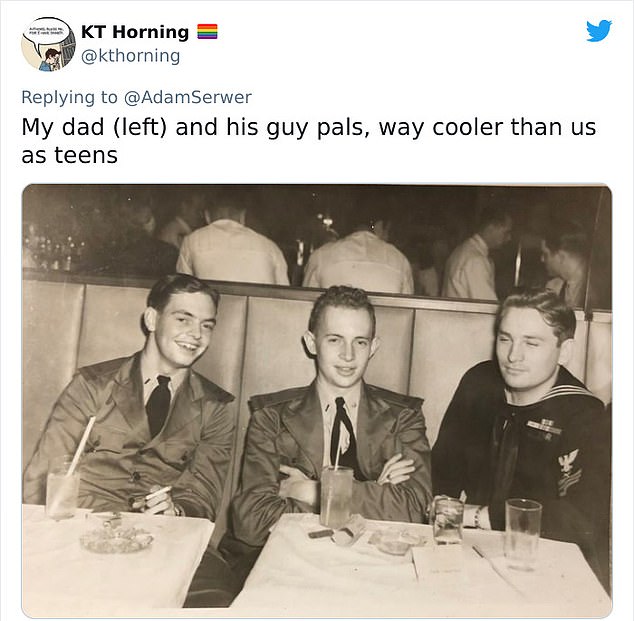 Proving to be cool even for back then, one Twitter user shared a snap of her father and his friends enjoying a drink while out at what appears to be a busy bar 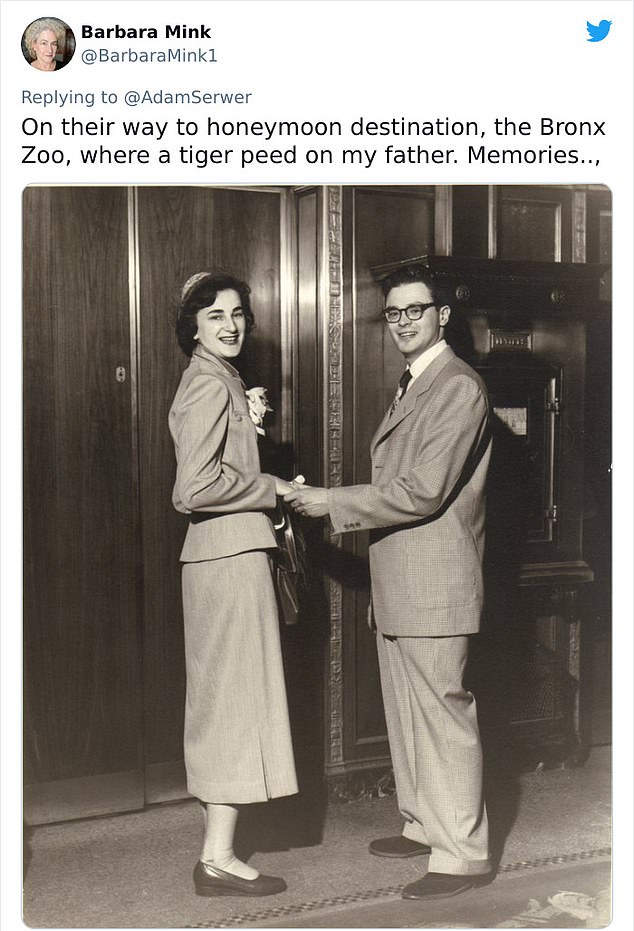 Just married! One woman named Barbara shared an adorable snap of her parents holding hands before they headed for their honeymoon at the Bronx Zoo, and before a tiger used her father’s leg as a toilet 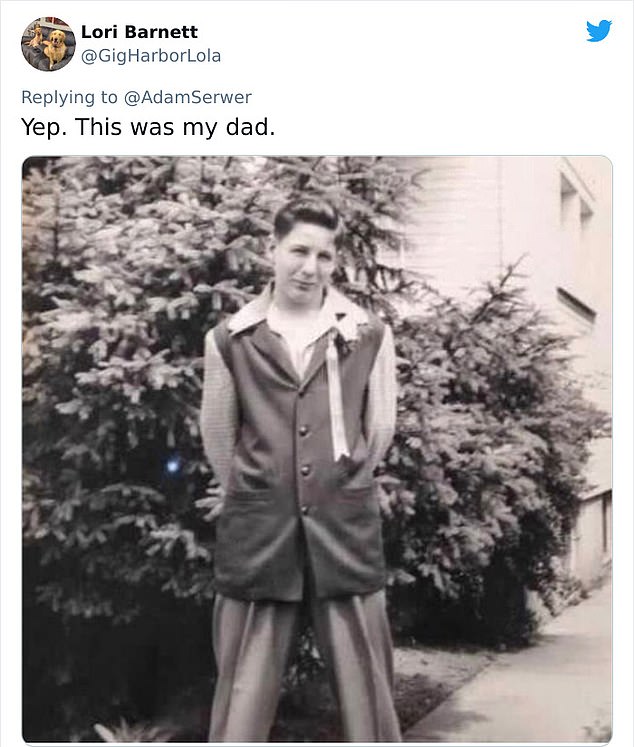 Dressed in an oversized suit and sporting a slicked back hairdo, one woman shared this stylish snap of her father as he struck a confident pose for the camera 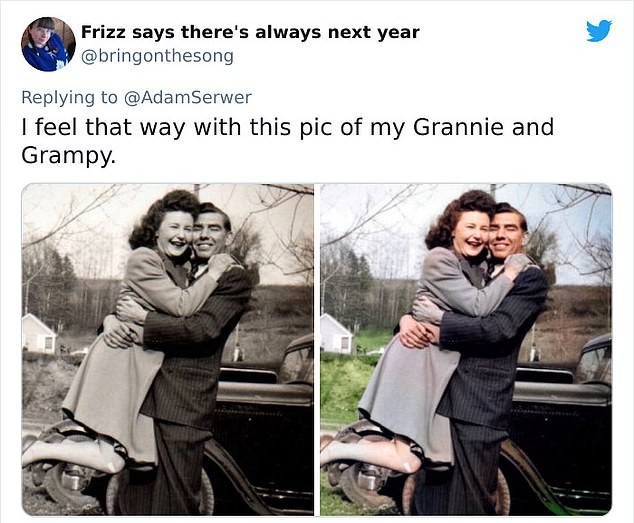 One user shared a romantic snap of her grandparents as her grandmother was lifted into the air in a loving embrace. The picture of the two in colour shows her grandfathers navy pin stripe suit and his love’s grey dress in stunning detail