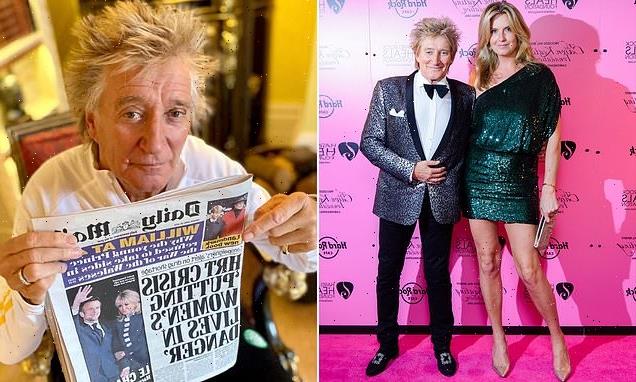 I’ve thrown plates and sobbed… don’t deny others the help I got: PENNY LANCASTER tells of her experience with the menopause as women are struck by HRT shortage

Not long after the start of the first lockdown, I called Rod and our boys Alastair and Aiden down to the kitchen for dinner.

No one came, not even after the third call – and when they finally did arrive, they were arguing.

I lost it, throwing their dinner plates across the room and breaking down in floods of tears on the floor.

I remember Rod asking me what on earth was wrong, but the truth was that I really didn’t have a clue why I was experiencing such violent and upsetting mood swings, which meant some days I would feel completely devoid of feeling, while on other days I would be hyper.

I thought I was losing my mind and it was only months later, while appearing as a panellist on Loose Women, that my colleagues put me straight.

‘Penny, you’re perimenopausal,’ they told me. ‘It’s all down to your hormones.’

I could hardly believe it, especially as I’d described my symptoms to my doctor and he had promptly put me on anti-depressants.

Of course, they were correct. After all, I was 49, exactly the right age. With their urging, I consulted a menopause specialist, started on HRT and within a few months, I felt like I was back to my old self. 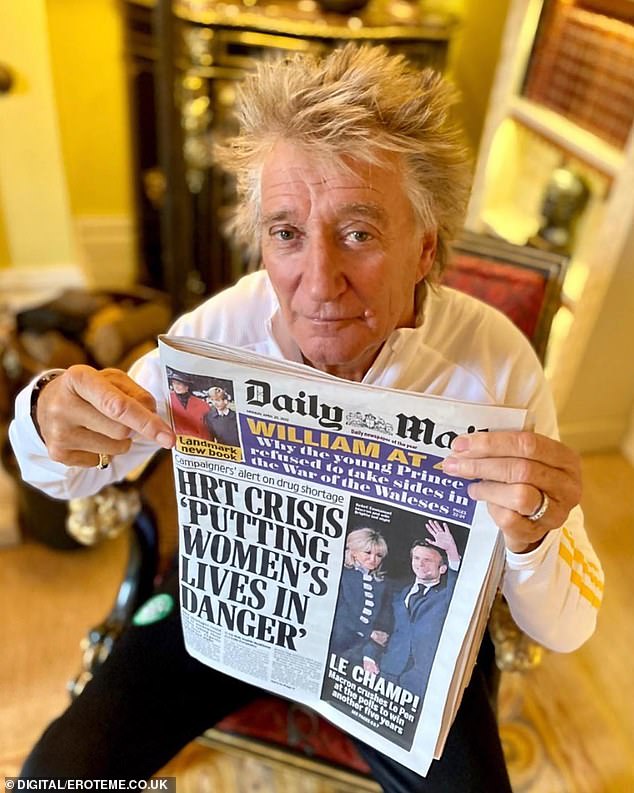 The hot flushes, the night sweats, the brain fog and the heart-palpitating anxiety that had blighted the previous year and left me feeling like I was going mad – all gone.

It’s one reason I am so angry about the difficulties women face in accessing this vital treatment, whether it’s getting their hands on it or being able to afford to pay for it.

It seems extraordinary to me that a life stage that affects half our population is still not being treated with the importance it deserves, and as someone in a position where I have a platform to speak out, I became passionate about campaigning for better access to HRT – and making it subject to just a one-off annual prescription charge.

So I’m delighted that the Mail is throwing its weight behind a cause so close to my heart.

Like many women, I was in the dark about the changes the menopause would bring. I started having hot flushes at the beginning of the pandemic back in early 2020 and at first, I was convinced I had the virus. I was terrified – back then we were all in the dark.

All I knew was that I would wake up in the middle of the night feeling like the bed was on fire. I’d move on top of the covers to try to cool down, only to wake up freezing cold 20 minutes later.

I was anxious and irritable too, prone to bursting into tears, but like everyone else, Rod and I were juggling the stress of home-schooling as well as worrying about loved ones, so I put my occasional meltdowns down to the situation we – everyone – were in.

Covid probably played a part, but there was no question my symptoms were getting worse. I’ve always been able to pull myself out of a crisis, but this time I couldn’t.

I’d go to bed anxious and wake up anxious. Some days I felt so low, so flat, that you could prick me with a pin and I wouldn’t feel it, but on other days it was the complete opposite – I’d be worked up over the smallest thing, just like when Rod and the boys were late for dinner. Naturally, Rod was worried. ‘What’s happening with you Penny?’ he would ask. ‘I hate seeing you like this.’

We’ve talked since about how hard it was for him to see the happy-go-lucky woman he married change so dramatically and not be able to do anything about it. In fact, it was Rod who persuaded me to go to the doctor, who promptly put me on anti-depressants. They didn’t work, because I wasn’t depressed – I was perimenopausal.

Anti-depressants were like putting a sticking plaster over a deep wound – a mask, but not tackling the root cause.

I now know this is a very common error. It wasn’t until several months later, in spring last year, that I had that lightbulb moment.

I’ll be honest: a part of me didn’t want to resign myself to getting old. The word menopause can feel terrifying, something that signifies the end of everything – your youth, your sex appeal and your sex drive. It’s hard to say goodbye to that. My Loose Women friends got me to see it differently – not as an ending but a new beginning, an exciting new chapter that I should embrace.

A nurse also made me recognise something profound. She said that after years of putting their own needs last, this was a life stage where women could look in the mirror and say ‘I see you’. 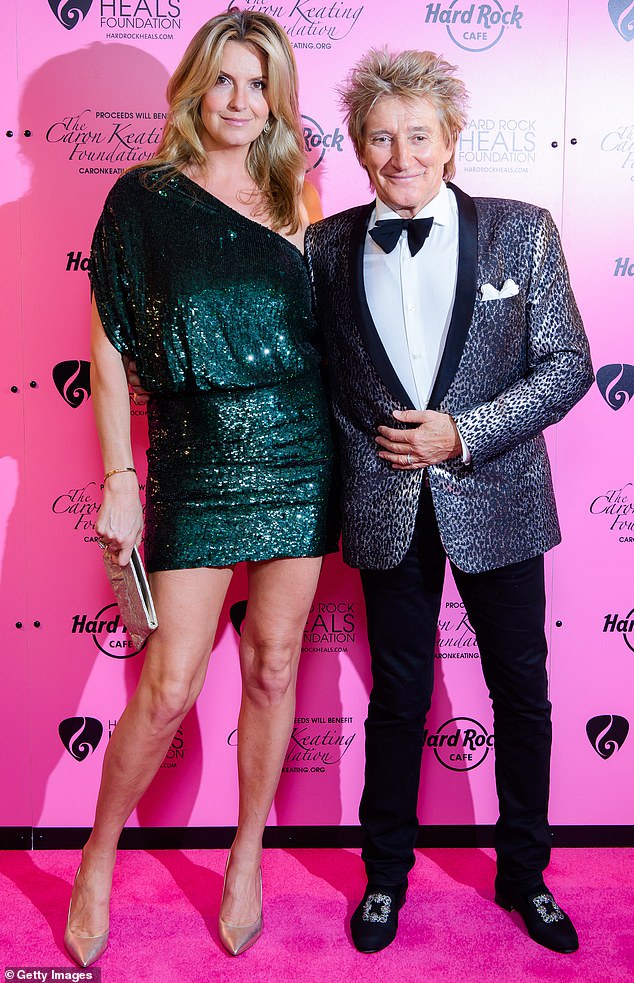 She told me: ‘Life isn’t just about making sure everyone else is ok.’

It took time, but as my hormones started to rebalance, it was like magic. I could feel the old Penny coming back, but this time with a renewed sense of purpose.

Today, I can still get emotional, both happy and sad, but I feel back in control – albeit more opinionated, as Rod has pointed out. As I told him, maybe that was one bit of my pre-HRT life that I didn’t want to let go!

I know I’m lucky that Rod has been so supportive. We’ve always been good at communicating with one another and his empathy for what I was going through turned into a determination to encourage other men to educate themselves.

He recognises that this isn’t just a women’s problem, but everyone’s problem – or it should be.

I’m so proud of him for speaking up about it.

Not everyone is so lucky: since becoming an ambassador for the Menopause Mandate, which is campaigning to raise vital awareness and to support the cause for change, I’ve realised just how many of us are suffering in silence, or whose lives have been horribly affected by the transformation the menopause has brought for them.

Women have lost their jobs, their homes and their partners from being unable to manage their symptoms. Some have been left so devastated that they have taken their own lives. I was shocked to learn that the biggest risk group for suicide for women is 45-54, but it’s not hard to work out why.

It’s heart-breaking – especially when for most of them help is out there, if only they can get their hands on it. I think it’s ridiculous that we have a postcode lottery in terms of access to treatment.

NHS prescriptions for HRT are free in Scotland and Wales, yet in England women can face paying nearly £20 a month to get their life-changing treatment.

At a time when we are facing a cost-of-living crisis, I have no doubt that for some women this will put it out of reach. What kind of a society are we when women have to make a choice between looking after themselves and putting food on the table for their children?

Hopefully, with the work of the Mail and the Menopause Mandate, all this will change. We’re climbing this mountain now and we won’t stop until every man and woman can hear us.

I hope that when we reach the top, we can ensure that the millions of women in the UK who are going through the menopause right now can get easy access to the treatment they need.