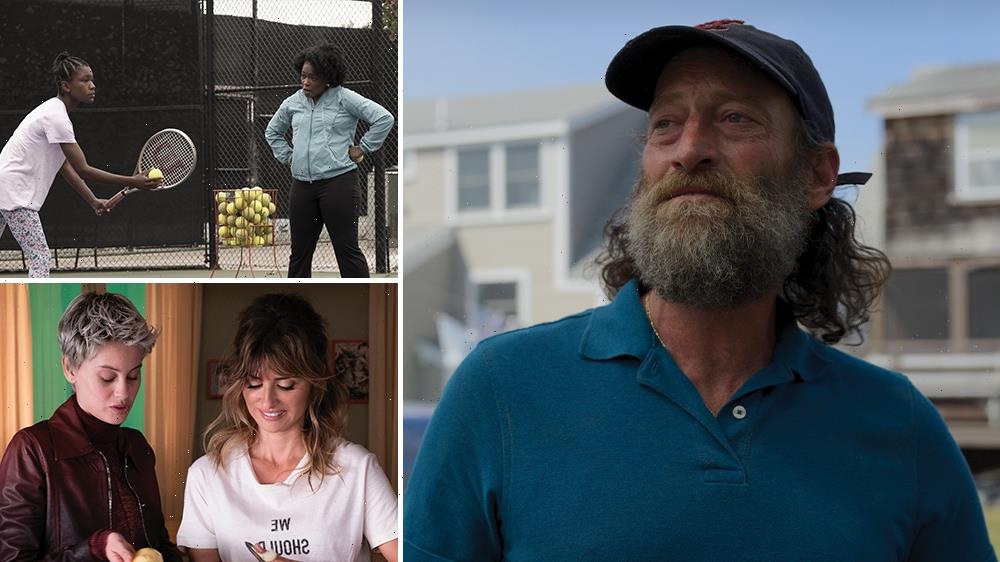 The delicate facets of parenthood are on full display in this season’s awards contenders. Whether they’re capturing the struggles of training world-class winners, instilling compassion and hope during the Troubles or tackling the stresses surrounding motherhood either by protecting or rejecting it, the acclaimed actors portraying these disparate parents blend movie magic with memory and imagination.

Back in the late 1980s as “The Fresh Prince,” Will Smith scored a hit with “Parents Just Don’t Understand.” Yet, in a few decades’ time, he’s experiencing a royal ascension in director Reinaldo Marcus Green’s “King Richard,” playing father Richard Williams, who does understand what it takes to raise tennis champions. Aunjanue Ellis proves the perfect partner for verbal volleys as Oracene “Brandy” Williams, mother of Venus and Serena Williams. Both find themselves nominated for Academy Awards for their roles.

Surprisingly, the on-screen spouses didn’t discuss their collaboration in advance, nor rehearse together.

“Ultimately it worked,” Ellis says. “We had got into this rhythm where he was who he was as Richard and I was who I was as Oracene and they were very divergent at a certain point.”

This division further deepened their dynamic. “Her marriage to Richard was not about him. Her marriage to him was about how she expressed her faith. Everything was secondary to that.”

To better inform what was on the page, Ellis watched recordings of Price being interviewed by the filmmakers. “They were my oral bible,” she says. She was intrigued by the notion of playing an athletic mom who herself carries a deferred dream.

“Where do you put that part of you that excels in that way? What do you do with that when you can’t use it and then you have these children?” She continues, “Oracene was the builder of that vision. Her athleticism was central to that. She uses that in how she trains Serena.”

Penélope Cruz, who landed her fourth Oscar nomination for writer-director Pedro Almodóvar’s “Parallel Mothers,” has played a mother before for her long-time collaborator, but believes only superficial similarities exist.

“They are very passionate about the way they experience motherhood; characters who are put through incredible challenges and would fight with everything they have to save their relationship with their kids to protect them,” she says.

To form her complex snapshot of Janis, a single mom who learns a disturbing truth and deals with the fallout, she resisted pulling from her own life.

“Of course that window is always open for feelings to come through of your own experiences. The only thing that would be part of that is the passion that I have for family. Family is a priority. I apply that to any time I play that kind of mother.”

And while excited about the role, she felt daunted as well. “I saw Mt. Everest in front of me.”

Cruz found that analyzing her character’s past informed her present. “It was important for me to remember who she was as a daughter to understand the way she was as a mother — to understand her decisions, lies, manipulation and the time that she takes to speak,” she says. “Things have shaped who she is and she is in desperate need to find a family of her own. She becomes this lioness when she has this threat of something she might lose.”

Ciarán Hinds earned his first Oscar nomination for playing Pop in writer-director Kenneth Branagh’s “Belfast.” The actor says he wasn’t about to mimic the filmmaker’s grandfather in this true-life period piece centered on upheaval in the titular Northern Ireland city.

“He placed the ghost of those people on the page and through the rhythm of the words, and between the humor and the love, we approached each other in a way that reminded him of his own family.”

The role felt descendant from his own lineage. “The character he had written was not at all dissimilar from my own grandparents. … my mother’s father specifically, because he was very good with his hands. There’s a lot of the spirit of my own father in the character of Pop. And that wasn’t sort of me particularly placing him there deliberately.”

It also helps having a screen partner like Judi Dench, also Oscar-nominated for her role. “Judi and I got on with it intuitively, instinctively. I said, ‘I’m going to leap onto the coattail of that because that’s just great.’”

His favorite scene together was a simple set-up: “There’s that scene where Ken just left the two of us in the window with a cup of tea, talking about when they were young. The nerve — just to hold that for maybe two minutes — of the two of them talking in the midst of all the other stuff going on.”

“My father was in a car accident that put him in a wheelchair and we had to support him,” he says. “Later on, my father told me, ‘Don’t worry about me. You need to go out on your own and see the world. Go ahead and get into acting.’ I really had a difficult time letting go of my father.”

As the deaf father of a hearing daughter himself, Kotsur felt compelled by the parental connection, perhaps best reflected in the scene where Frank asks his daughter to sing. “It was two shots, shot simultaneously at different angles. In that moment, I completely forgot about the outside world. What was communicated between Frank and Ruby’s eyes without dialogue, without words, just that energy in the eyes could just lead the audience to make their own interpretations and feel those emotions.”

Ellis relished any extra time with her on-screen daughters Demi Singleton and Saniyya Sidney. “I, as much as you can in the lives of teenage girls, tried to be a maternal figure to them.

“I know that feeling with them, when they would choose the other girls to talk to, rather than talking to me. I felt that!”

Kotsur credits their surrogate familial connection for added authenticity. “We hit it off immensely. When we weren’t working, we’d get together even without interpreters and socialize. It really benefitted the production and the final product.”

Offering a different perspective, writer-director Maggie Gyllenhaal’s adaptation of Elena Ferrante’s provocative novel “The Lost Daughter” captures a more caustic than caring matriarch as it tackles the unspoken taboos surrounding motherhood. It features performances from Olivia Colman and Jessie Buckley, both playing a troubled, troublesome mom at two different points in her life.

Despite any dissimilarities, audiences are universally responding to these families’ trials and triumphs.

Hinds puts it succinctly: “It’s the story that’s so intrinsically human. Everybody understands family. People are understanding of the stakes of what it means to them because of their beating human hearts.”