Take one much-loved track from Australia’s songwriter laureate. Add one upstart pair of producers, including a songwriter much influenced by aforementioned songwriter laureate, add a healthy serve of experience from a major international production company. Stir. Serve in time for next Christmas.

That’s how you make a movie based on Paul Kelly’s perennial Christmas favourite How To Make Gravy. 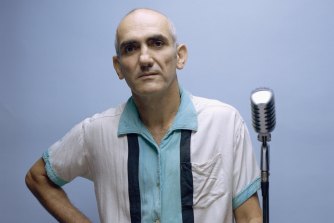 The Australian arm of Warner Bros. International Television Production – responsible for Binge’s Love Me and the soon-to-air Foxtel drama The Twelve – will partner with Speech&Drama Pictures, the new entity established by singer-songwriter Megan Washington and writer-director Nick Waterman, to turn Kelly’s song into a feature film.

Kelly’s song was first released in November 1996. It tells the story of a man named Joe – who also features in the earlier Kelly songs To Her Door and Love Never Runs Dry – writing to his brother Dan from prison, lamenting the fact he’s going to miss the family gathering for Christmas.

But in the years since, it has become one of the country’s most revered tracks, regularly making ARIA chart appearances around the end of the year. It has even spawned a “Gravy Day”, on December 21.

Kelly said he was delighted at the prospect of his characters enjoying an expanded life on screen.

“Dan and Joe and Rita and Angus and Dolly and all the others have been stuck inside that song so long, I’m glad they’re going to get a chance to live life a different way,” he said.

It’s early days yet on the project, which has been developed by Washington, who has recently expanded beyond songwriting to scriptwriting, and her partner Waterman. No cast is yet attached, and the nor is a broadcaster or distributor, with Warners yet to take it to market. But the company is excited at its prospects, internationally as well as locally.

Michael Brooks, managing director of Warner Bros. International Television Production Australia, claimed “few songs have risen to cult status and secured a date on the festive calendar, which is why Paul Kelly’s How to Make Gravy is so special. It’s a privilege to be given the opportunity, alongside our partners Megan and Nick at Speech&Drama, to unravel the mystery and meaning captured in Paul’s now iconic lyrics and bring this incredible story to the screen.” 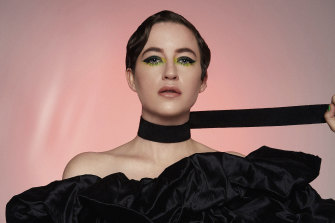 Singer-songwriter Megan Washington has turned her hand to screenwriting.Credit:She Is Aphrodite

In a statement, Washington and Waterman, who are romantic as well as business partners, said the song “is the perfect recipe for a feature film. Its characters are already beloved by many who have imagined the story behind Joe’s letter themselves – there’s so much to be found in the space between what he must be feeling in prison at Christmas and what he writes in his letter to his brother.

“This song holds a special place in our hearts,” they added. “It’s an honour to bring it to life.”