Parents ‘freak out’ over two pieces of fruit in a two-year-old’s preschool lunchbox – but can you see what the problem is?

A mother has been criticised for packing whole grapes and cherry tomatoes in her toddler’s preschool lunchbox, which parents warn are major choking hazards.

Comments flooded in after the woman posted a photo of her two-year-old’s lunchbox – filled with sandwiches, cheese, pretzels, cucumber as well as the grapes and tomatoes – in a Facebook group, asking members for ideas about new snacks.

Mums say they are ‘freaking out’ over the inclusion of the fruit, which could prove a  dangerous choking hazard to the young child.

The size and shape of grapes means they can totally obstruct young children’s airways, with the tight seal produced by the smooth, flexible surface making them tricky to shift, even with first aid manoeuvres. 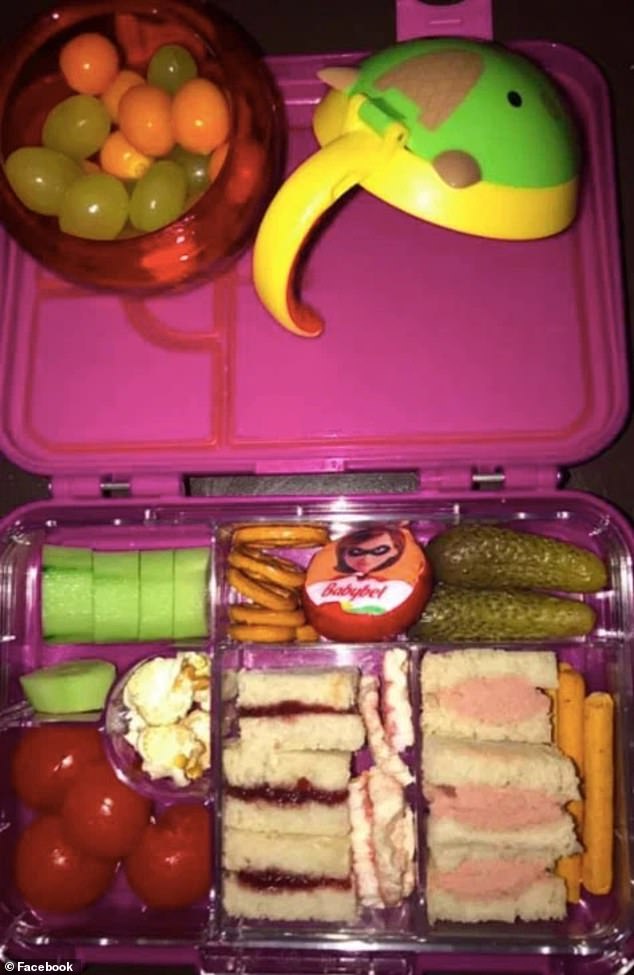 Grapes are the third most common cause of choking-related deaths among kids, only behind hot dogs and lollies, a 2008 US research study suggests.

‘Looks great! Just a heads up for next time, anything shaped like grapes and cherry tomatoes should be quartered lengthwise,’ one mum replied.

‘Whole grapes are the perfect size to get stuck in kiddo’s windpipes!’

Another agreed, saying: ‘I just freak out when I see whole grapes…I just wouldn’t take the chance’.

The mother who posted the photo didn’t see their perspective.

‘No, I don’t need to cut those in half,’ she wrote back with a cheeky tongue face emoji – but experts say differently.

– Remove all bones and fruit stones from the child’s food

– At mealtime, children should be seated in an upright position

– They should not eat while running, or playing

– They should be discouraged from speaking whilst eating

The Royal Children’s Hospital in Melbourne recommends parents always watch children under three while they eat.

In 2017, a five-year-old from Brisbane swallowed a whole grape which became lodged at the top of his windpipe.

The grape was successfully removed during an operation while the child was under general anesthetic, but the scare highlights the risk posed by uncut round fruit.

The boy was luckier than the dozens of Australian children who die each year from choking.

About 2,500 children aged under nine are hospitalised every year with injuries caused by foreign bodies – choking being the most common.

Roughly 30 children die every year from suffocation, with choking being a major cause, Australian Bureau of Statistics data shows.

‘As a paediatrician who consults with hundreds of families every year, I have seen and heard it all and an incident like this is obviously incredibly distressing for parents,’ Dr Sammartino told the Diamond Valley Leader at the time. 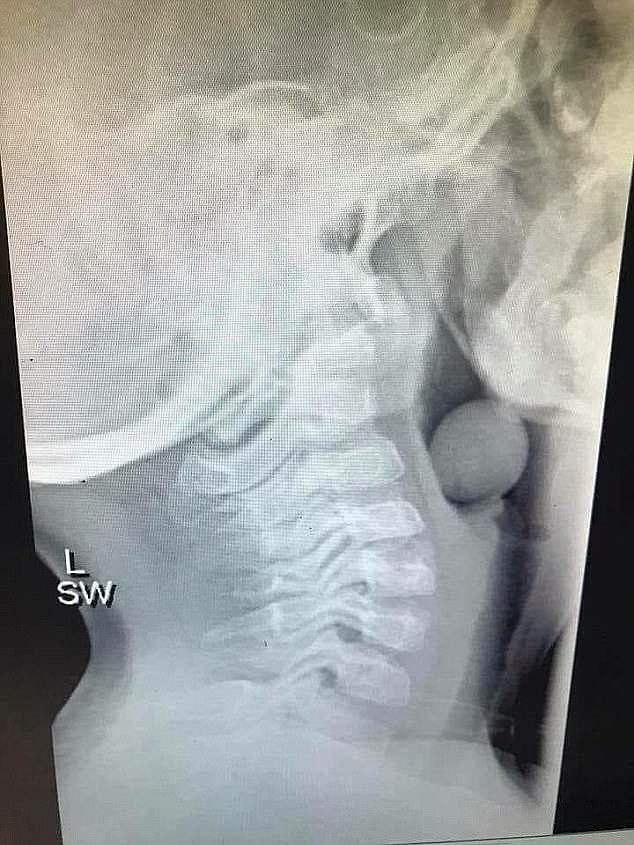 A 2017 scan shows a grape startlingly lodged in a five-year-old child’s windpipe, which came very close to cutting off his airway and killing him

Nutritionist Katie Fowler: What should the ‘perfect’ school lunch look like? 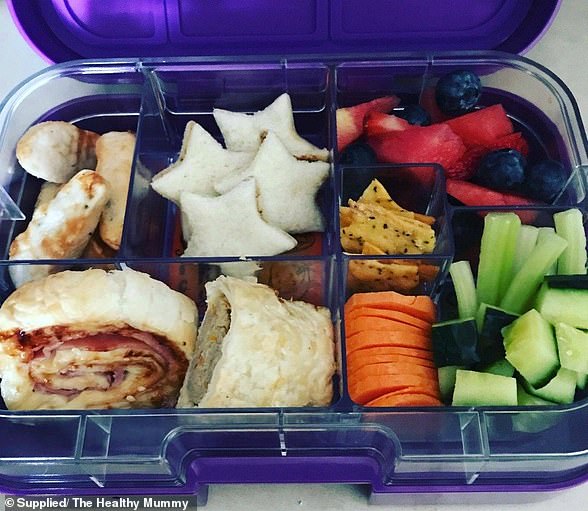 1. Load up on the five food groups

The first thing Katie said you must do for the perfect lunch box is load up on the five food groups needed for a balanced meal: fruit, vegetables, complex carbohydrates, protein and dairy.

Nutrition Australia recommends you spread your food groups over four different components of the lunch box: in the main item, the fruit or vegetable-based snack, the second snack and drink.

A good meal plan will mean you have everything on hand in order to make the perfect midday meal.

‘Involving your kids in the cooking process of school lunches can be the difference between an empty lunch box come home time and a full one,’ Katie said.

‘To keep food fresh and appetising in the heat, try adding a frozen drink wrapped in a plastic zip lock bag as a substitute for an ice block cooler,’ she suggested.

Uncut cherries, berries, cherry tomatoes and melons balls, as well as whole pieces of canned fruit are among the other foods which pose a choking hazard.

And it’s not the first time a lunchbox has caused controversy online.

In October, an Australian mother divided opinion with the generous and elaborate school lunches she makes for her four children.