“We should have no shame in wanting qualified people from other countries that bring a wealth of experience,” Australian College of Nursing chief executive adjunct professor Kylie Ward told The Sydney Morning Herald and The Age. 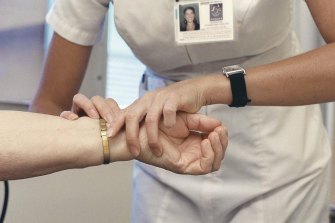 The College of Nursing says Australia must recruit nurses from overseas to fill gaps in aged care.Credit:Mario Borg

The college is offering to spearhead an overseas recruitment drive and calling for federal funding for the project, which would enable Australia to compete with countries such as Canada for nurses from around the world.

Health Department modelling shows an extra 14,000 nurses are needed just to deliver the federal government’s commitment to require aged care homes to have a registered nurse on-site for 16 hours a day by October 2023. About 2500 more would be needed to meet Labor’s promise to mandate 24/7 registered nurses from July 2023.

Labor leader Anthony Albanese has conceded that a government he led would have to recruit overseas health workers as a “stopgap measure”, after opposition aged care spokeswoman Clare O’Neil denied thousands of nurses would need to be imported.

Health Minister Greg Hunt seized on Albanese’s admission on Tuesday, saying the opposition had “backflipped” and was “incompetent in their planning and policy design”.

The issue is politically sensitive for Albanese, with unions opposed to any move that could be seen as preferencing overseas workers as they push for higher pay in the sector.

Ward, who supports the Fair Work Commission wage case, said the aged care workforce was in crisis and there was “no quick fix”, but that Australia must recruit from overseas to address the short-term need while transforming aged care nursing into a respected profession.

“We don’t have enough nurses currently in Australia because we haven’t been recruiting to the sector as we should,” she said.

“If you have a nursing qualification you should be able to choose where you want to work and, if Australia is a destination that’s attractive, then please come.” 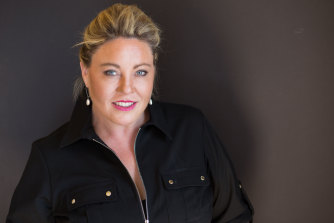 Australian College of Nursing chief executive Kylie Ward says if Australia does not work harder to attract overseas nurses they will go elsewhere.

Ward said Australian nurses were being recruited to work overseas and that countries such as Canada were snapping up registered nurses from around the world.

Aged and Community Services Australia chief executive Paul Sadler, representing not-for-profit providers, agreed that migration would be necessary to “plug the gaps in the short term” and that it would not be easy to meet Labor’s deadline.

The Australian Nursing and Midwifery Federation has warned any migration program must be “conducted ethically”, raising concerns that it could rob other countries’ health systems of nurses.

But Ward said Australia had no choice amid an international shortage of nurses, which was impacting all sectors of the healthcare system.

“If we don’t get our own backyard in order, then our nurses that are trained here will find other places to go and live and work internationally,” she said.

Roff said overseas nurses must be offered a pathway to permanent residency to persuade them to move to Australia, as recommended last year by the Parliament’s Joint Standing Committee on Migration report on Skilled Migration.

“These recommendations have not been adopted and we are calling on the incoming government to do so as a matter of urgency,” he said.

In 2020-21, 3670 registered nurses entered Australia on skilled visas under the permanent migration program, a tiny fraction of the national workforce of almost 400,000 nurses. Just 666 nurses came on temporary visas in the same period, compared with 1138 in 2018-19, before COVID-19 border restrictions.

Instead of outlining a detailed migration plan, Labor has promised “flexibility” for providers unable to find staff, leaving it open to criticism that the pledge to mandate 24/7 nurses is hollow.

O’Neil told the ABC earlier this month that 10,000 nurses quit their aged care jobs between 2019 and 2020, based on union figures.

Ward said this must include master’s degrees to give nurses specialisation in aged care.

An opposition campaign spokesman said Labor would “have more to say about training more doctors and nurses here in Australia”.