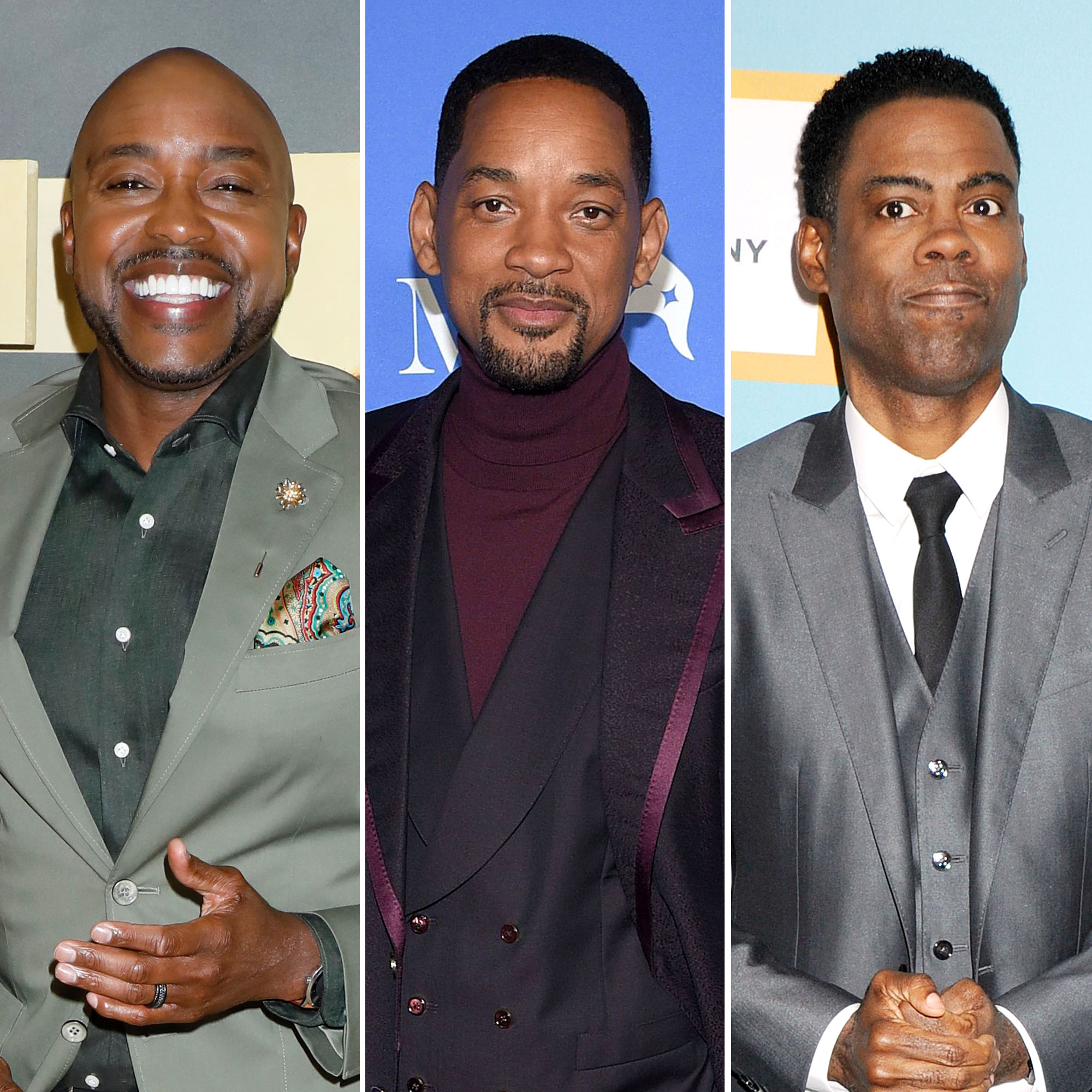 Moving in the right direction? Following the Oscars drama, producer Will Packer has been pleasantly surprised by how Will Smith has handled the aftermath of him slapping Chris Rock.

Will Smith and Chris Rock’s 2022 Oscars Incident: Everything to Know

“I love the fact that he’s being so transparent about his process,” Packer, 48, told Entertainment Tonight on Tuesday, August 9, about Smith’s video where he apologized for the incident. “He is being very public and honest and open about his remorse.”

The Florida native noted that the Fresh Prince of Bel-Air alum’s actions show his experience in the industry, adding, “I think that he’s got three decades in this business of being somebody that is the exact opposite of who he was in those few seconds, and so I’m pulling for him.”

Packer’s insight comes shortly after Smith, 53, returned to social media to address the Oscars drama. (In March, the actor made headlines when he slapped Rock, 57, onstage at the Academy Awards in response to a joke he made about Jada Pinkett Smith.)

“It’s been a minute … Over the last few months, I’ve been doing a lot of thinking and personal work … You asked a lot of fair questions that I wanted to take some time to answer,” the text read ahead of the clip, which was posted via Instagram on July 29.

In the video, the Oscar winner opened up about dealing with the fallout of the situation. “I’ve spent the last three months replaying and understanding the nuances and the complexities of what happened in that moment,” he detailed. “I’m not gonna try to unpack all of that right now. But I can say to all of you, there is no part of me that thinks that was the right way to behave in that moment. There’s no part of me that thinks that’s the optimal way to handle a feeling of disrespect or insults.” 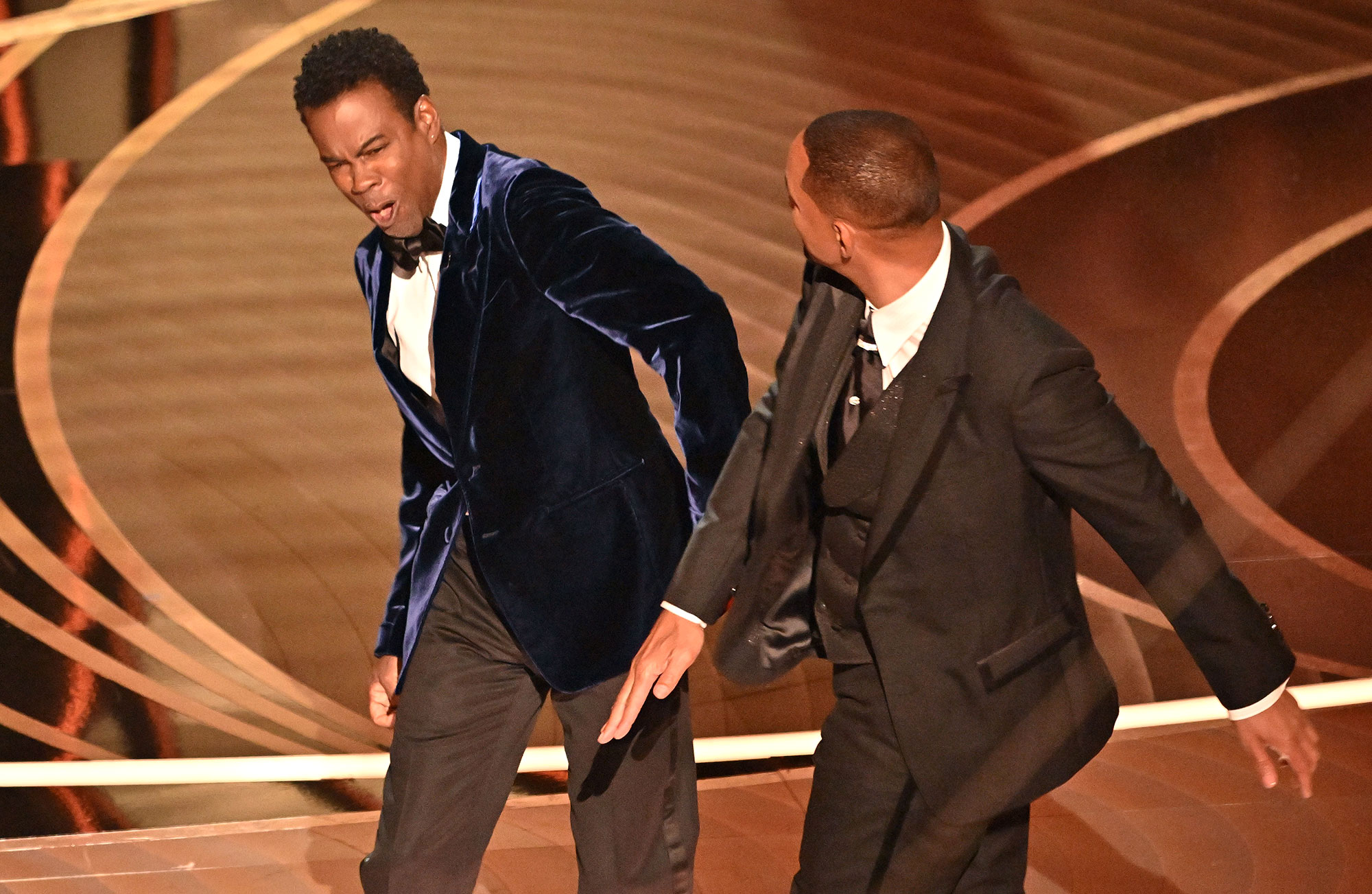 Smith revealed that he attempted to reach out to the comedian to make amends. “The message that came back is that he’s not ready to talk. And when he is, he will reach out,” the Philadelphia native continued. “So I will say to you, Chris, I apologize to you. My behavior was unacceptable and I’m here whenever you’re ready to talk. … I’m trying not to think of myself as a piece of s–t.”

The King Richard star also clarified that his actions were not influenced by his wife. “I made a choice on my own from my own experiences, from my history with Chris. Jada had nothing to do with it,” he added. “I am deeply remorseful and I am trying to be remorseful without being ashamed of myself. Right? I’m human and I made a mistake.”

Rock, for his part, seemingly threw shade at the infamous moment hours after the video was released. “Everybody is trying to be a f–king victim,” the South Carolina native joked during a show at the Fox Theatre in Atlanta. “If everybody claims to be a victim, then nobody will hear the real victims. Even me getting smacked by Suge Smith … I went to work the next day, I got kids.”

He added: “Anyone who says words hurt has never been punched in the face.”

At the time, a source exclusively told Us Weekly that Pinkett Smith, 50, inspired Smith’s decision to discuss the slap on social media.

“Jada has also been pushing Will to apologize because it has become this really dark cloud over her Red Table Talk series,” the insider said, referring to the actress’ Facebook talk show. “His team had hoped that the controversy would die down, but it just hasn’t. It would be impossible for him to move forward successfully unless he [addressed the slap].”