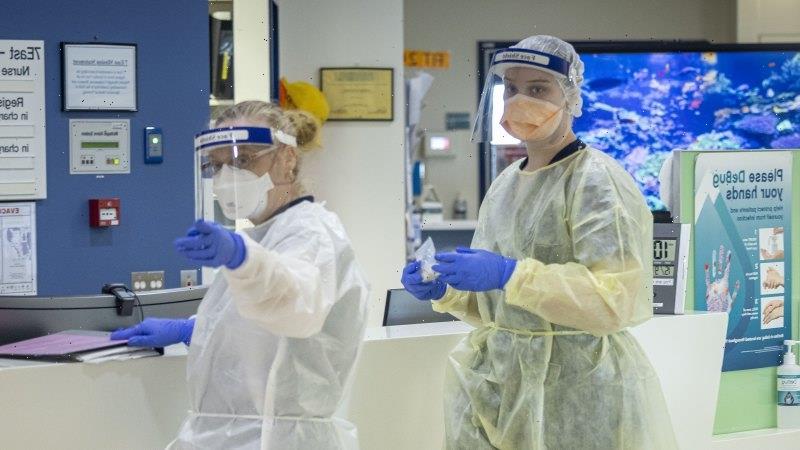 One in seven working Australians is now employed in health or social services, while manufacturing is enjoying a COVID-era renaissance, show new figures that also confirm casual workers are bearing the brunt of east coast pandemic lockdowns.

There are now almost 1.9 million people working in health or social services, the Australian Bureau of Statistics on Thursday reported — a 5.5 per cent or near 100,000 increase over the past 12 months. 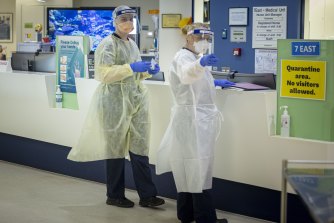 Health and social services now accounts for a record 14.4 per cent of all jobs.Credit:Wayne Taylor

The sector now accounts for a record 14.4 per cent of all jobs, the largest proportion of any industry in the country.

The changes forced on many small businesses by the pandemic has led to the biggest lift in manufacturing jobs on record. For the first time since 2009, there are now more than 1 million manufacturing workers after a jump of 90,000 in the past three months.

The growth has been broad-based, covering many food-manufacturing areas as well as traditional metal fabrication and transport equipment sectors.

There is now a record 907,800 people in public administration, another fallout from the pandemic, while for the first time since the ABS started collating these figures, there are more than half-a-million people employed in financial services.

There are now almost 268,000 people working in mining, about the same number employed during 2012, and the real estate sector is now employing a record 241,000 people.

But while some sectors have grown during the pandemic, others have struggled.

The number of construction workers has tumbled to its smallest since early 2017, there’s been an 11 per cent drop in the number of wholesale trade employees, and more than 50,000 positions in agriculture have disappeared.

Separate data from the ABS shows casual workers across almost all industries have borne the brunt of pandemic lockdowns in recent months. 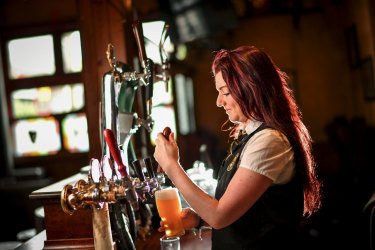 Casual workers have borne the brunt of the recent lockdowns with large falls in hours worked.Credit:Eddie Jim

“Employers are keeping an eye on living with the virus and remember dealing with skill shortages only a few months ago, leading them to hold onto workers and prefer adjusting their workloads through the average hours worked by each employee,” he said.

ACTU secretary Sally McManus said casual workers had lost 8.5 million in total weekly hours between May and August, with most now going without pay or job security.

“Casual workers go week to week not knowing what their hours or pay might be, making it hard for them to plan ahead, budget and often make ends meet. This takes a significant toll on their mental health,” she said.