Brett Gray is here for Jamonse. HL spoke EXCLUSIVELY with the ‘On My Block’ star about Abuelita’s death, why he thinks Jamal and Monse end up together, and what’s up with RollerWorld.

Are Jamal and Monse meant to be? That’s what Brett Gray thinks. HollywoodLife spoke EXCLUSIVELY with On My Block’s very own Jamal about everything that went down in the final season, which is now streaming on Netflix.

Brett told HollywoodLife that he thinks Jamal “definitely ends up with Monse.” He also shared his final RollerWorld theory, and Abuelita plays a big part in it. He opened up about Jamal and Abuelita’s final scene, finally meeting Lil Ricky, and more. Read our Q&A below: 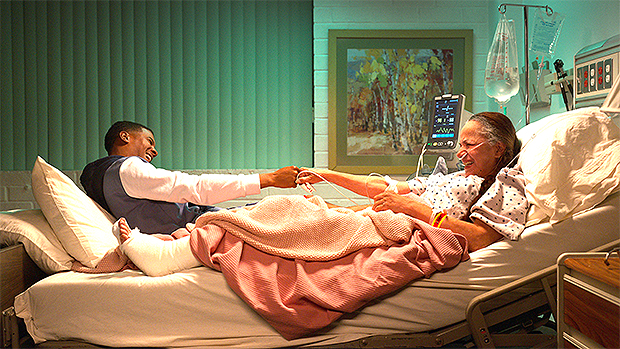 What was your reaction when you learned Abuelita was going to die?
Brett Gray: They kind of prepared me in season 3. They were telling me that they were thinking about it. But then when I saw in the script when I was reading this season and saw Spooky died, I was like, okay, great, then Abuelita can’t die. They’re not going to let it happen. I feel like Jamal, you know, he never gets to have his moment with the people that he’s really close to. Like, Ruby is his best friend and he’s never really had that moment with Ruby about him being shot and what happened with him. Abuelita dies and he never gets to have that moment of grief, but what I love so much is this monologue that she gives him at end of the season about finding his purpose and being himself and never letting go of that thing that makes him, him. Just in my own life with the show ending and me searching for my own purpose and trying to figure out how to use all my talents to continue forward, it was really just awesome to have Jamal and myself to get that moment.

I was going to bring up that scene because that was one of the scenes that really got me this season. Were you even able to get through that scene without crying because I couldn’t…
Brett Gray: No. Peggy Blow is just such an incredible actress like each and every single take. I’m just sitting on the side of the bed watching a masterclass almost. Each and every single take was so chock full of emotion and just felt real. Again, Peggy and I have such a great relationship off-camera, it felt like she was really talking to me.

Abuelita’s legacy lives on. She gives the Core Four a man. This has to be a map to the RollerWorld money, right?
Brett Gray: I mean, it has to be, right? My theory is that Oscar actually gave or left  RollerWorld with Abuelita once he was finished with Cuchillos. I think he saved everyone, and then went on to sort of live his life. I think he gave the money to Abuelita.

The beginning of the season started with a two-year time jump. The Core Four had split up, but they found their way back to each other. I know high school is tough and you move on. Do you think the Core More ultimately stays friends from here on out?
Brett Gray: I mean, it is tough. I think that they will always be friends. I think that they will always have those memories with each other. I think they always check up on each other, but as we grow older, things do change. I think they’re all in each other’s lives. I think Jamal’s kids and Ruby’s kids play together, and I think that they all move on in their respective ways. But I think it’s like most adult relationships. You stay in touch as much as you can, and we’ll always be friends and you’ll always have that with each other, but things change.

Do you think Jamal got all the answers he was looking for when it comes to Lil Ricky?
Brett Gray: I think Jamal got all the answers that he needed. He definitely had way too many questions, but I think he got what he needed. I really loved when Lil Ricky’s telling us about how much friendship has played a part in his life, and you see his own relationship with Chivo and how that sort of comes back together. I think that’s another really beautiful moment. I think what Jamal was really looking for was not just the key to the mystery but someone who did something incredible and someone who actually has buried treasure. I think, first of all, to be able to find him and for him to tell Jamal that the treasure is what he has all along with his friends. The treasure is right in your backyard. You don’t have to search very far. 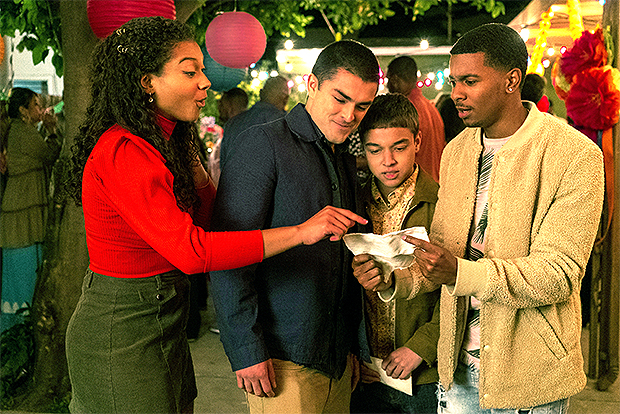 Okay, so what are your thoughts on Jamal and Monse? I mean, I could see it…
Brett Gray: I definitely can see it. I think that’s exactly what happens.

You think they end up together?
Brett Gray: I totally think Jamal and Monse end up together. I’m sorry. I think Cesar’s cool with it. I think they all know it’s high school and they’ll all love each other forever, but he definitely ends up with Monse.

Give me your Team Jamal pitch…
Brett Gray: First off, they bicker, so you know they like each other, number one. Number two, I think their relationship has also been pretty tumultuous. I think that Jamal’s the kind of guy that would do well with Monse, he’s someone who’s very spontaneous and cares a lot. Also as Brett Gray, I just love Sierra Capri so much, so I’m just going to shoot my shot here.

When Jamal mimicked Monse’s crying face, I could not stop laughing…
Brett Gray: It’s so funny I was actually really nervous about that because we’re all actors, and we’re sensitive people and people that are giving so much of ourselves. I saw that meme forever. We all like to sort of make fun of each other, but I didn’t want her to feel a type of way about it or be upset in any way. So we asked for permission, and she was just such a team’s sports about it and was so down for recreating this meme. The producers and stuff really cut it in a way that was like, you can really get the joke and not be making fun of her. I was really happy with that meme. I’m glad you noticed that moment because I was hoping that people would even notice that that’s what I was doing.

The past 4 seasons have been such a right. I love this cast and the stories you were able to tell. What has the role of Jamal and On My Block meant to you?
Brett Gray: It’s awesome. I never thought I could be funny. So I know I’m funny as a person, but we all think we’re funny to our friends and things. Comedy was something I was really nervous about coming into it, especially when I saw Jessica Garcia the first day. I was really nervous about upholding that and I’m really obsessed with the fact that I got to do that. I don’t think we see young Black men portrayed in this way all the time. I’ve really been honored to be able to give a voice to the people that are like me. On My Block is wildly and extremely popular, but I even see it as a cult phenomenon. Years from now, people will still be watching On My Block. I’ve been honored, and I couldn’t have had any better start to my career than this show and the people that I’ve got to be on it with. I’m very, very thankful.