IF you've got old Dandy and Beano comics hiding in your attic, they could be worth a small fortune – even if they're not in mint condition.

Beano favourite Dennis the Menace reached his 70th birthday last week, and collectors are spending up to £7,000 to get their hands on rare editions. 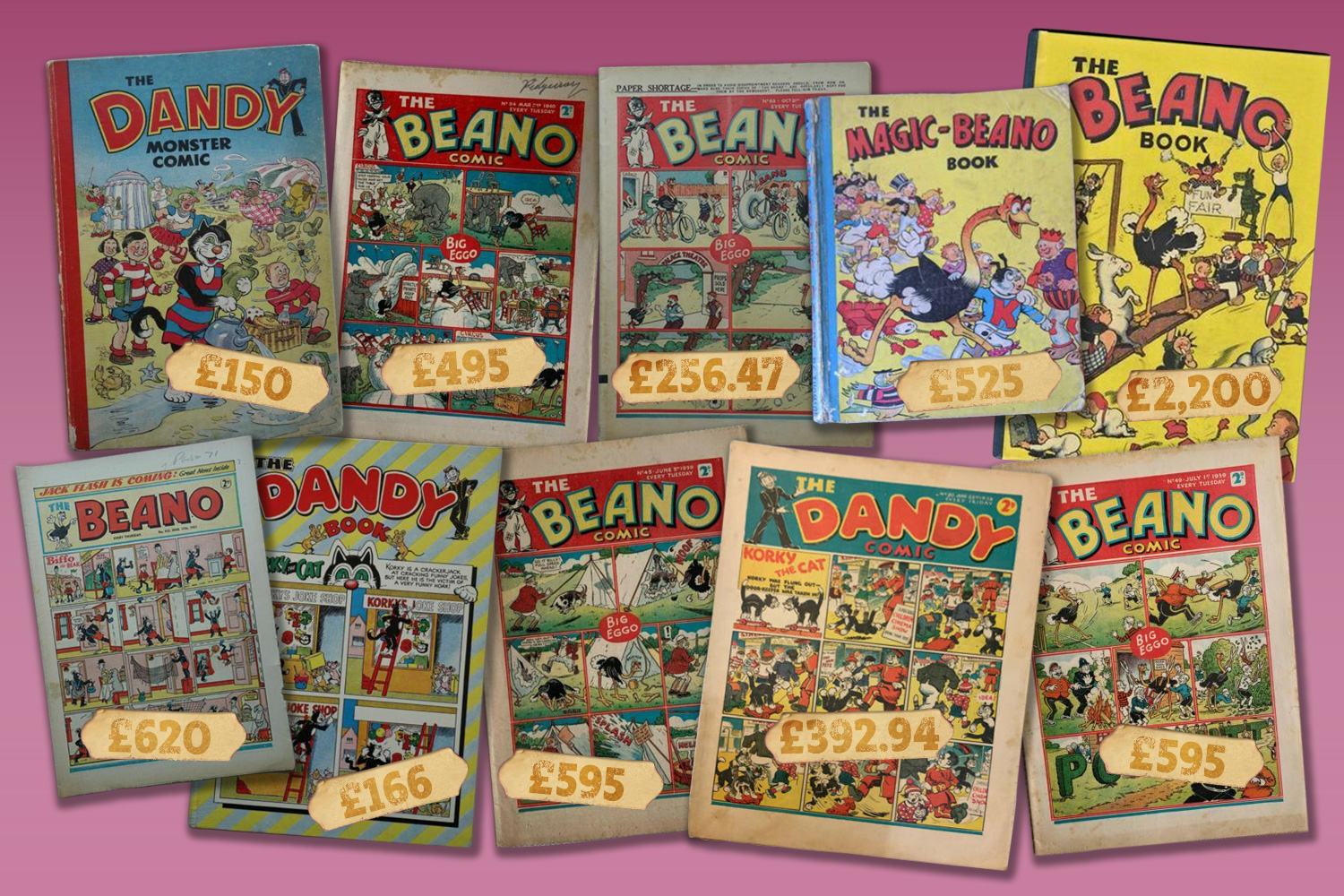 Beano is now the longest-running UK comic strip and you can rake in the cash if you have some of the earliest issues or annuals.

Don't forget Dandy – the Beano's sister comic – either, as these can also be worth a pretty penny.

Currently there are listings for rare editions costing up to £7,000, but there's no guarantees people will pay that price.

To get a better sense of what you could earn, the Sun trawled through recent completed eBay sales to see how much issues were sold for.

What makes a comic book valuable?

COMICS aren’t automatically worth a mint, even if they are rare – there are certain things collectors will look for if you list one for sale.

Malcolm Phillips of Comic Book Auctions reveals the top things to keep in mind if you're planning on selling.

If you've got a valuable comic you could try to sell it yourself on eBay.

However,it can be tricky to know how to price items, and if you do an auction you run the risk of people not seeing it.

If you have something very rare, such as the first ever edition of the Beano, you could also considering using an auction house, such as Comic Book Auctions

Here's ten of the top recent sales for Beano and Dandy: 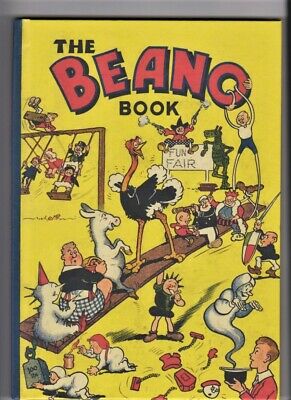 The highest recent sale we could find was a Beano annual which sold for a whopping £2,200 online.

The rare annual was described as being in 'very good' condition, with vibrant colours and no rips, however the original owner's name and address is written in the front.

The issue reached its top price in a eBay auction earlier this month. 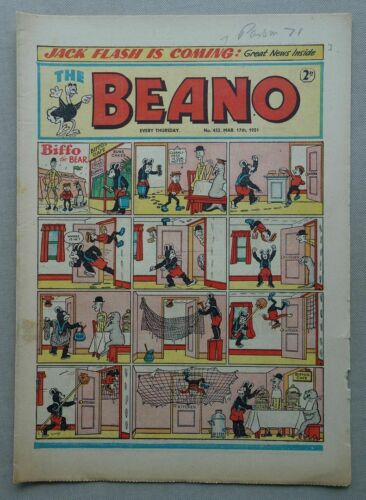 The next highest sale price we found was a Beano issue #452, which first came out in 1961.

The issue is particularly special because it's the first time you get a glimpse of Dennis the Menace in the series.

It's a brief appearance and there's no sign of Gnasher, Curly, Pie Face, stripy jumper, catapult or pea shooter.

The issue had 31 bids before finally selling for £620 in June. 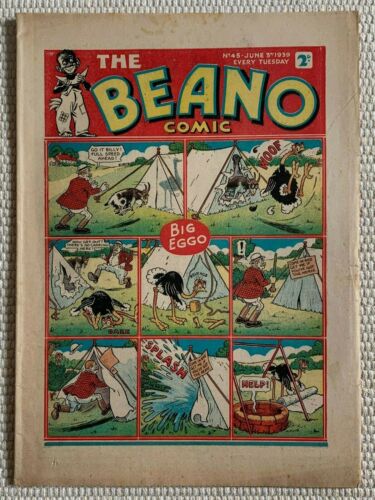 This issue is one of the earlier Beano comics, making it far more rare than recent editions.

It was described as in 'fine condition' with just a small tear to the cover. Other than that the seller said it was in excellent condition externally and internally. 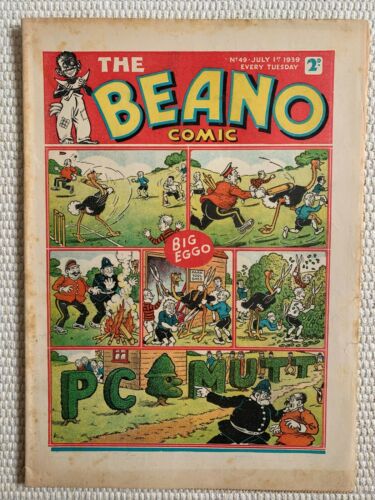 This comic, which was launched just three weeks after the one above, also sold for £595.

It was listed by the same seller, who also described it as being in fine condition.

There's no chance of seeing fan favourites Dennis and Gnasher as rare old issues were first sold long before he was introduced to the series. 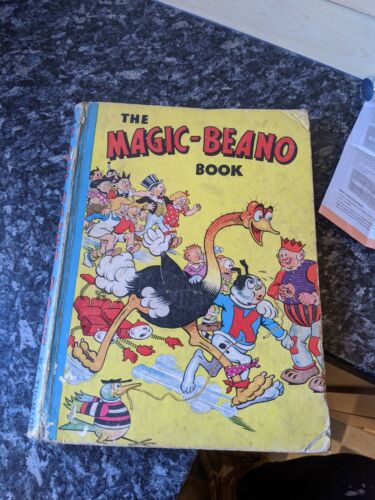 One lucky seller managed to sell this Beano annual for hundreds after finding it in his loft.

Despite visibly being in quite poor condition, which rips and tears and fading, six people bid on the book eventually stopping at £525. 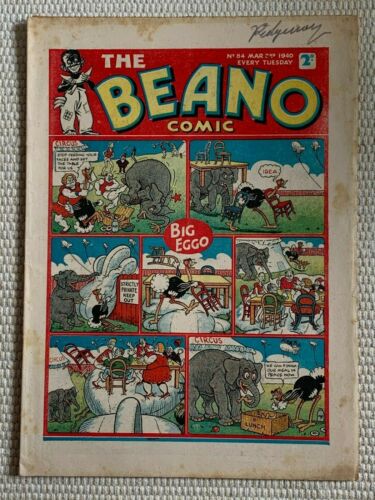 This early edition comic sold for slightly less than others, perhaps because it looks to be in worse condition, or maybe because it was slightly later.

Even so, the seller still managed to get £495 for it, which means it's well worth checking your attics and lofts in case there are any forgotten about in storage. 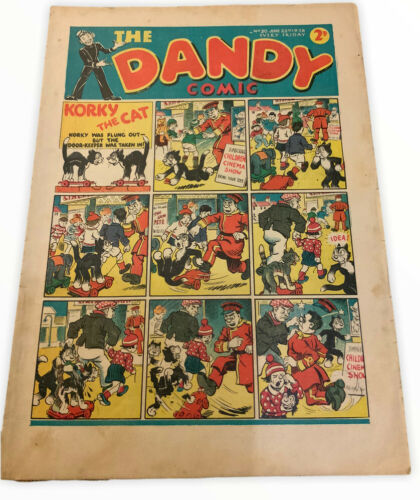 The seller said it was in good condition, complete with all its pages and that it had been kept out of direct sunlight meaning the colours are strong and bright.

There was some wearing with very small 1-2 mm rips in the opening spine margin and very light discolouration to the paper throughout. 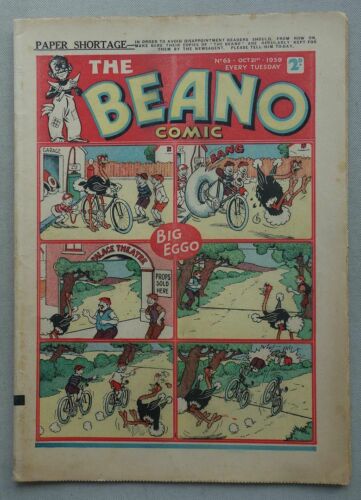 This Beano edition was really popular in its eBay auction, attracting a whopping 41 bids in total.

It wasn't one of the highest amounts we've seen though, eventually selling for just £256.47.

It was published on October 21, 1939 during the second World War. 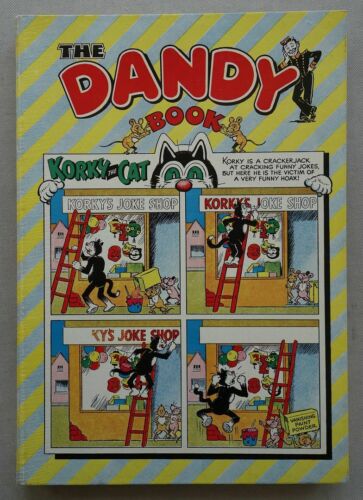 Despite being slightly newer and therefore less rare, this Dandy annual sold for an impressive £166 after attracting 21 bids on eBay.

The seller said it might be unsold shop stock, and was in one of the best conditions they have seen for older comics.

They wrote: "we've sold 26 copies of this book in the past and this is the best by far and we should probably be keeping it for our own collection.

"It's possibly unsold shop stock, indeed a previous owner has written that in pencil, along with the year, to the first page." 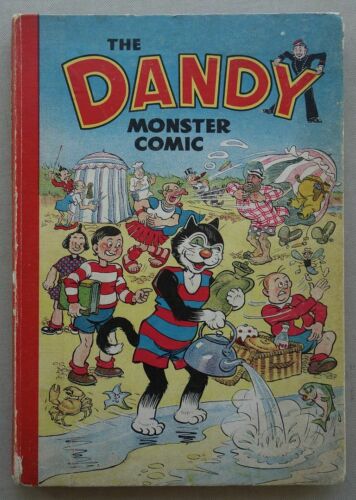 Generally speaking Dandy comics tend to sell for less than Beanos, but that doesn't mean it's not worth putting them on eBay.

It was described as being in very good condition despite being well over 70 years old. In fact, the journal was first published back in 1950.

Beano’s Fatty to be renamed Freddy after 67 years over fears name is ‘mean’.

It's not just comics that are worth a bob – check out these ten classic toys from Barbie to Hot Wheels that could now be worth up to £2,110.