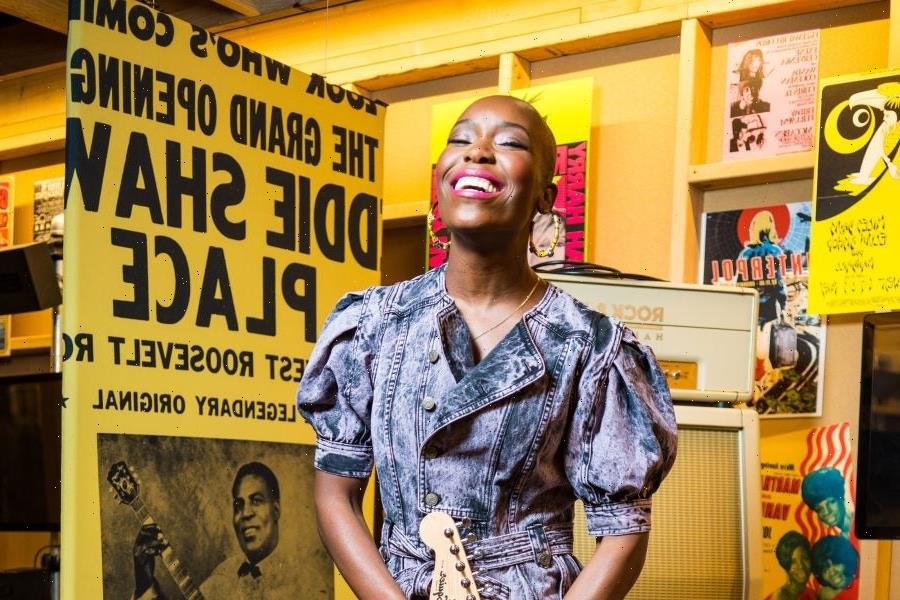 Nwaka Onwusa is the Chief Curator and Vice President of Curatorial Affairs at the Rock & Roll Hall of Fame. Being the first African American to hold this position, she feels it is her responsibility, her duty, to make sure that the legacy of Black music is preserved properly.

“Music is spiritual and it’s a part of who I am daily, so I feel like it is on me,” Onwusa tells ESSENCE. “Like when Nina Simone commissioned all artists in this space; it is your duty. So, whether it’s just me, or a fleet of other Black women, or men, or people of color, it is my duty to tell our perspective until freedom comes.”

Raised in California, her full name – Nwaka Ngozi Onwusa – means “child greater than money.” Her father, who is a Nigerian immigrant, and her mother, who is from Louisiana, agreed upon the name because of their journey prior to conceiving their eldest daughter. “My parents named me that because of their struggle to have kids,” she said. “Having two miscarriages, then along came me. They felt as though I was a gift, and so special that they couldn’t put a price on it.”

Like many people in her profession, this UC Riverside graduate’s rise through the ranks was more of a maze than it was a straight line. She began her path working at the university box office, gaining the skill and expertise that would help her earn a job at the Grammy Museum, where she would take on similar duties. She would then be promoted to the position of Museum Education Manager, then Associate Manager, to Associate Curator, to Assistant Curator, which ultimately led to the role she holds today. It’s taken over a decade of work, but Onwusa still feels she has much more work to do. Most of all, it’s her humility and gratitude that allows her to excel in all her endeavors.

Courtesy of the Rock & Roll Hall of Fame

“I am also grateful for my boss and President of the Rock Hall, Greg Harris. This role is not for the faint of heart,” she said. “He had faith in me to stand in this role. A national search could have taken place for other qualified candidates, but he believed in me and for that, I am forever grateful.”

Throughout her career in the museum industry, the former substitute teacher has faced many obstacles, especially for a woman of color. In most instances, she is the only person that looks and talks like her, in rooms where important decisions have been made regarding priceless artifacts critical to the history of music and culture.

“We come into spaces where our stories are not seen on the walls; or they’re seen on the walls, but we’re not in the room to help tell them – that’s the obstacle,” Onwusa explained. “Let us tell these stories ourselves, let us be represented in this space. It’s like, if we’re going to tell the story about George Harrison going to meet with Ravi Shankar and how inspiring The Beatles are, let’s also talk about how John Coltrane studied and worked with Shankar as well.”

“There’s two sides to the story, so let’s share some of those stories with the world,” she added. “Let’s amplify these Black stories – not just one singular moment. There are deeper moments here that we still have yet to share.”

Working at the Grammy Museum for a little over a decade provided Onwusa with some special opportunities and allowed her to build great relationships with notable people. While there, she was able to curate an exhibit in 2015 called All Eyez On Me: The Writings of Tupac Shakur; the very first of its kind. It included rare video interviews from the iconic musician, along with several items pertinent to his life and career. It was with this experience that prepared the California-native for the production of another ‘Pac-centered exhibition – the fully immersive Wake Me When I’m Free, which explores his legacy.

In the years since his passing, Tupac has become so much more than just a rapper. His life and words have been studied in educational institutions across the world, and his impact was so powerful that even today it remains to be entirely realized. Even with her years of experience as a curator, there is still a fear of not doing right by the memory of a man of this magnitude.

“The fear of approaching a man as dynamic as Tupac and his legacy, to touch his writings, to get close to his collections and the things that he survived off of and lived on – that was mind blowing in itself,” Onwusa said of the creation of the exhibit at the Grammy Museum. “I have no words, I can’t even fathom what that initial experience was because at that time his mother – the late Afeni Shakur – was alive and was able to help with that exhibit and give us the ability to look into his collection and be allowed to look into his life and select the writings of her son. So having this opportunity with Wake Me When I’m Free, and to have that seed already planted in my spirit, the opportunity to revisit this man’s life again was definitely a dream.”

As the conversation about the acclaimed artist and activist progressed, it was the discussion about his mother that evoked the most emotion. “The weight of who Afeni Shakur is was not lost on me in this process,” stated Onwusa.

“I am honored to celebrate his mother, and to amplify her voice as the woman who raised him,” she continued. “There are so many Black women who are raising Black sons and daughters out here alone, and to see what she did it’s like: ‘Afeni your works are not in vain.’ It moves me to not only tell his story, but her story too. I thought that it was important in this exhibit not just to learn about Tupac, because it was because of her that we have him. He’s revolutionary because of her, and you understand why Tupac advocated the way that he did because he was raised by such a strong woman.”

And it all comes full circle. Highlighting the contributions of the aforementioned individuals such as Coltrane, Tupac, and Afeni Shakur are only a small part of Onwusa’s mission. It’s not always about honoring the people that we’ve heard of, but giving praise to the ones that we haven’t.

“Telling a Nat King Cole story, or Billie Holiday, Earth, Wind & Fire, Patti LaBelle and The LaBelles, Betty Davis – there are so many dynamic artists,” the pioneering curator says to ESSENCE. “And that was always my mission; whether you were inducted into the Rock & Roll Hall of Fame or whether you were just Grammy nominated, this is your story.”

“If you are rocking and rolling; shifting the culture and shifting the status quo, that’s what I celebrate, that’s what I acknowledge as the Chief Curator and Vice President at the Rock & Roll Hall of Fame,” Onwusa continued. “Celebrating those voices who have continued to push the button.”