A great-grandfather who shot his daughter in the head is to be freed after 15 months behind bars because a judge found his age put him at risk of contracting coronavirus and it was better he self-isolate at home.

Rodney Charles Madex, 69, served 449 days after he shot his daughter, Tammy, with a shotgun from close range at their home in Glengarry North, in Gippsland, on January 2 last year. 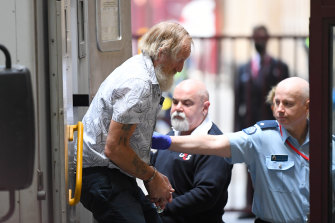 Madex wanted to scare his daughter from self-harming, the Supreme Court heard on Thursday and did not mean to shoot her when he fired about 10.30pm, after the pair spent the afternoon drinking.

Tammy, who was then 44, had almost 30 pellets removed from her forehead and was lucky to avoid serious injury.

There are no known cases of coronavirus in Victorian jails but Justice Rita Incerti said the risk posed to Madex was an important and unprecedented factor in sentencing.

She found it appropriate he be released after time served and complete a two-year community correction order at home. 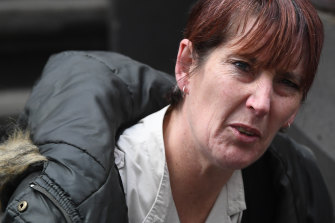 "Your age of 69 years places you in a high-risk category," Justice Incerti told the father of four.

"I am told that if you are not in custody you would reside on a 60-acre rural property and could self-isolate. This is not an option whilst in prison.

"I am told that the possibility of contracting the virus weighs heavily on you and makes prison a more onerous prospect for you than it does for someone younger."

Madex and his daughter had been living in the same house at the time of the shooting. The judge did not say whether they would be self-isolating together on the rural property after Madex's release.

Prosecutors conceded at Madex's plea hearing his age and vulnerability made any jail term more onerous.

In the hours before the shooting, Madex and Tammy bickered as they drank together, during which she spoke of ending her life.

Madex fired from from between one and two metres hitting Tammy to the right side of the forehead. He fled and called his son in panic to report, "I nearly killed Tam."

He was arrested soon after and was charged with attempted murder but pleaded guilty to reckless conduct endangering life and possessing an unregistered firearm.

Justice Incerti said Madex's actions could have been catastrophic for Tammy and the family. He was also very fortunate to retain the support of his family, including Tammy, who chose not to file a victim impact statement.

"Your action in discharging the shotgun so close to Tammy was extraordinarily reckless and cased Tammy injury," the judge said.

"It is remarkable that Tammy did not sustain more serious permanent injury or death as a consequence of your actions."

Justice Incerti also took into account Madex's remorse and insight into his offending, and the efforts he made to get treatment for his depression and alcoholism, which worsened after his wife's death in 2017.