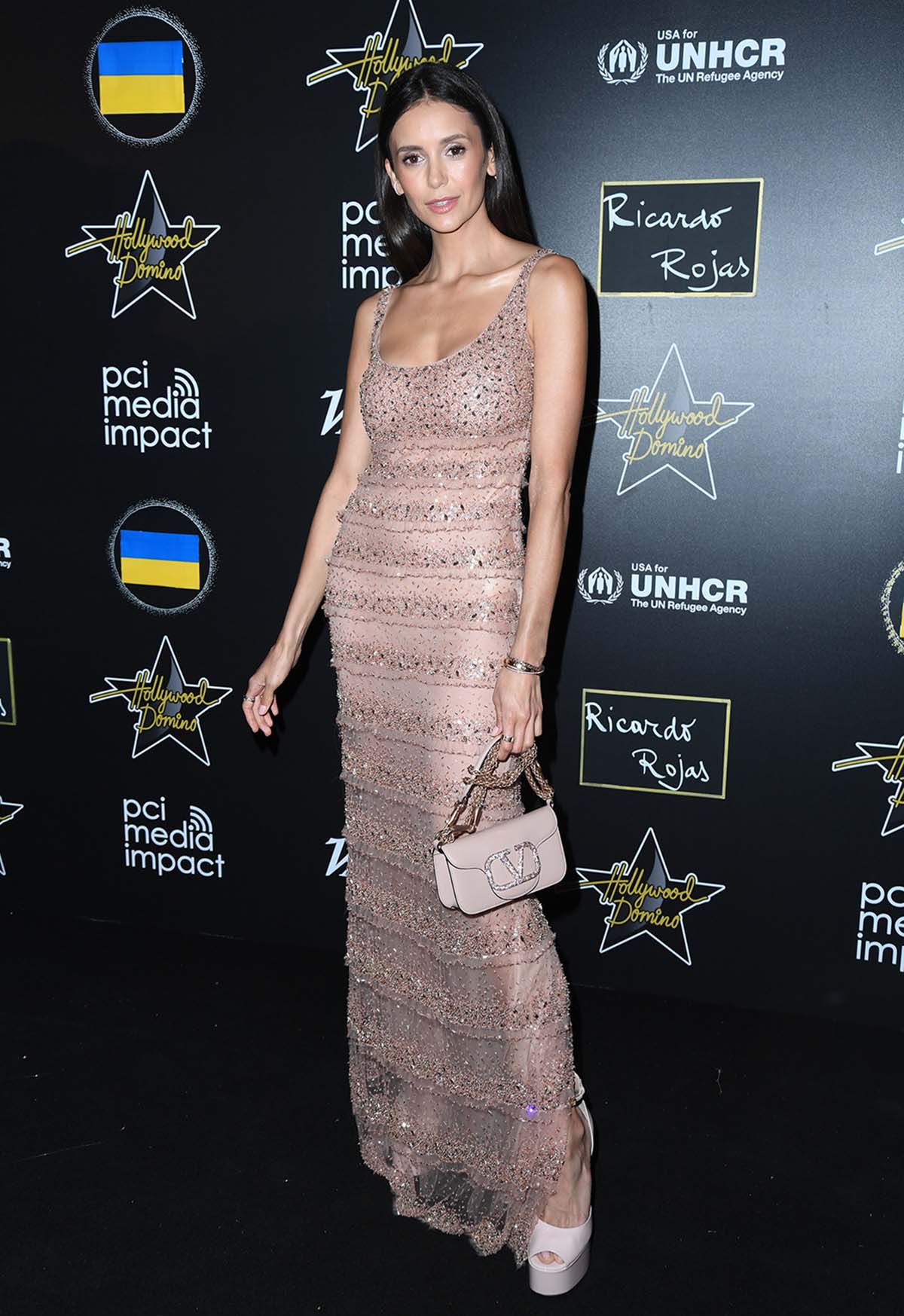 Yikes! Nina Dobrev revealed her role on The Vampire Diaries caused major relationship drama – after she got cast and her then-boyfriend didn’t!

‘Vampire Diaries’ Cast: Where Are They Now?

“They were gonna choose him [for the role of Damon Salvatore],” Dobrev, 33, said during a Wednesday, June 29, episode of Jessica Szohr’s “XOXO” podcast. “They ended up not choosing him, but I got cast. And then it got awkward.”

The Bulgaria native shared that shortly after she landed the part, the relationship came to an abrupt end. “We broke up,” she said.

Brooding bad boy Damon Salvatore was eventually portrayed by Ian Somerhalder, who Dobrev dated from 2010 to 2013. Despite their split, The Then Came You actress (Who has been dating Shaun White since 2020) and Pulse star (who has been married to Nikki Reed since 2015) have managed to remain friends and even continued to play love interests on screen.

“I don’t think that’s weird at all,” the Degrassi alum said in regards to her post-romantic relationship with the Louisiana native, 44, during a January 2019 episode of Watch What Happens Live. “I think that [he and Reed] have a beautiful baby [daugther, Bohdi], and they are happy and so am I. What’s bad about that?”

Two years prior, both Somerhalder and Reed, 34, addressed their friendly relationship with Dobrev and noted how damaging rumors of drama between the two women can be to read. The Twilight star shared a photo via Instagram of the three of them smiling, while the V-Wars alum reposted the snap on his own Instagram, asking fans to “stop spreading hate everywhere,” before adding, “there’s already too much of that right now in our world.”

Dobrev’s whirlwind romance with White, 35, began in February 2020 when fans noticed that they had shared similar photos from a trip to South Africa. One month later, they were photographed together for the first time while enjoying a bike ride in Malibu.

In April 2020, a source exclusively told Us Weekly that the two “were enjoying their time getting to know each other,” adding, “Nina really likes Shaun, and they both laugh a lot together.”

The couple made their relationship Instagram official in May 2020. An insider told Us at the time that the duo were “living together” amid the COVID-19 pandemic. “They’re super compatible and both free-spirited people” who are “comfortable around each other and supportive of one another in their fields,” the source added.

Since confirming their romance, the pair have used social media to highlight their relationship — and poke fun at each other whenever possible. “The person in this photo is the funniest, most charming, sexiest, and hardest working person I know. The other person is my boyfriend,” Dobrev captioned a photo of the couple on his 35th birthday. “Happy birthday baby, thank you for always being older than me. @shaunwhite.”