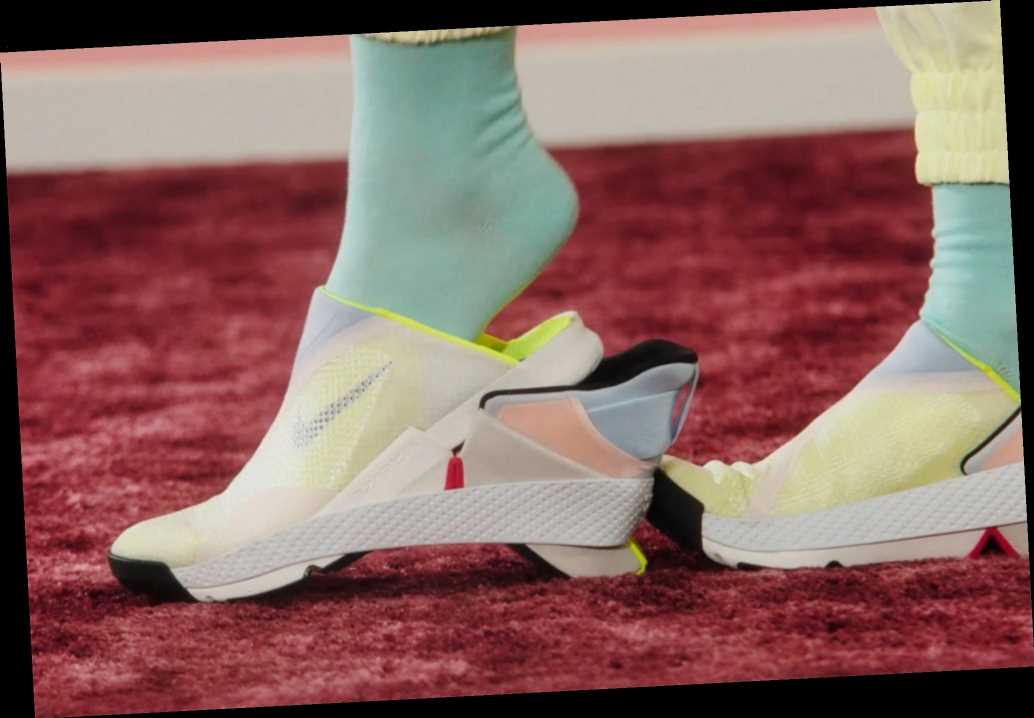 Slaves in China may have made your sneakers, smartphone

The shoe brand unveiled the new design on Monday, dubbed the Nike GO FlyEase, and received wide praise online for their accessibility regardless of the wearer’s physical abilities.

The intuitive design allows the wearer to easily slip in and out of the shoe without bending over. As the foot slides in and presses down on the heel, the shoe fastens with its patent-pending “bi-stable hinge and midsole tensioner” — like a rubber band around the sneaker that expands to your foot — according to Nike News.

The ease of wear would be attractive to anyone, but it’s those with a limited range of physical abilities who will benefit most from the novel shoe.

“‘The design is so lazy’ to YOU but my 19yr old disabled sister who can’t put shoes on w/o assistance would LOVE these bad boys,” wrote @deathofshe, in a promotion that received more than 725,000 likes on Twitter.

In fact, the sneaker was dreamed up by Matthew Walzer in 2012, then 16. Walzer, who has cerebral palsy and cannot get dressed the same way most do, wrote to Nike with a plea.

“Out of all the challenges I have overcome in my life, there is one that I am still trying to master, tying my shoes,” he said in that 2012 letter, according to Good News Movement whose video-collage on social media has been viewed 1.1 million times.

“Cerebral palsy stiffens the muscles in the body,” Walzer explained. “As a result I have flexibility in only one of my hands which makes it impossible for me to tie my shoes. My dream is to go to the college of my choice without having to worry about someone coming to tie my shoes everyday.”

Nike then invited Walzer to consult on a design to match his request, and worked alongside sneaker guru Tobie Hatfield, the legendary designer who created many landmark Nike models, including the Presto and the FlyKnit.

“Usually I spend so much time to get in my shoes. With the Nike GO FlyEase, I just need to put my feet in and jump on it,” Vio said in a press release for Nike.

With a price tag of $120, the shoe officially drops on Feb. 15 to Nike members prior to a wide release.