Niecy Nash has been on cloud 9 since marrying musician Jessica Betts last month. The pair got hitched on August 29th at their home in Ventura, California. In an exclusive interview with People, the actress tackles some questions many people have had about how she and her new wife came together.

Nash and Betts first connected on social media in 2015 back when she was married to ex-husband Jay Tucker. At the time, Nash says her connection with Betts strictly platonic. “[Jessica] and I were friends, but I never saw her as someone I would date,” Nash told the magazine.

She says after splitting with Tucker in October 2019, she and Betts realized they wanted to be more than friends. “I loved her before I was in love with her because she is such a special human being,” said Nash. “But we began to see each other in a way we never had before. Sometimes you get so broken by love, you run from it. But I’ve learned that you should always hold space for magic because it can happen at any time.” 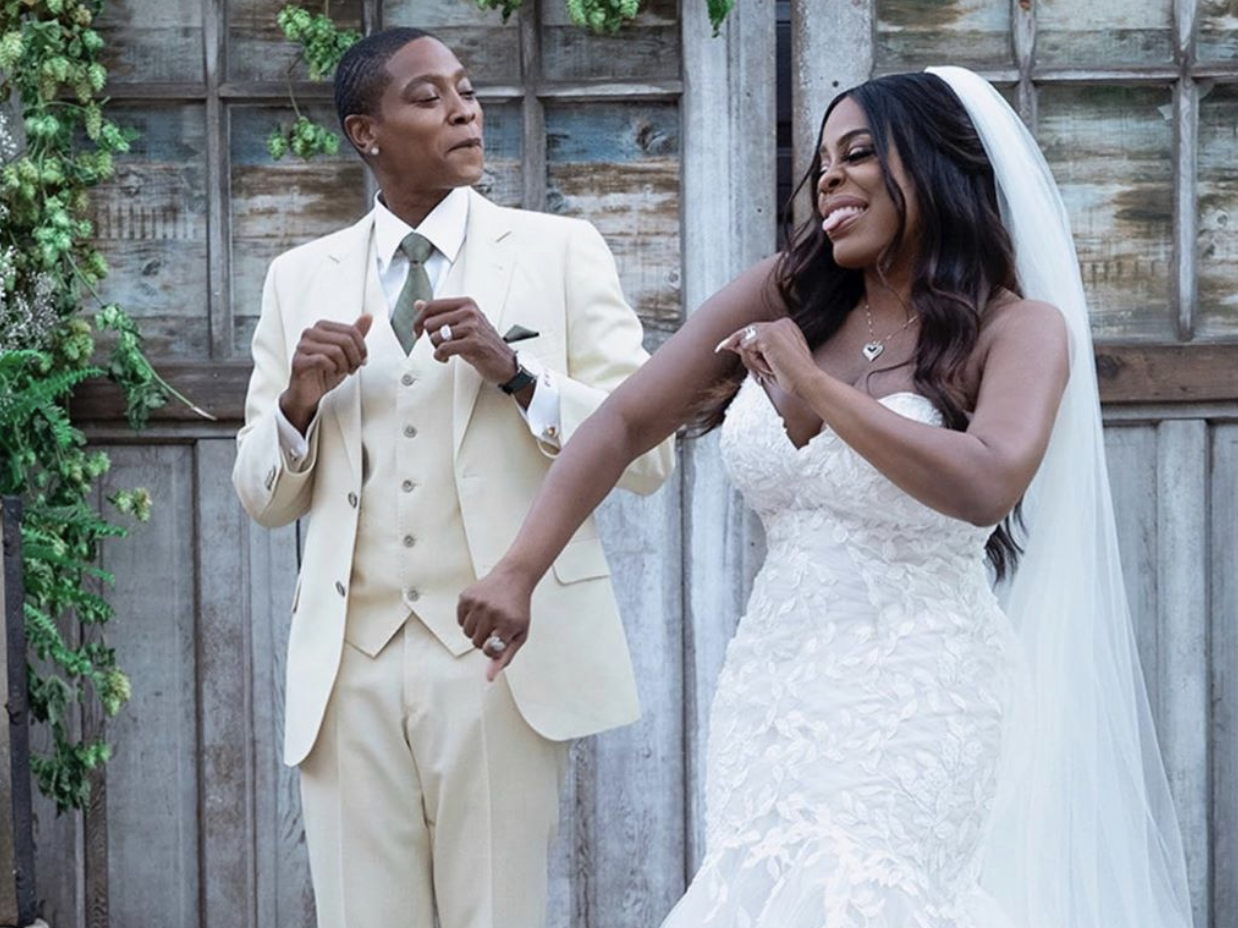 The couple posted photos of their “rustic chic” wedding celebration last week, attended by friends Ava DuVernary, Sherri Shepard and comedian Lala Milan. The news surprised many of Nash’s fans who’d always assumed she identified as straight. Nash tells People that her marriage isn’t her way of coming out, but rather “a going into myself and being honest about who I love,” she shared. “And I’m not limiting myself on what that love is supposed to look like.”

When it comes to her sexuality, Nash isn’t putting herself into any category. “I was not suppressing my sexuality my whole life,” she says of her new marriage. “I love who I love. At one point in my life, I married twice and I love those people. And today I love this person. I’ve done everything I wanted to do on my own terms and my own way. So my choice now in a partner has nothing to do with who I’ve always been. It’s a matter of who I am in this moment.”

Soon after the wedding, the newlyweds jetted off to Santa Barbara for a mini-moon. With the ocean in her view and her new love by her side, she reveals that she’s in a state of pure bliss. “I couldn’t be happier,” Nash reveals.

Read more about Nash and Betts wedding, as well as their double proposal, here.