Niecy Nash just revealed her marriage to artist Jessica Betts, less than a year after she announced her divorce from husband Jay Tucker. 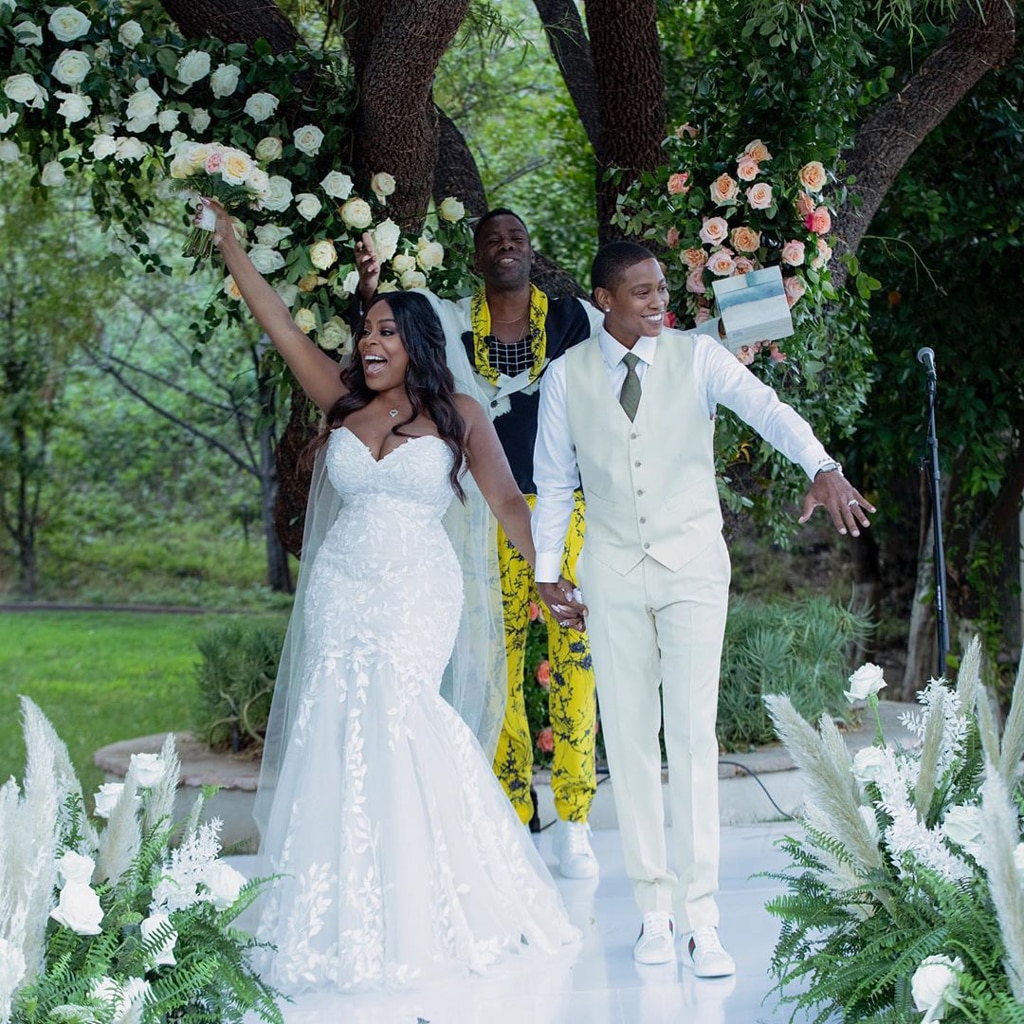 On Monday, Aug. 31, the celeb surprised her followers when she shared a photo from her nuptials to girlfriend Jessica Betts. She captioned the picture of the ceremony, "Mrs. Carol Denise Betts. @jessicabettsmusic #LoveWins."

On Jessica's Instagram, the artist wrote, "Got a whole Wife @niecynash1 #Bettsofbothworlds #LoveWins."

In the picture, which the couple shared to their respective Instagram accounts, the 50-year-old is wearing a white mermaid style bridal gown as she holds up her bouquet in one hand. Jessica is dressed in a white suit, but ditched the jacket in favor of a more casual look.

Niecy acknowledged that her wedding comes as a shock to many of her followers, writing on her Instagram Story, "#PlotTwist."

There's little known about Jessica and Niecy's relationship, since neither of them have spoken out about their romance in public.

The only indication of their relationship prior to Monday was a post to Jessica's page in February, which showed the Claws star wearing nothing but a pair of underwear, with her back facing the camera. Jessica captioned the photo, "Happy Birthday to a Real One. @niecynash1 #Nicenails."

And it appears the duo goes as far back as June 2018, with Jessica sharing a video from her time on the set of Claws. The musician performed one of her songs on the episode where Niecy's character gets married.

Fans are already speculating about when things turned romantic between the two, with one person commenting on the aforementioned Instagram video, "Ok 'homegirl' [laughing emoji] y'all planned this."

In October 2019, Niecy and her husband of 8 years, Jay Tucker, announced their divorce in a statement shared to Instagram. "We believe in the beauty of truth. Always have," the joint statement read. "Our truth is that in this season of our lives, we are better friends than partners in marriage. Our union was such a gorgeous ride. And as we go our separate ways now, we feel fortunate for the love we share—present tense."

The couple continued, "Thank you all out there for your support of us as a couple over the last eight years. We are grateful."

Meanwhile, congratulations are pouring in for the newlyweds, with Jesse Tyler Ferguson commenting on the post, "So happy for you!"