Newlywed reveals she saved £20K on her wedding by using a cyber currency to pay for the rings, marquee and make-up – and it only took them three months to plan

A newlywed revealed how she saved £20,000 on her dream wedding by paying in an online currency.

Debbie Lightbown, 31, of Swanage, Dorset, married fellow business owner Bill, 46, in a church service in Studland, Dorset, last month, followed by a lavish reception for 68 day guests and 120 evening guests, complete with a magician and a marquee.

But while their wedding was worth £38,000, the couple managed to save almost 50 per cent by using an online currency called BBX pounds to pay for key parts including the rings, make-up artist and even the bridal gown.

Not only that but it allowed them to plan the wedding swiftly, with the couple tying the knot just three months after Bill proposed. 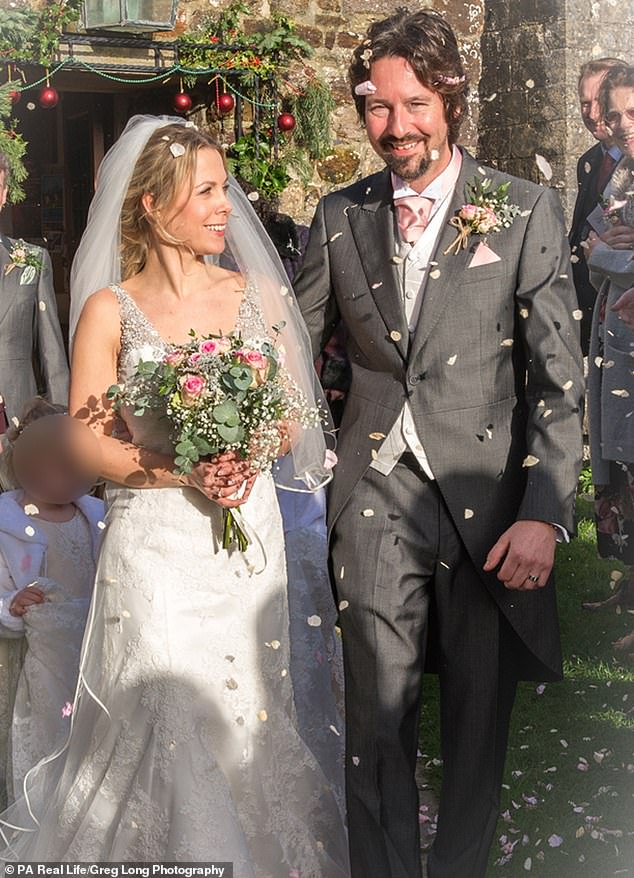 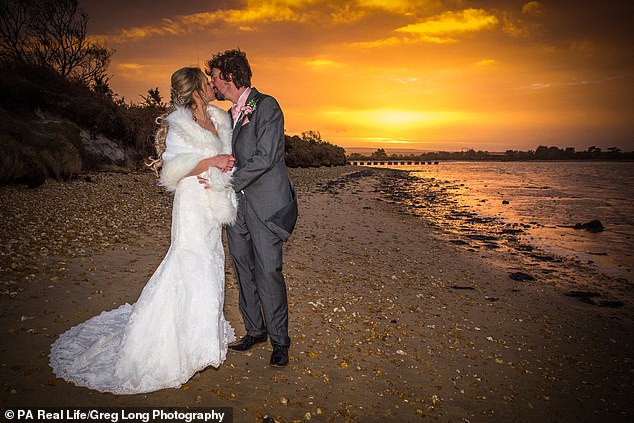 Sealed with a kiss: The couple saved £20,000 on their wedding by using an online currency 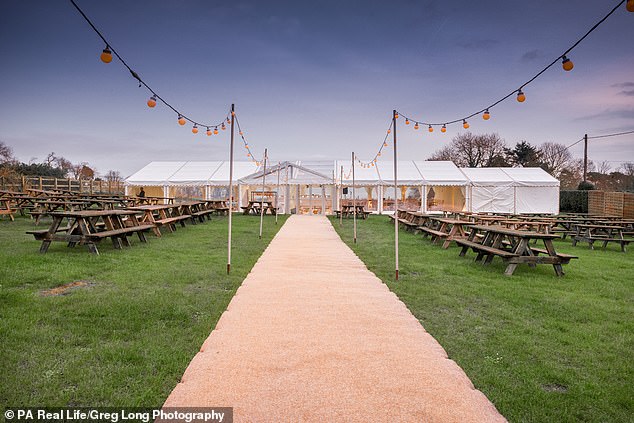 Luxury celebration: The couple received a marquee worth almost £19,000 for £11,000, pictured, through BBX, an online community for business owners 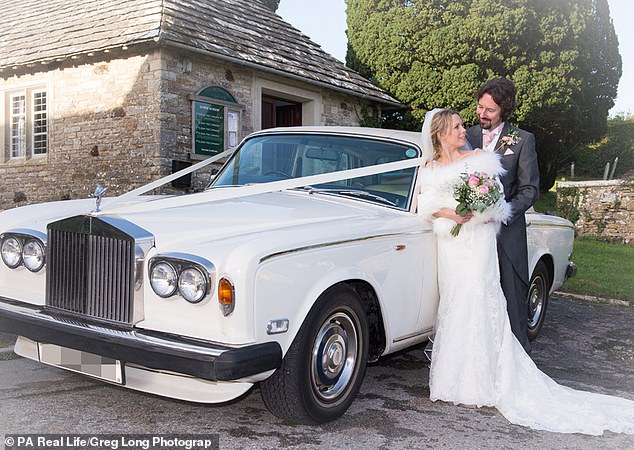 Luxury day: Debbie and Bill also saved some £800 on the cost of a wedding car with BBX

BBX, an online business community, works by allowing business owners to monetise their spare capacity, whether it is unsold stock, unfilled diary time or spare rooms.

She then spent this online currency at other businesses, including a bridal gown boutique and jewellery for the rings.

Jane said: ‘Someone could use BBX pounds to book a night’s stay with Janes Places, which I could then bank and spend with other members.’ 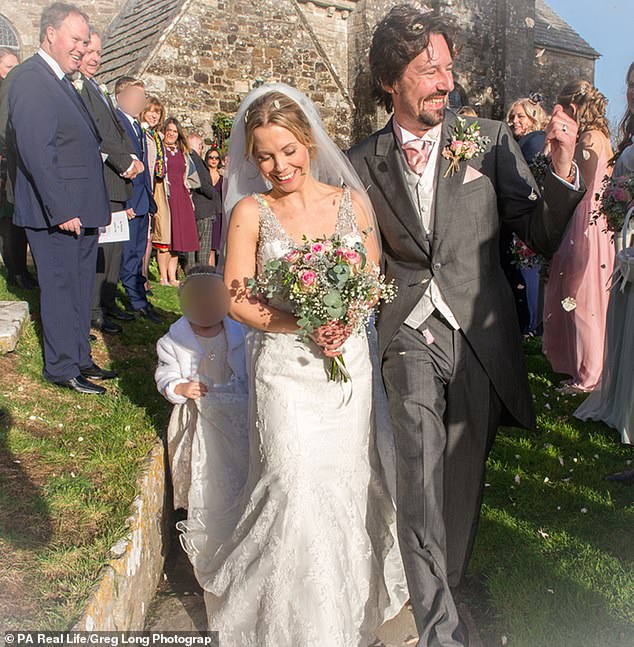 Blushing bride: Debbie saved money on her wedding gown by buying through a BBX member 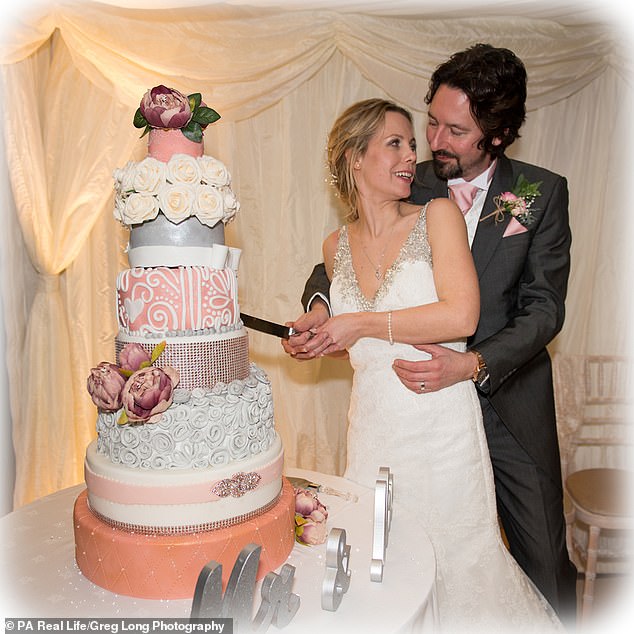 Moments to treasure: Debbie and Bill were able to get marry quickly as they didn’t have to save

Money saved by Bill and Debbie by using BBX:

‘We were able to use Bill’s brother Jack and his wife Pippa’s pub, the Bankes Arms in Studland, with a beer garden overlooking the sea – and had a marquee which was about £11,000 on BBX.

‘It was really good, they’d built in a wall, and a clear ceiling so we could see the sky and sea view, we had chandeliers, tables, chairs and a bar.’

Debbie, who has a five-year-old daughter Mia Rose from a previous relationship, was introduced to BBX by Bill, who was among the community’s first members.

The couple, who became engaged in September 2018, hoped by using BBX they could pay for their big day without relying on spending all of their business profits.

Debbie continued: ‘When we sat down with our wedding planner, we thought we could spend £10,000 cash and the rest could be on BBX.

‘I was thinking, “We can get a credit card,” or see what we could ask family for, or we can use BBX. It was one of those things – go for it, or wait a year.’ 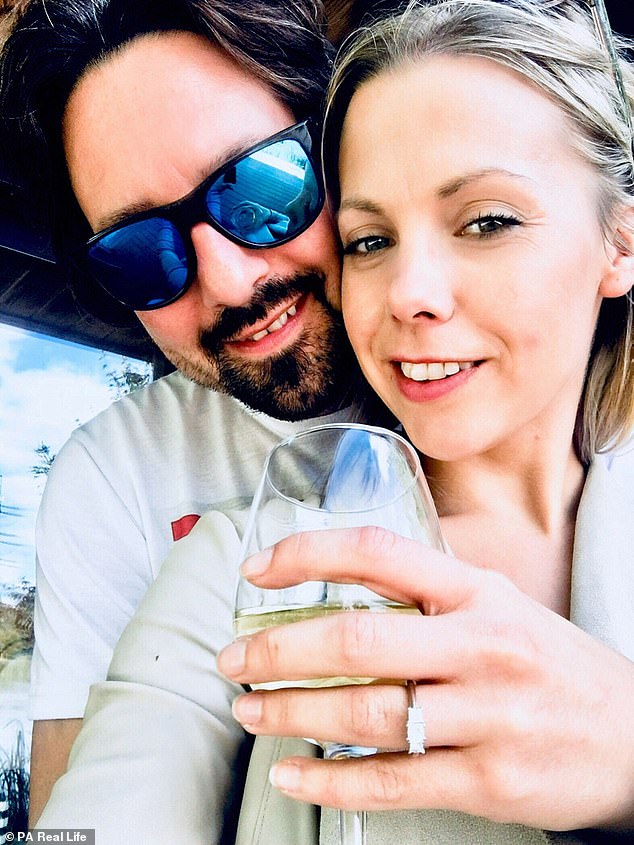 Popped the question: Bill proposed to Debbie in September and the pair wed last month 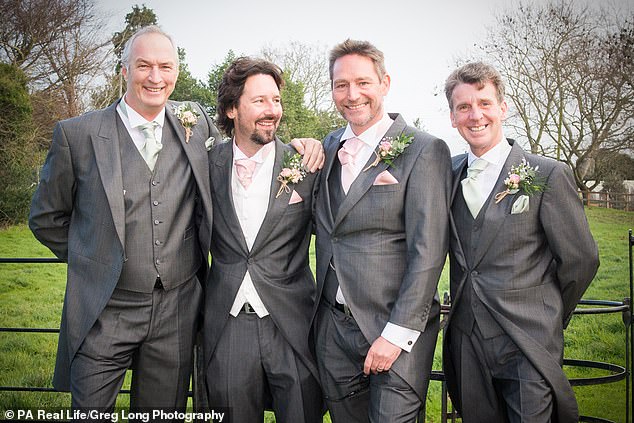 Saving money: Bill, second from left, saved more than £800 on his suit for the big day 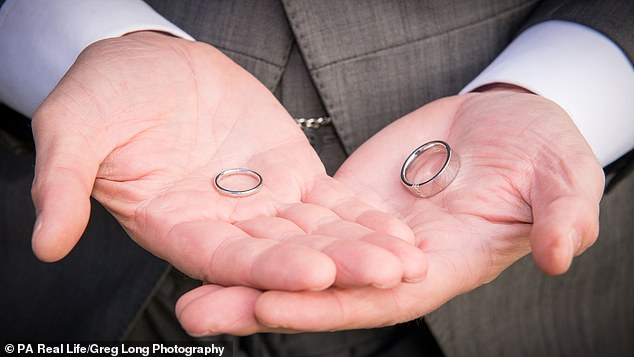 Symbol of their love: The couple also bought their rings using BBX – and saved £1,500

In the end, not only did the couple have a marquee but Debbie also bought a £980 dream fishtail, fitted lace and pearl-trimmed ivory low-backed dress with cyber money.

The couple even bought their wedding rings which cost £1,500 with BBX.

Using the cyber currency also freed up money for the couple to use on other things, like paying for a night in a high-end hotel called The Pig the night before their wedding.

Debbie added: ‘I was able to get all the bridesmaids’ dresses with my own money, costing around £500 in total, too, because I’d saved on other things, which was such a special thing to be able to do for my friends.’

Now the couple are looking forward to their honeymoon and hope to enjoy fringe benefits as a result of BBX.

She added: ‘We’ve just celebrated a month as husband and wife and rather than having the headache of paying off a wedding bill, we’re looking forward to a bright future and planning our honeymoon.’

Craig Rowe discusses issues with his property's roof We use your sign-up to provide content in ways you’ve consented to...