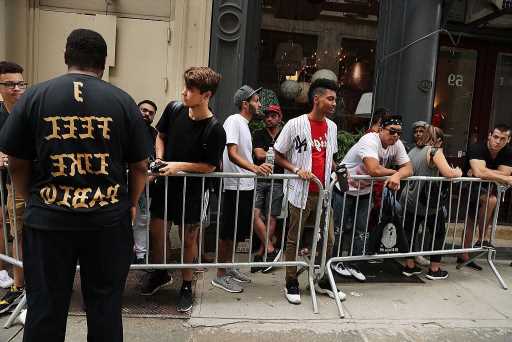 Documentary studio XTR and Crooked Highways are teaming up on “Merch!”

The upcoming documentary will look at the origin and impact of music merchandise through the stories of pivotal musicians, designers, fans, and entrepreneurs who helped commodify artists. The non-fiction feature will trace the history of these products, starting with the first Elvis Presley concert t-shirt. That continued with the psychedelic tie-dyed look popularized by the Grateful Dead and the skull-heavy iconography of Metallica and Megadeth. It extends to the present day, when artists like Kanye West, Justin Bieber, Harry Styles and Billie Eilish continue to mint money through imagery, posters, clothes and more.

“Merch!” will feature archival footage and will tell the story of the late merchandising legend, Dell Furano, as well as his brother Dave Furano, who co-founded Winterland Productions with Bill Graham. They witnessed merchandise transform from niche products for die-hard concert-goers to a massive revenue stream with the rise of streaming music and the decline of record sales.

“Merch!” is directed and produced by Brian Furano and Ryan Gall, and is executive produced by Bryn Mooser, Kathryn Everett and Abazar Khayami for XTR. Gall co-founded the Global Citizen Festival and executive produced “Activate,” the National Geographic docuseries, in addition to co-directing “Louder Together,” a documentary narrated by Hugh Jackman. Furano brings his decades of experience working in licensing and entertainment for companies such as Live Nation Merchandise, Sony Signatures and Epic Rights to the film, as well as more personal memories and stories from his family, whose business helped launch the merchandising movement.

“I grew up backstage at concerts starting in the mid-80s and I’ll never forget one show at the Oakland Coliseum, where I realized not just how big the family business had become, but the connection and elation it brought to fans’ faces as they purchased their merch,” said Furano. “What felt like we were printing ‘Born in the USA’ t-shirts by the millions has turned into a cultural revolution, and I can’t wait to show viewers what the other side of the business looks like.”

“My love for music and merch started off in the late ’90s, going on the road with bands to film, tape, and eventually, after meeting the Furano family, creating art and merch experiences on tour with Ozzy Osbourne, Barbara Streisand, and the Rolling Stones. I got to see the pure joy people got when they got their hands on their favorite band’s merch item,” said Gall. “It’s fascinating to see where music merch is today and a dream 20 years in the making to be able to tell this story of its origins and current state.”

The news comes on the heels of XTR’s announcement on a new documentary in production celebrating the influence of boy band superfans directed by Gia Coppola with Aggregate Films, “superfans: screaming. crying. throwing up.” The company is also premiering six documentaries at Tribeca Festival including “Menudo: Forever Young,” a docuseries for HBO Max about the Latin American boy band of the same name.