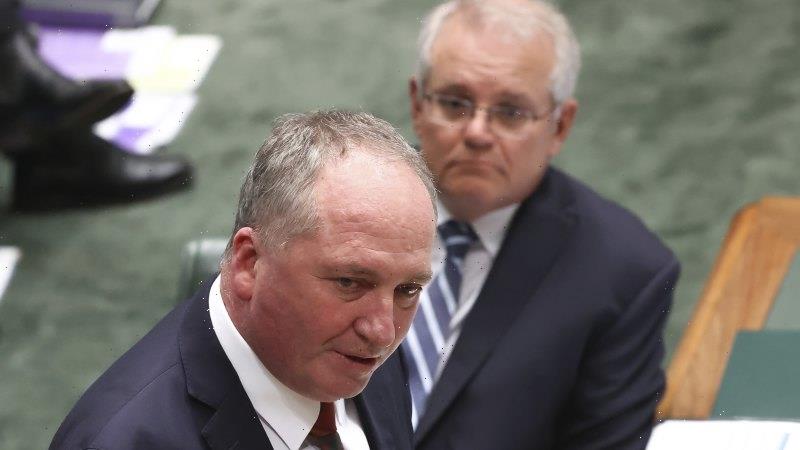 Despite headlines about the government being held hostage by the Nationals over a deal on net zero, the rural side of the Coalition has risked its self-proclaimed reputation as ‘champions of the bush’ by failing to nail down their key demand just months away from a federal election.

When the Nationals signed up to Prime Minister Scott Morrison’s net zero climate policy, senior MPs made sure even those living beyond the black stump knew their support was conditional on securing a big payout for regional communities that rely on carbon-intensive industries like mining and manufacturing. 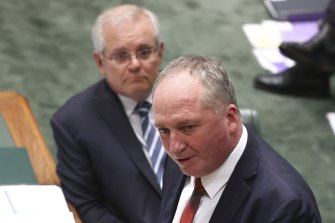 Deputy Prime Minister Barnaby Joyce needs Prime Minister Scott Morrison to stump up the cash for a rural fund ahead of the election. Credit:Alex Ellinghausen

But they ended up endorsing net zero without securing a public commitment to the rural future fund that was at the heart of their demands.

Now they’re imploring Scott Morrison to commit the big bucks, in a sign they’re worried they could end up like French President Emmanuel Macron – mired in a bitter dispute with Mr Morrison over a deal gone sour.

Nationals leader Barnaby Joyce told The Sydney Morning Herald and The Age on Thursday the rural future fund must be big enough to replace jobs in rural communities that would be lost as carbon-intensive businesses in mining and manufacturing are replaced by cleaner industries.

“They need a fund that actually inspires new businesses that will employ people to start up, if what the globe is saying is going to happen,” Mr Joyce said.

Cuts to irrigation entitlements, the sale of Telstra, regional council amalgamations and agricultural industry deregulation are just a sliver of historical policies pushed by Coalition governments that to this day drive regional perceptions that the Nationals don’t stand up to the Liberals.

“If China needs time and help then so does Chinchilla,” she said.

It’s not just the net zero deal risking brand damage for the Nats at the election, which must be held in May at the latest.

Farmers are front and centre of a policy that would see them paid for sequestering up to 100 million tonnes of carbon a year in their soil, enabling Australia’s carbon-intensive industries to offset a significant amount of pollution.

But experts warn the costs of switching farming practices to capitalise on carbon sequestration would outweigh the promised returns. What’s more, middlemen marketing farmers’ carbon are writing contracts with onerous payback liabilities to the landowners if the carbon isn’t delivered, even if uncontrollable weather events like floods or drought wipe the soil carbon away.

The Queensland Liberal National party held their seats at the 2019 federal poll with a scare campaign over Labor’s ambitious emissions cuts at the core of their campaign.

Now the Nats have their own climate policy to sell, but Queensland Senator Matt Canavan is showing no signs of toeing the party line as he ramps up his anti-net zero campaign.

It remains to be seen if the Coalition will deliver a big enough rural fund for the Nationals to overcome their climate policy about-face. While they secured an extra seat in federal Cabinet as a condition of their net zero deal, senior Liberals hold key finance portfolios and will have a big say on the size of a rural future fund.

Nationals voters have long memories, as recriminations over decades-old rural policies show. Calling for more cash and then blaming the Prime Minister for failing to deliver won’t cut it.

Get weekday updates on the climate summit that will shape our future. Sign up to our COP26 newsletter here.